Meet the team that builds The Block 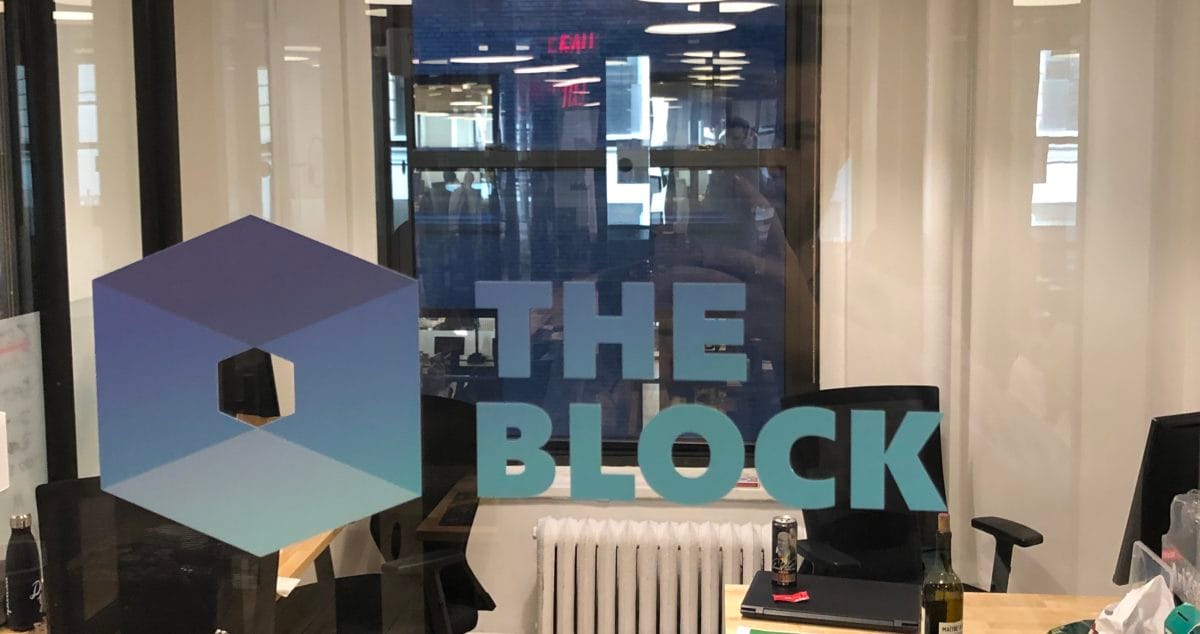 Walk up Broadway from the Cortlandt Street stop in Manhattan. Turn right down Park Place and go up four flights in an old building built by long dead bankers and financiers. Make your way through a warren of tiny cubicles and you'll find the The Block offices, the home of the scrappiest, most punk-rock team of crypto journalists in the world. It's a pleasure to make your acquaintance.

What follows is a list - in no particular order - of the amazing people who make this site happen every day. Our mission is simple: to clarify and amplify the changes going on in fintech, finance, and crypto today and present them in a readable way. We understand that we all stand on the edge of the future every day. And we're ready to take the leap with you.

Joel Escobar - Joel Escobar is Head of Platform Engineering at The Block and his love for startups and media has led to a career at companies from Univision Radio to Hearst Corporation. Before joining The Block, Joel enjoyed the longest tenure of the engineering team at Refinery29 where, as a Platform Architect and Devops Manager, he provided leadership in engineering as well as culture. He is a native of Houston, TX and a life-long maker. When not busy with system design and automation, Joel enjoys brewing coffee and building family.

Jake McGraw - Jake McGraw is Co-Founder and CTO at The Block. Previously, he was ATTN:'s Chief Technology Officer where he oversaw product development, software engineering, data science, and information technology. He was one of the first engineering hires at Refinery29 and graduated from Binghamton University in 2006, where he majored in Computer Science. His professional interests include the intersection of media and software, specifically programmatic media distribution and optimizing media production processes. Jake is originally from New York's Hudson Valley and is an outdoor enthusiast and avid hiker.

Chris Nesi - Chris Nesi is Managing Editor of The Block.

Chris started his news career as a newspaper reporter in northern New Jersey before running his own site for AOL as part of the erstwhile Patch local news network. He then spent six years as copy editor for TechCrunch, and was a longtime contributing editor for Consulting magazine. His work has been featured in TechCrunch, Huffington Post, Mental Floss, Primer Magazine and elsewhere.

He loves finance, watching the news in 7 hour blocks, and old school video games. He lives in Denver with a cat who consumes most of his free time. [email protected]

Frank Chaparro - Chaparro started his career at Business Insider, where he specialized in the intersection of digital assets and Wall Street, market structure, and financial technology. He has received numerous accolades for his work and maintained the position as one of the most well-read fintech reporter through his time there, breaking stories on firms such as Fidelity, JPMorgan, Goldman Sachs, Citigroup, and Nasdaq.

In 2018, he become a sought after reporter in the crypto world, interviewing luminaries such as Tyler Winklevoss, the cofounder of Gemini, Jeremy Allaire, the CEO of Circle, and Fundstrat head Tom Lee. He joined The Block to dive deeper into his specialty and is responsible for investigating the most powerful figures and firms in the cryptocurrency market and unearthing market moving news. [email protected]

Matteo Leibowitz - Matteo joined The Block as a Research Analyst in January 2019.

After graduating from Columbia University in 2017 Matteo launched CryptoChat, an industry-leading newsletter providing commentary and analysis on the latest developments in the blockchain world, with emphasis on the burgeoning Ethereum ecosystem.

Before joining The Block, Matteo was also the founder of NashHash, an Ethereum-based platform for p2p game-theory games, an advisor to several early-stage blockchain-based projects, and an active investor across the crypto asset markets.

Matteo’s interests include the analysis of on-chain data, which has led to the creation of the Fee Ratio Multiple and Network Value to Aggregate Fee Ratio metrics, and the intersectionality of Open Finance protocols. [email protected]

Isabel Woodford - Isabel is The Block’s London and European reporter. She previously reported for Reuters in Madrid and London, following on from her time as a freelance journalist for the Guardian and the New York Times. She has a Bachelor's in War Studies from King’s College London and a Master of Philosophy from the University of Oxford. [email protected]

Steven Zheng - Steven Zheng is Head of Research for The Block. He joined The Block in August 2018. Steven graduated from St. John’s University with a degree in economics. Previously, he covered blockchain and crypto at Radicle, a startup analytics firm. He also had brief stints at Cheddar, a media startup, and Bowery Capital, a venture capital firm.

Topics that Steven covers for The Block include industry maps, Block by Block, and Bitcoin. [email protected]

John Biggs - John Biggs is Editor-in-Chief at The Block. He's an entrepreneur, consultant, writer, and maker. He spent 15 years as an editor for Gizmodo, CrunchGear, and TechCrunch and has a deep background in hardware startups, 3D printing, and blockchain. His work has appeared in Men’s Health, Wired, and the New York Times. He runs the Technotopia podcast about a better future.

He has written five books including the best book on blogging, Bloggers Boot Camp, and a book about the most expensive timepiece ever made, Marie Antoinette’s Watch. He lives in Brooklyn. [email protected]

Ryan Todd - Ryan joined The Block in January 2019 as an analyst covering the intersection of crypto and fintech. Previously, he worked at Deutsche Bank as an equity analyst in Financials & Payments, and recently spent time at ConsenSys exploring crypto research and the broader Ethereum ecosystem. Ryan holds a BS in Economics and Accounting/Finance from Florida State University, and an MSF from Vanderbilt University. [email protected]

Larry Cermak - Larry's goal is to bring rationality to the cryptocurrency and blockchain space. Previously, he was the Head Analyst at Diar where he was responsible for delivering institutional-grade analysis for the weekly newsletter. He has an undergrad degree in Economics from Skidmore College. He came to the US when he was recruited to play basketball at a small college prep high school. He is originally from the Czech Republic. [email protected]

Mike Dudas - Mike Dudas is the founder and CEO of The Block, the leading media & information brand in the blockchain and cryptocurrency ecosystem. The Block's expert-based model, in which all journalists and researchers are deep industry participants, has received universal acclaim and led to 400K monthly users in under 4 months.

Previously, Mike was co-founder and CRO of Button, the leading global, mobile performance marketing platform. Mike is a builder of mobile commerce businesses, having worked at Google, Braintree/Venmo and PayPal. Early in his career, Mike worked in corporate M&A and strategy for Disney. Mike earned a BA from Stanford and an MBA from Kellogg. [email protected]

Michael McCaffrey - Mike wears a number of hats at The Block as both Chief of Staff and Director of Operations. Prior to joining The Block, Mike was an investment banking analyst at Citi, where he familiarized himself with some of the inner mechanisms that drive successful companies by working on a variety of strategic acquisitions and equity offerings in the financial institutions space. Mike holds a BSc in Economics and Statistics from Carnegie Mellon University.

Got a tip for a story? Get in touch. [email protected].