S&P 500 companies will hold bitcoin by end of 2021, majority of The Block’s Outlook Survey respondents say

In September, the correlation between the S&P 500 index and bitcoin was near an all-time high. Now, investors believe S&P500 constituent companies will have bitcoin on their balance sheets by the end of next year, according to The Block's annual outlook survey.

Out of the 44 participants in the survey, 51.4% said between five and nine S&P 500 companies will have bitcoin on their balance sheets by the end of 2021. About 16% were more optimistic, saying 10 or more companies will hold bitcoin. 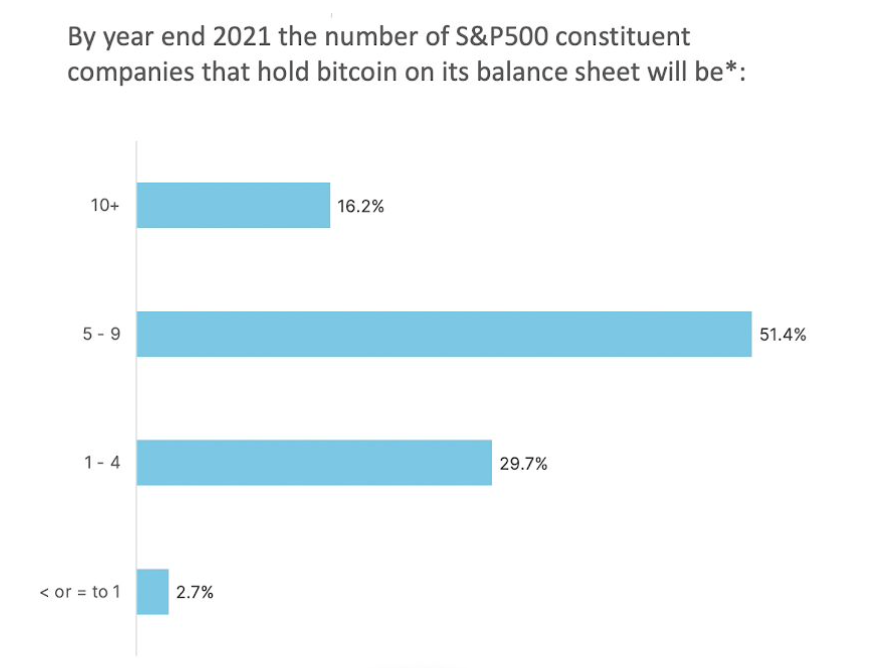 The S&P 500 question and others can be found in The Block Research 2021 Digital Asset Outlook Report.

This brief updated the number of survey participants to n = 44