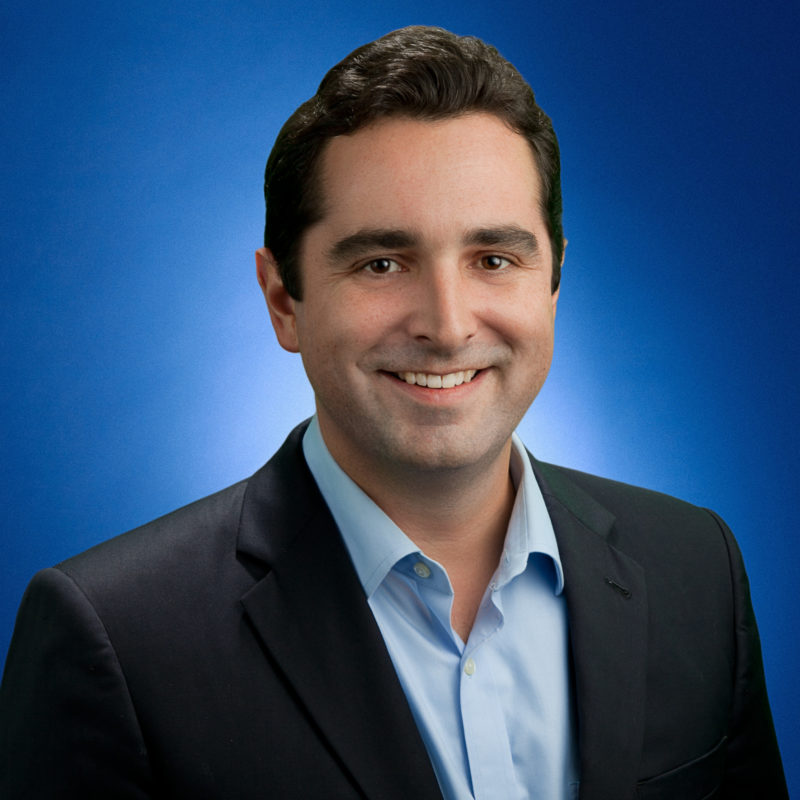 Mike Dudas is the founder and CEO of The Block, the leading media & information brand in the blockchain and cryptocurrency ecosystem. The Block's expert-based model, in which all journalists and researchers are deep industry participants, has received universal acclaim and led to 400K monthly users in under 4 months. Previously, Mike was co-founder and CRO of Button, the leading global, mobile performance marketing platform. Mike is a builder of mobile commerce businesses, having worked at Google, Braintree/Venmo and PayPal. Early in his career, Mike worked in corporate M&A and strategy for Disney. Mike earned a BA from Stanford and an MBA from Kellogg.

Steven Nerayoff, a technology entrepreneur involved with Ethereum, CasperLabs, tZero and dozens of other initial coin offerings (ICOs) and cryptocurrency projects, was arrested today along with Michael Hlady on charges of extortion. The U.S. Attorney for the Eastern District of New York and the FBI’s New York Field Office jointly announced the charges. The two […]
Read Full Story

The hacker who stole more than 106 million records from Capital One this past week was able to do so because of “a specific configuration vulnerability,” according to the company, long known for having a strong security team. A Wall Street Journal analysis of records left behind by the alleged hacker, Paige A. Thompson, a […]
Read Full Story

MoneyGram CEO Alex Holmes touted the benefits of the company’s commercial agreement with Ripple in the company’s Q2 2019 earnings call, the first since the strategic partnership was announced. MoneyGram stressed the financial aspects of the agreement, noting that Ripple paid $4.10 for $MGI shares, a significant premium to the $1.45 price at which shares […]
Read Full Story 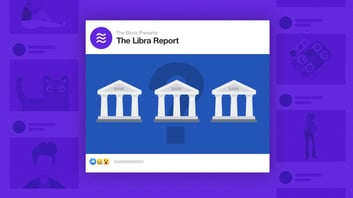 Facebook's Libra cryptocurrency: where are the banks?

When looking at a new money or payments system meant to replace an old one, one need only look at who is missing from the list of partners to understand what is being replaced. In the case of the Facebook-led Libra Association, which was unveiled today, the missing link from our current financial world is […]
Read Full Story

Apple is set to announce CryptoKit, a new framework to “perform cryptographic operations securely and efficiently,” at WWDC 2019. CryptoKit will be available in Apple’s upcoming iOS 13. Apple’s team will unveil CryptoKit capabilities in a WWDC session titled “Cryptography and Your Apps” on Wednesday, June 5, 2019.  CryptoKit will allow developers to carry out […]
Read Full Story

Robinhood Crypto is now available to residents of New York, per an e-mail the firm sent to customers this morning. Robinhood had announced in January that its cryptocurrency product would be available to customers, following the company’s securing of a coveted BitLicense. Robinhood’s announcement a year prior that it was getting into crypto made a […]
Read Full Story

The NY Attorney General’s office (OAG) submitted opposition on Friday to Bitfinex’s motion to void the agency’s court order that shook the crypto world late last month. The OAG cited the so-called Martin Act in its opposition, which gives the OAG power “to conduct investigations of suspected fraud in connection with the purchase, sale, or […]
Read Full Story

Show me the bitcoin. That’s what Craig Wright has been ordered to do by a federal court as part of a lawsuit filed against the computer scientist by the estate of Dave Kleiman, a deceased entrepeneur.  The Southern District of Florida issued the order on May 3, which would require Wright to produce records of […]
Read Full Story

Facebook’s long-rumored stablecoin will be at the center of a brand new payments network, according to a report in The Wall Street Journal. Project Libra, as the blockchain initiative is called internally, will reportedly involve a stablecoin backed by government currency. A source close to the situation confirmed to The Block aspects of The Journal’s […]
Read Full Story

Bitfinex CEO Jean Louis van der Velde e-mailed the cryptocurrency exchange’s traders today to update them on the lawsuit filed against Bitfinex and Tether by the New York State Attorney General’s office on Thursday, April 25, 2019. According to van der Velde, the filing is “filled with inaccuracies and false assertions.” He claims that Bitfinex […]
Read Full Story

As speculation of major problems at Bitfinex and Tether ran rampant last October amidst rumors of customer withdrawal issues, Bitfinex published a notice to the market stating that there were no issues with the exchange. As customers and the public questioned the solvency of the related entities and the price of the stablecoin Tether dropped […]
Read Full Story

SEC set to spend up to $238,787 annually on cryptocurrency financial analyst

The SEC is looking to bolster its cryptocurrency chops by hiring a “Financial Analyst Cryptocurrencies.” According to the job listing, posted in early April, the analyst will have a robust set of responsibilities: “The Crypto Specialist provides expertise and coordinates TM activities regarding crypto and digital asset securities. Duties include coordination with Division staff to […]
Read Full Story

Square CEO Jack Dorsey caused quite a stir on Twitter Wednesday evening, declaring that “Square is hiring 3-4 crypto engineers and 1 designer to work full-time on open source contributions to the bitcoin/crypto ecosystem.” Dorsey has recently become a hero to many Bitcoin fans due to his participation in the Lightning Network Torch passing and […]
Read Full Story

Ripple’s Xpring today announced it is partnering with blockchain gaming platform startup Forte by providing $100 million for investment in blockchain gaming developers. The young startup was only first announced in February and is led by Kevin Chou, formerly in charge of mobile gaming and esports at Kabam. Forte’s leadership roster is strong, featuring former GarageGames and Unity […]
Read Full Story

No cash? No problem. Local and state governments pass bans on cashless stores

An increasing number of stores nationwide have recently turned “cashless,” refusing to accept Washingtons, Lincolns, Jacksons and Benjamins. At some of these stores, such as Sweetgreen, customers are expected to download the company’s mobile app and pay via a QR code. At the majority of stores, customers are expected to swipe their credit or debit […]
Read Full Story

Coinbase CEO Brian Armstrong announced this evening that the company is firing key members of recently acquired high-profile security firm Neutrino. Per Armstrong: We had a gap in our diligence process. While we looked hard at the technology and security of the Neutrino product, we did not properly evaluate everything from the perspective of our […]
Read Full Story

Goldman Sachs has lost the COO/CRO of its consumer unit Marcus to online payments powerhouse Stripe, according to Bloomberg. Colin Kennedy, who held dual operational and revenue leadership roles at Marcus, has assumed the role of Head of Banking and Issuing Partnerships at Stripe, per LinkedIn. Kennedy joined Goldman Sachs via the acquisition of financial […]
Read Full Story

Since Day One, The Block has been fearless, seeking to bring vital journalism, research, and analysis to readers and the crypto community. In five months, we have grown from one brave researcher to a team of tenacious global crypto natives who are always-on, expert communicators. We have broken market moving news stories, created numerous industry […]
Read Full Story 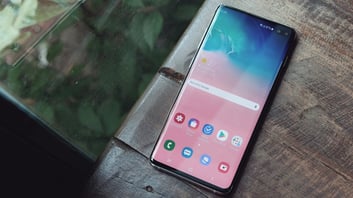 Newly leaked images of Samsung’s flagship Galaxy S10 device show support for cryptocurrencies within the device. The “Samsung Blockchain KeyStore” is described as both “a secure and convenient place for your cryptocurrency” and a place to “secure and manage your blockchain private key.” New #GalaxyS10 live images leak with ‘Samsung Blockchain KeyStore’ (images via @GregiPfister89) […]
Read Full Story 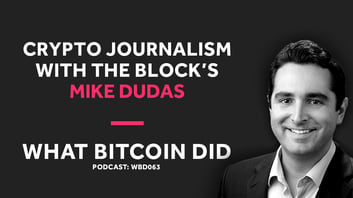 What Bitcoin Did: Mike Dudas from The Block on Crypto Journalism