Cryptopia users are entitled to their funds, court rules in a landmark judgment

Users of Cryptopia exchange, which suffered a hack and went into liquidation last year, are entitled to their funds, according to a court judgment.
Full Story

Disclaimer: These summaries are provided for educational purposes only by Nelson Rosario and Stephen Palley. They are not legal advice. These are our opinions only, aren’t authorized by any past, present or future client or employer. Also we might change our minds. We contain multitudes. As always, Rosario summaries are “NMR” and Palley summaries are […]
Full Story 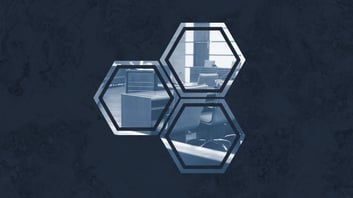 Cryptocurrency exchange Cryptopia has applied for interim relief with the bankruptcy court in the Southern District of New York so that it can keep users’ accounts active on servers in Arizona, its liquidator Grant Thornton wrote. The New Zealand-based company is also seeking recognition for liquidation in the US. The interim order will allow Cryptopia […]
Read Full Story

The founder of a recently shut down cryptocurrency exchange Cryptopia is planning to launch a new exchange called Assetylene, Decrypt Media writes. Cryptopia went into liquidation earlier this month following a $23 million breach in January. Cryptopia’s founder Adam Clark departed from Cryptopia in early 2018 “due to new management wanting to take the company […]
Read Full Story

Cryptopia, a cryptocurrency exchange headquartered in New Zealand, has halted trading and announced that it is now in liquidation. In January, the exchange suffered a security breach in which millions of dollars were stolen. Despite the loss, management believed it could reduce costs and return the business to profitability. Before the announcement, the exchange was […]
Read Full Story

Cryptopia hacker who pulled off a $16M heist still going

Cryptopia has still not located its security gap, as the hacker who stole $16 million in ethereum earlier this month has since taken another 1,675 ETH (worth about $180,000) from 17,000 Cryptopia wallets, blockchain analysis firm Elementus reports. Some of the wallets had been previously identified as at-risk or had already been emptied in the original hack. […]
Read Full Story

Binance freezes some of the $3.6 million stolen in Cryptopia breach

Binance CEO Changpeng Zhao has confirmed freezing a portion of the funds stolen from Cryptopia earlier this week, expressing his uncertainty on Twitter as to what motivated the hackers to send the stolen tokens their way. “Social media will be pretty fast to report it, and we will freeze it,” he said in a tweet. […]
Read Full Story