Twitter is funding a developer team, dubbed Blue Sky, to establish a decentralized standard for social media, said Twitter CEO Jack Dorsey on the social media platform he helms.  In a Twitter thread on Wednesday, Dorsey said the team will include up to five open source architects, engineers, and designers, and Twitter CTO Parag Agrawal […]
Read Full Story 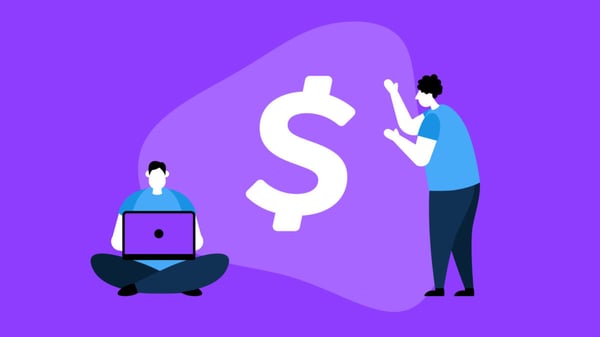 Square is beating Coinbase on low-value bitcoin purchase fees, but that’s not its only bright spot

Square, the payment processor unicorn led by bitcoin believer Jack Dorsey, reported yet another record-breaking quarter of bitcoin purchase volumes ($148 million) within Cash App.  According to analysis by The Block, while bitcoin volumes still pale in comparison to larger U.S. retail crypto exchanges, the surge in bitcoin demand at Square (18% Q/Q) grew at […]
Read Full Story

Another quarter, another bitcoin sales record for Square Cash App. Square posted a record $148 million in quarterly bitcoin sales for the third quarter of 2019, up ~20% on volumes from last quarter, and up more than 245% since Q3 2018. In terms of BTC, The Block estimates that the total volume of BTC sales […]
Read Full Story

Cash App, the bitcoin-friendly payments app from Square, has officially announced stock trading support. With Cash App, users can purchase fractional shares of publicly traded companies with as little as one dollar. “You don’t need to buy an entire share to make your first investment,” Cash App noted from its official Twitter account. The firm […]
Read Full Story

Payments firm Square is rolling out a new Cash App feature that will allow users to make free stock trades, per a Bloomberg report.  The launch date of this new feature is still to be determined, although the firm has already begun testing it in recent weeks, according to Bloomberg. Cash App, Square’s peer to […]
Read Full Story

Square’s Cash App is launching bitcoin deposits, CoinDesk writes. The app might have started rolling out the feature prior to full launch as deposits are not yet available for all Cash App users. Cash App users can purchase and sell bitcoin; they can also make cryptocurrency transfers to other wallets. According to Cash App’s website, […]
Read Full Story

Square has been handling credit card transactions for CBD startups

Square, the California-based payments firm, has found its way to the nascent CBD market, handling credit card transactions for a number of startups in the space, Business Insider reported.  The market around CBD, an oil derived from cannabis with soothing properties, is exploding, but firms in the space have struggled to establish relationships with payment […]
Read Full Story

Square CEO Jack Dorsey caused quite a stir on Twitter Wednesday evening, declaring that “Square is hiring 3-4 crypto engineers and 1 designer to work full-time on open source contributions to the bitcoin/crypto ecosystem.” Dorsey has recently become a hero to many Bitcoin fans due to his participation in the Lightning Network Torch passing and […]
Read Full Story

"I love this technology and community:" Square launches a new bitcoin/crypto initiative

“Vires in numeris.” In Latin, strength in numbers. That appears to be the motto of a new initiative at Square, the payments company run by Twitter CEO Jack Dorsey, as per its fresh Twitter account. Dorsey, who also leads Square, said the firm is hiring to build out the team for Square Crypto, per a […]
Read Full Story

No cash? No problem. Local and state governments pass bans on cashless stores

An increasing number of stores nationwide have recently turned “cashless,” refusing to accept Washingtons, Lincolns, Jacksons and Benjamins. At some of these stores, such as Sweetgreen, customers are expected to download the company’s mobile app and pay via a QR code. At the majority of stores, customers are expected to swipe their credit or debit […]
Read Full Story 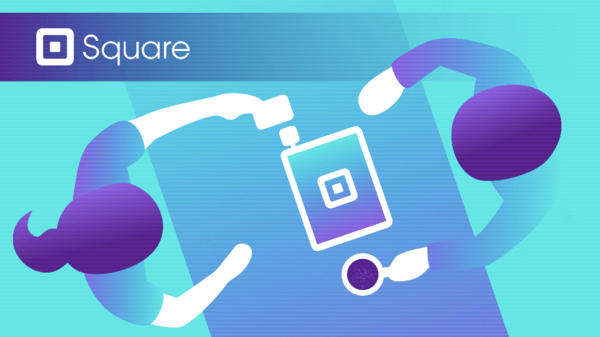 Square, the payments unicorn led by bitcoin believer Jack Dorsey, reported earnings for the fourth quarter Wednesday evening that beat analyst estimates but fell short on guidance.  At last check shares were down 6 percent at $74 per share in after-hours trading. Last year, the firm enabled bitcoin buys and sells on its Cash App […]
Read Full Story

Jack Dorsey: Cash App Lightning Network integration not an 'if' but a 'when'

Following his participation in the Lightning Network Torch game, Jack Dorsey, CEO of Twitter and Square, went on the Stephan Livera podcast with Lighting Labs CEO Elizabeth Stark, to discuss Bitcoin, the Lightning Network, and the Cash App. When asked why he decided to focus on Bitcoin instead on other alternative cryptocurrencies, Dorsey said that “it’s […]
Read Full Story

The fintech startup Acorns is now valued at $860 million, CNBC reports. In the latest funding round, led by NBCUniversal and Comcast Ventures, the company got $105 million in funding. This millennial-oriented app enables smart investments by automatically investing small change left over from credit and debit card payments. It also offers education on fiscal matters. […]
Read Full Story

Square reported Q3 2018 earnings on November 8, and the company’s Bitcoin sales continued to increase. During the quarter, Square generated $43 million in revenue from Bitcoin and a profit of $500,000. Square now allows customers in all 50 states to buy and sell Bitcoin via the company’s Cash App. The revenue figure represented nearly […]
Read Full Story

The mobile payments company announced that the documentation, code, and tools for its “Subzero” Bitcoin cold storage solution now available via its GitHub. Users of Square’s Cash App can buy, sell, and withdraw bitcoins from their accounts. Square leverages Subzero to store the bitcoins that it manages. One of Subzero’s unique features is a customized implementation […]
Read Full Story

Donating crypto and stocks can lower your taxes.
The Giving Block is your one stop shop for giving any way you want to give. Find out why ->