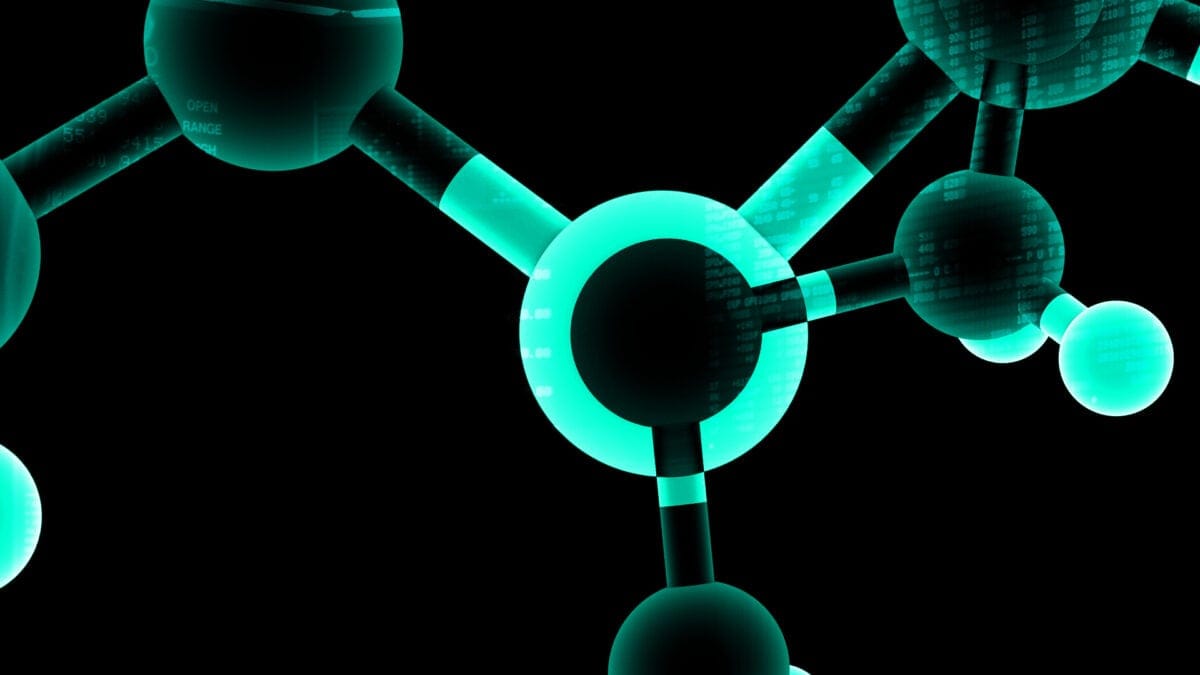 0x Labs, the startup behind the eponymous decentralized exchange (DEX) protocol and a provider of DEX infrastructure, has raised $15 million in a Series A funding round.

The round was led by Pantera Capital, a prolific investor in the industry, with participation from Jump Capital, Coinbase Ventures. Blockchain.com Ventures, Nima Capital, IOSG, the DeFi Alliance. 0x Labs said in a statement that a range of “operators, market makers, and builders across DeFi” also took part.

The Series A round comes during what might be called an auspicious period for the decentralized exchange space, and decentralized finance in general. Decentralized exchanges posted their highest-ever monthly volume in January — north of $60 billion for the month, according to data collected by The Block Crypto — signaling that the ecosystem of non-custodial exchange protocols is capturing a small but growing segment of the broader market interest in cryptocurrencies and tokens.

What the sector might look like a year from now is also, perhaps, an open question. Popular, trend-setting protocols continue to suffer from exploits that cost resources and invite public criticism and scrutiny. And regulators, all the way up to the U.S. Securities and Exchange Commission, have their eyes on the DeFi space — albeit in a context in which they face key challenges, including how to define what “decentralization” means in an oversight context.

Plans for Matcha and more

0x Labs told The Block that the Series A round was its first equity round, after having completed a $24 million sale of its ZRX token in 2017.

The firm’s plans for that money reflect the positive outlook: 0x plans, among other action items, to invest and expand in Matcha, the platform for aggregating liquidity from other DEXs that it launched in June. The idea behind Matcha is to provide users with the best price across DEXs, drawing from notable marketplaces like Uniswap and Curve.

In a statement, 0x Labs struck an optimistic tone, framing its next steps as a process leading to a more open financial system — a vision shared by many in the DeFi ecosystem.

“While we’ve made strides toward our vision of open and globally accessible markets, we are just getting started,” the startup said in a press statement. “The fact remains that an individual’s economic freedom and opportunity in life is primarily determined by the geographic region they are born into.”

“The opportunity to leave the geographic lottery behind by building a global financial system that is more efficient, transparent, and equitable is tremendously important and we couldn’t be more excited to take on this challenge,” 0x continued.

0x isn’t alone among companies serving the nascent DEX industry that are raising funds for future development. In December, aggregation service 1nch nabbed $12 million in a SAFT sale months after taking in $2.8 million in a seed round led by Binance Labs. Earlier this week, a privacy-focused DEX raised $1.1 million in seed funds from a group that included VC notables Three Arrow Capital and Alameda Research.

Market moves ahead of funding news

ZRX was trading below $0.80 early Thursday, and the token saw significant gains heading into the following day, according to CoinGecko. The price activity peaked at $2.18 on Coinbase.

After the publication of this report, a spokesperson for 0x told The Block that 0x Labs institute a company-wide prohibition on ZRX trading beginning at 5 p.m. PST on February 3, which remains in effect.

The TradingView chart below shows the trajectory of ZRX’s price leading into Friday (using data from Coinbase): 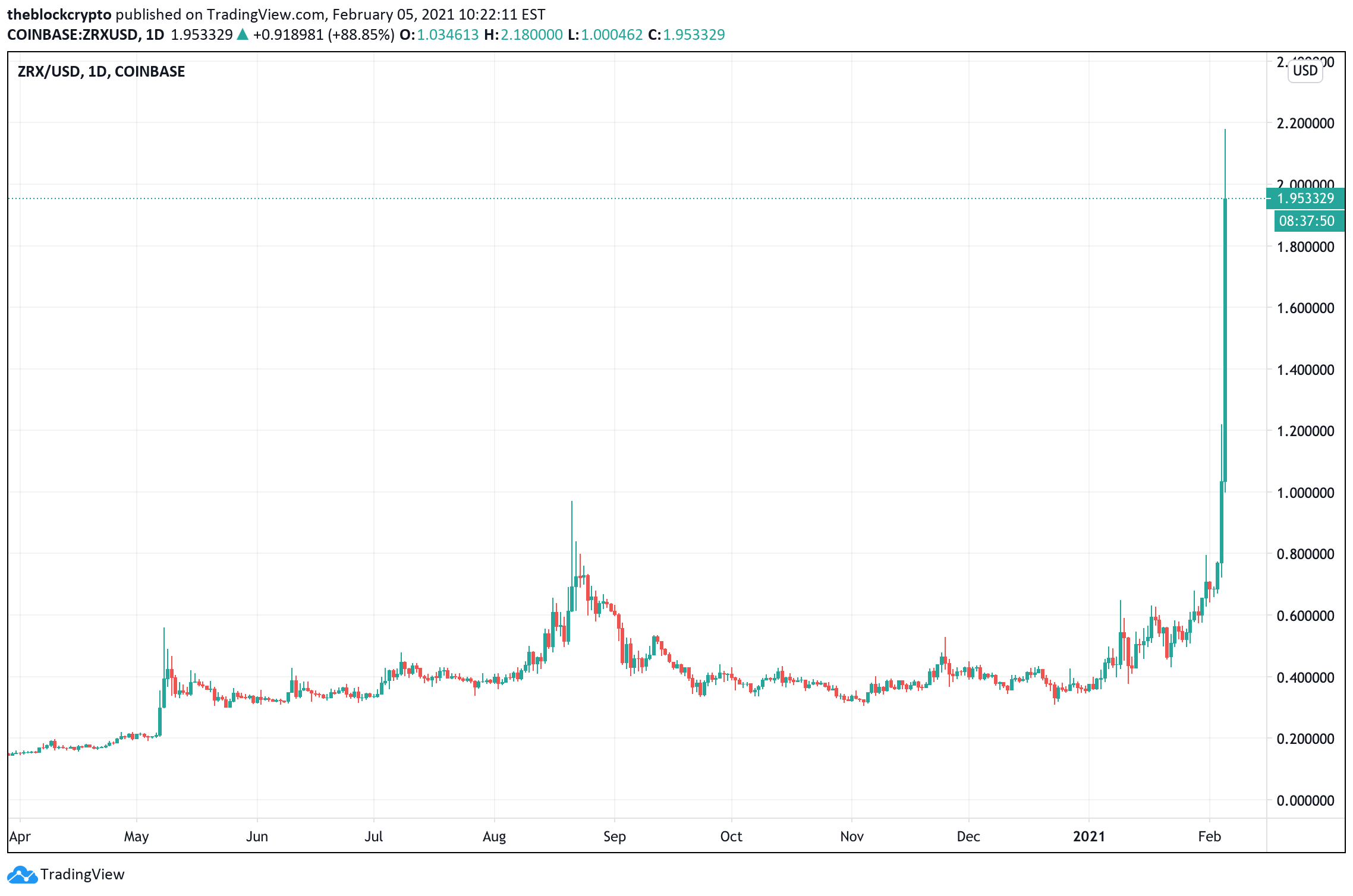 As of press time, ZRX is trading at roughly $1.71 per token.

Disclosure: Pantera Capital is an equity investor in The Block.

Update: This report has been updated with additional information about the recent ZRX price developments.