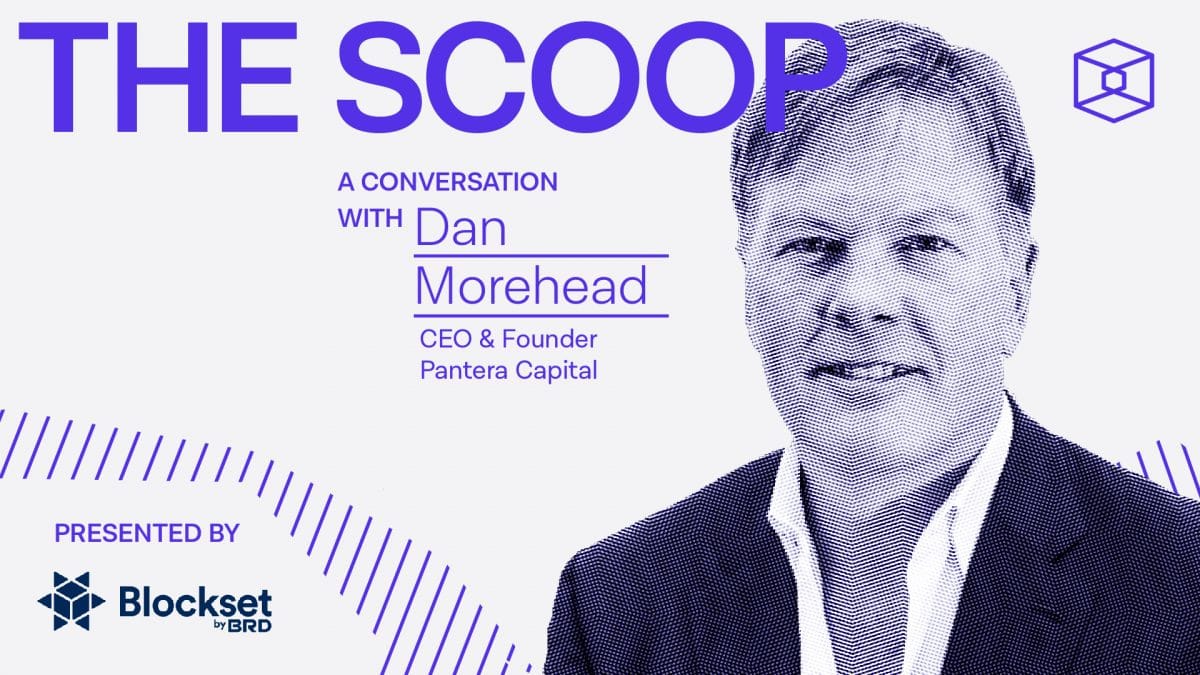 Episode 5 of Season 3 of The Scoop was recorded remotely with The Block’s Frank Chaparro and Dan Morehead, CEO of Pantera Capital.

This episode of The Scoop is brought to you by Blockset. With Blockset, companies gain access to tools such as:

"Crypto as a market is so volatile that the narrative changes," said Morehead on this week's episode of The Scoop.

That narrative lately has been all about bitcoin's growing adoption. From Microstrategy to Stone Ridge Holdings — and maybe soon the city of Miami — big players are allocating to the top cryptocurrency.

But as the money flows towards bitcoin adoption, ICO's aren't over, according to Morehead. Pantera is still pitched one every two to four months, and the firm's initial coin offering (ICO) fund ended 2020 up more than 500%.

Still, that's a sharp decline from the 50 pitches a week Pantera sifted through in 2017, and its bitcoin fund closed 2020 up nearly 300%. The crypto narrative for investors is trending towards Bitcoin amid institutional adoption, Morehead told The Scoop.

"We’re really seeing an inflection point with more coming into the market over the last couple of months.... I think the reality is they’re looking for managers that manage multiasset funds sometimes both tokens and venture and they ultimately want that all to be within a handful of managers," he said.

Lately, Morehead is fielding calls from endowments, putting the industry at an intriguing inflection point. Driving the interest in bitcoin is the current macro backdrop as well as bitcoin's block reward halving last year—which the firm said could play a role in bringing its price to $115,000.

Morehead broke down what that means for the coming year on this week's episode, along with:

Disclosure: Pantera was an investor in a past funding round for The Block.