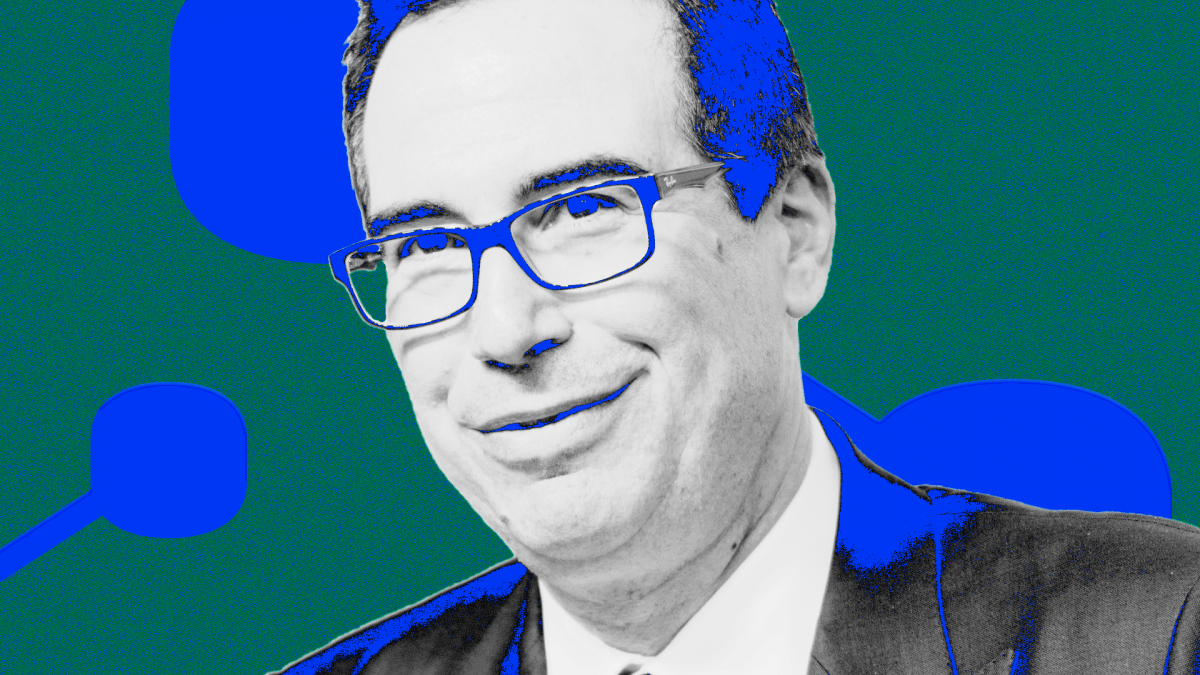 The U.S. Treasury is on the cusp of putting forward a new transaction reporting rule for money services businesses (MSBs) that interact with self-hosted crypto wallets, The Block has learned.

The Block is told that under the rule, money services businesses would need to file a currency transaction report (CTR) if a client conducts a cryptocurrency transaction to or from a self-hosted wallet that involves their service and above an as-yet-unknown threshold. According to the Financial Crimes Enforcement Network (FinCEN), regulated financial institutions are required to report currency transactions "conducted by, or on behalf of, one person, as well as multiple currency transactions that aggregate to be over $10,000 in a single day."

Word of the forthcoming rule — which two sources say could be released as soon as Friday — comes after months of rumor and speculation about potential crypto-focused regulations out of the Treasury Department, led by Secretary Steve Mnuchin. Fears of a more stringent clampdown broke into public view in November when Coinbase CEO Brian Armstrong tweeted that he had heard the government planned to "rush out some new regulation regarding self-hosted crypto wallets before the end of his term."

"For those who don't know — self-hosted crypto wallets (also known as non-custodial wallets or self-custody wallets) are a type of software that lets individuals store and use their own cryptocurrency, instead of needing to rely on a third party financial institution," Armstrong wrote at the time.

To be sure, the language could shift, and an expected comment period could allow industry firms to weigh in on shaping the rule as it moves toward finalization.

"The language is to be decided, but there will be a dialogue and people will have input now," one person said of process. "It is significantly better than more severe restrictions on self-hosted wallets."

That may represent welcome news for cryptocurrency traders nervous about the potential for heavy-handed digital asset regulations — even in the face of a historic run-up in bitcoin's price. Market commentary from Genesis Global Trading obtained by The Block said that a move by Mnuchin has been largely ignored by the market.

"What has largely been discarded is the notion that Mnuchin and the FATF’s new self-custodial wallet regulations will have a meaningful impact on price," wrote Genesis' Joshua Lim.

Still, that doesn't mean the rule would have a long-lasting impression on the market, according to the firm. Hedge funds and pensions — which are interested in bitcoin's use as a hedge against inflation — might be less concerned about holding the asset in a personal wallet and may shrug off this news.

"Any dip caused by that is expected to be bought by institutions still waiting on the sidelines," the trading firm said.