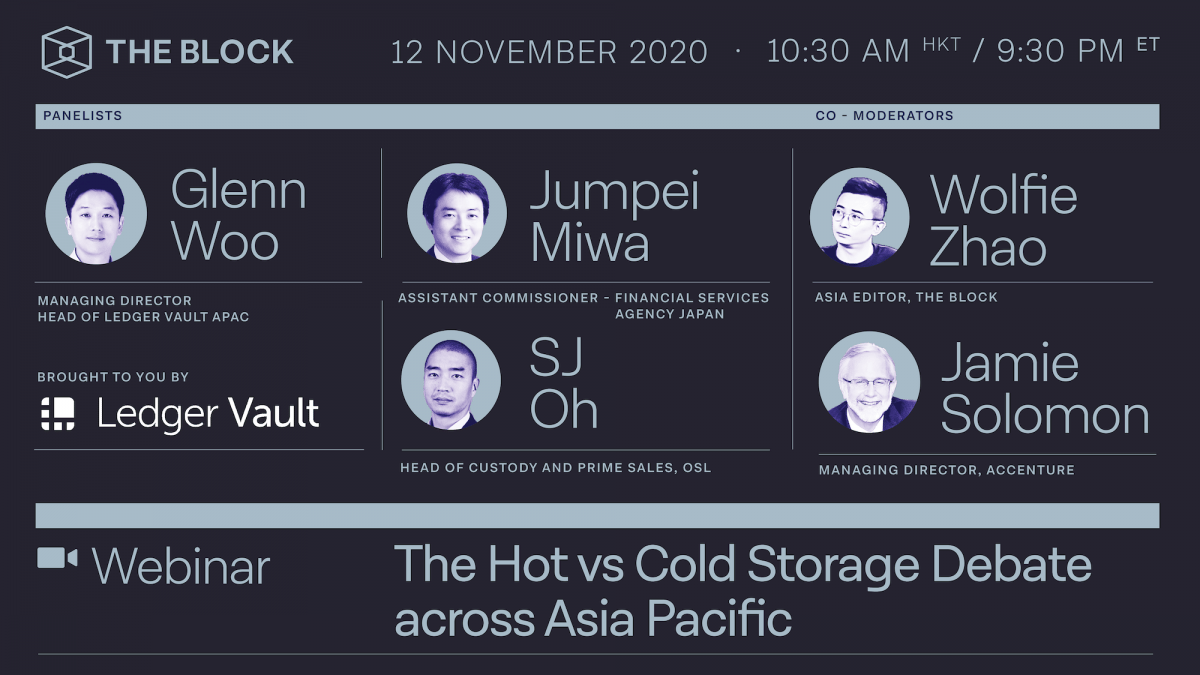 Learn more about our panelists and watch the video in its entirety below:

Glenn joined Ledger in October 2018 and is responsible for overseeing all Ledger’s businesses in Asia Pacific. He has an extensive career in the financial services and technology industry, working for S&P Global Market intelligence as Head of Hong Kong, Taiwan and Korea, and Shinhan Financial Group as a consultant in asset custody and funds administration.

Jumpei Miwa – is Assistant Commissioner, Innovation and Sustainable Finance in International Affairs [Former Director of FinTech and Innovation Office], Financial Services Agency of JAPAN (JFSA). He launched the FinTech Innovation Hub in JFSA to facilitate further collaboration among various FinTech stakeholders, designing regulatory and policy responses around FinTech and digitalization. He has also extended the ad-hoc conference of “Blockchain Round-Table” [BCRT] initiated by JFSA for global participations from academia and developers as well as regulators, and laid out the base of blockchain stakeholders’ participation for “BG2C” [Blockchain Global Governance Conference]. He is also an initial contributor of “BGIN"[Blockchain Governance Initiative Network], which was established on March 2020 and creates an open, neutral platform for multi-stakeholder dialogues on blockchain. Before undertaking current position, he has contributed to various financial standard-setting activities in international fora including BCBS, IAIS, IOSCO, IASB and APEC etc. for more than ten year. Among others, he has undertaken the Chair of Joint Committee of Asia Regional Fund Passport of APEC and the Vice-chair of Solvency and Actuarial Issues Sub-committee in IAIS. In FSA, he has experienced various cross-sectoral regulatory and supervisory issues in several director positions from 2012 to 2017. He started his career in 1999 with the Export Import Bank of Japan and engaged in the structured finance in the area of large oil and gas projects in Asia and Middle-East etc.

SJ comes from the world of investment banking where he spent 14 years as an equity sales trader. He has held the distinction of being both a Korea specialist and an Asia generalist at several brokerage firms, having spent the latter half of his career at Morgan Stanley. Currently he serves as Director, Head of Custody & Prime products sales at OSL, Asia’s largest digital asset prime brokerage.