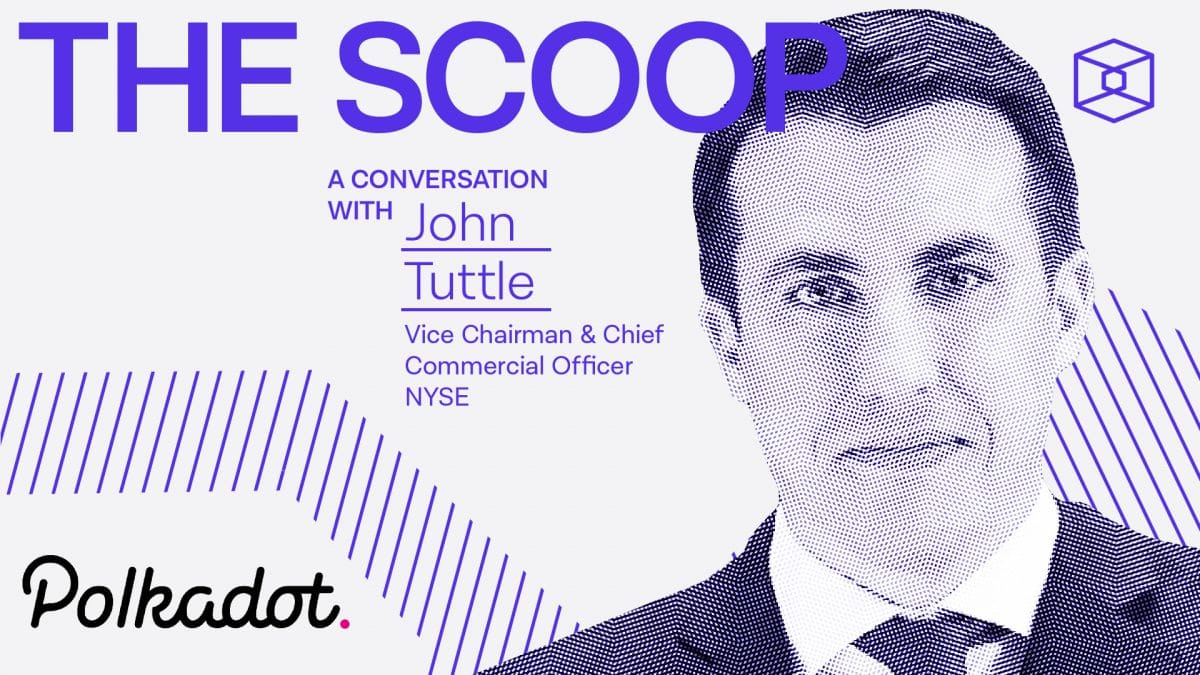 Episode 46 of Season 2 of The Scoop was recorded remotely with The Block’s Frank Chaparro and John Tuttle, Vice Chairman of NYSE.

This episode was brought to you by Polkadot Decoded, the Polkadot community conference on December the 3rd. Don’t miss this opportunity to tap into the latest developments and discover what lies ahead in the Polkadot ecosystem, including Gavin Wood in conversation with Laura Shin and a panel moderated by The Defiant founder Camila Russo. Save your spot today!

Despite the uncertainty of the global economy in 2020, the New York Stock Exchange has had a strong year, helping companies raise more than $66 billion.

In many respects, it has been the year of Special Purpose Acquisition Companies (SPACs), according to vice chairman John Tuttle. This year, firms have raised billions through the acquisition-style mechanism.

During this episode of The Scoop, Tuttle — who previously led NYSE's global listings business — explained why the fundraising method has taken the markets by storm  and how they've evolved from a lackluster funding mechanism to a red-hot fad on Wall Street.

"Let's look back ten years or so, SPACs were a four letter word, they didn't have the best reputation, the sponsors didn't necessarily have the best interest in mind of investors in the marketplace," Tuttle said.

He went on to explain:

"And they largely fell out of favor. Several years ago you started seeing some rule changes around SPACs to address some of those challenges that SPACs had a decade or so ago and you started seeing higher quality sponsors come into market.What do I mean by that? Folks that—whether it be the Goldman Sachs or the Gores Groups of the world—folks that had very well-respected reputations in the marketplace both as financial partners but business partners as well too. You started seeing deals be larger in size. You started to see well respected names launch SPACs and partner with SPACs, and that's what gave credibility to the product."

Indeed, some crypto firms have been considering SPAC-centric strategies, including BlockFi and Ripple. There's also firms like Coinbase, which is said to be in the process of going public in the near-term, as previously reported by Reuters.

Tuttle says that the exchange group is talking with crypto firms about tapping into public markets.

"It has been a space that's been of interest for quite some time," he said. "We've had discussion with companies that have been thinking about accessing the public market, from that space—crypto, blockchain, digital assets."

"Those conversations continue, they're accelerating," he added. "And I also think that digital assets, crypto are going to play somehow, somewhere, some way an important role in the market of the future."