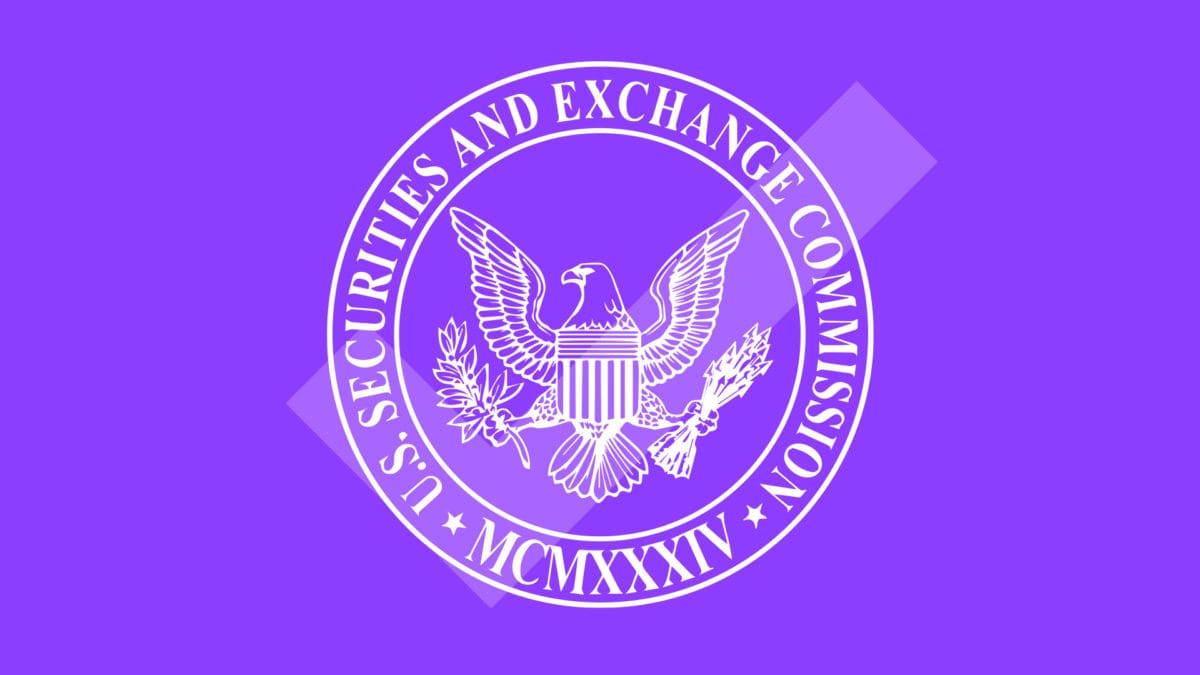 Jay Clayton, chairman of the U.S. Securities and Exchange Commission (SEC), appears to believe in blockchain technology's power and thinks that all stocks could become tokenized one day.

In a webinar hosted jointly by the Chamber of Digital Commerce and blockchain startup Securrency on Friday, Clayton said all stock trading is today electronic, compared to 20 years ago. In the past, there were stock certificates, and today there are digital entries representing stocks. "It may be very well the case that those all become tokenized," said Clayton.

The webinar, titled "Two Sides of the American Coin: Innovation & Regulation of Digital Assets," focused on what is needed to grow the blockchain and crypto space. Brian Brooks, the acting comptroller of the currency at the Office of the Comptroller of the Currency (OCC), also participated.

Both Clayton and Brooks said that they welcome innovation in the crypto space, but of course, within regulatory frameworks. Are current frameworks sufficient?

"The short answer is yes," said Clayton. "Our regulatory framework, the principles of our framework, is time tested, and it's been time-tested through many innovations."

Brooks, who recently joined the OCC from Coinbase, said he believes that blockchain networks are "fundamentally more resilient and efficient than vertically integrated sort of control towers," and that is why there is a need for a framework that is "safe and sound."

However, "most cryptocurrency projects are going to fail," according to Brooks. "They're not going to be relevant to a particular need, or they're going to raise fundamental legal compliance issues or something like that."

But as regulators, "we need to...articulate what we think blockchain adds to the ecosystem," said Brooks. He gave two recent examples of how the OCC allowed national banks to custody crypto and hold reserve funds for stablecoin issuers. "So I think coming together as you know joint regulators and specifying that is going to be a good thing ultimately for the projects that are valuable," said Brooks.

As for who drives frameworks for the crypto industry, Clayton said it depends on the functionality. "If we're talking about stablecoins as an area for enhancing efficiencies in the payment system, well the people who regulate the payment system, the banking regulators, they should drive this," said Clayton. "If you're talking about in the preamble, there was tokenization of ETFs [exchange-traded products], well, you know we should drive that."

Clayton went on to say that the SEC is "willing to drive that," and its door is "wide open if you want to show how to use to tokenize the ETF product in a way that adds efficiency."

"We want to meet with you. We want to facilitate that. Of course, you got to register it and do what you would do with any other ETF," said Clayton.

He continued: "What we don't like is when someone says, you know, the function is payments so you really ought to look past the securities law stuff. I can't do that, you know, I wouldn't be doing my job... come tell us about it. Don't pretend that it's, you know, a payment system when it's actually a financing vehicle."