Popular DeFi platforms are seeing a surge in Web traffic 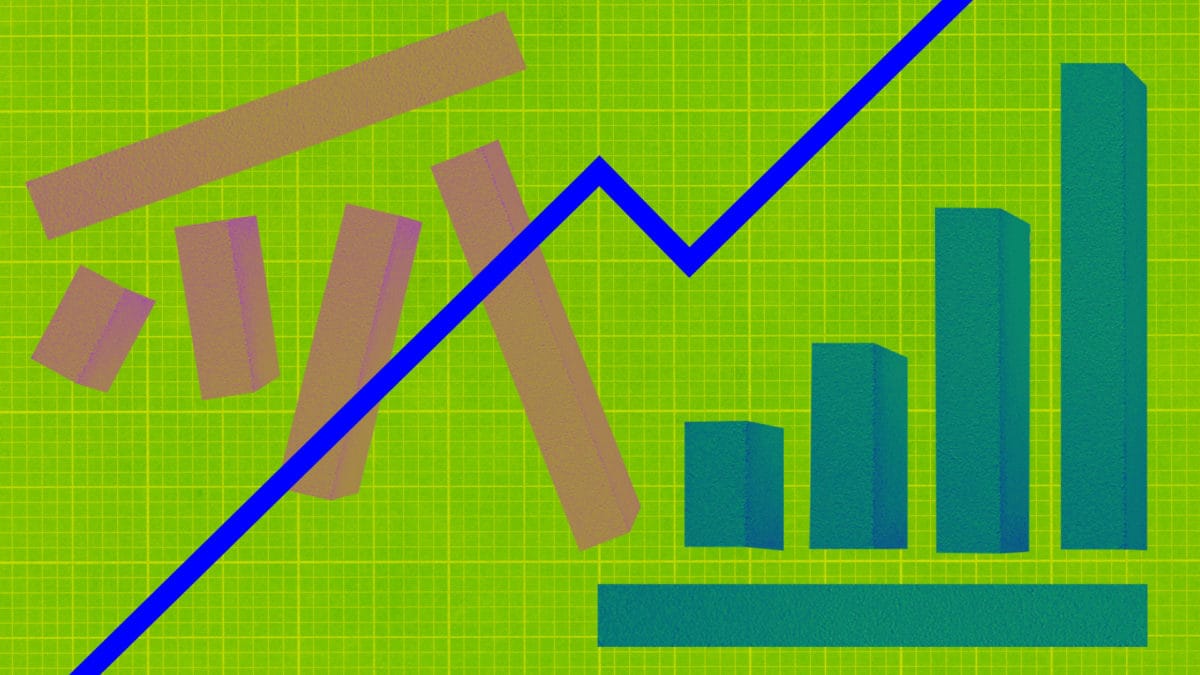 Over the past few months, The Block has reported on the growing volume on decentralized exchanges, which hit an all-time high above $4 billion for July.

Data from SimilarWeb indicates that many of the most popular DeFi platforms — including the likes of MakerDAO, Compound and Aave — began seeing marked increases in web visits starting in April and May. The notable crescendo in activity comes as Ethereum hit its five-year anniversary since launch.

The chart below, collected by The Block Research, shows the growth in web traffic over time.

Below we break out the numbers behind each platform, which provide greater clarity on the growth figures. For example, SimilarWeb showed 80,000 visits for Compound in April. By comparison, that number hit about 540,000 for July after reaching 480,000 in June.

As Messari noted on Wednesday, Uniswap — the DEX volume leader for July — saw a big upswing in traffic to Uniswap.org, growing from 90,000 visits to a whopping 1.4 million.

But that spike appears to be driven by a visit redirection from Uniswap.exchange to Uniswap.org. For June, SimilarWeb captured 960,000 visits for Uniswap.exchange, a figure that fell to just 5,000 for July. 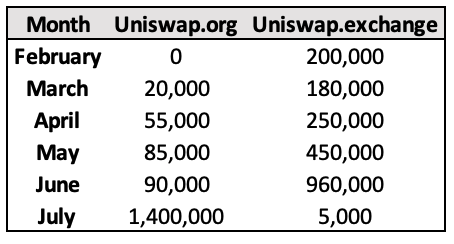 Nonetheless, the figures still demonstrate the degree to which Uniswap has benefited from the trend of visit growth amongst major DeFi platforms.

But why surge? It’s possible that the activity growth is tied to the ascendence of liquidity mining/yield farming across DeFi platforms. In Compound’s case, the COMP governance token began trading in June after going live in April. A recent surge in the price of major cryptocurrencies, bitcoin and ether in particular, may also be driving interest in DeFi platforms.

The case for Balancer’s growth pump is pretty apparent: the launch of its liquidity mining program at the start of June. Between May and June, traffic captured by SimilarWeb shot from 7,000 to 95,000.

A look back at recent DeFi-related news cycles depicts an ecosystem with at least some wind in its sails. For example, filings submitted to the U.S. Securities and Exchange Commission in June show that Uniswap has raised as much as $11 million from investors. Platforms like Aave are rolling out ambitious forward-looking plans, and existing platforms — most notably Augur — are moving ahead with significant overhauls that make greater use of the burgeoning network of assets and protocols.

But one might also expect bumps along the way. Earlier this month, the creator of an YFI fork token called Asuka is believed to have conducted an exit scam, and the latest example of a DeFi platform smart contract exploit — this time affecting Opyn — resulted in the loss of several hundred thousand USDC.