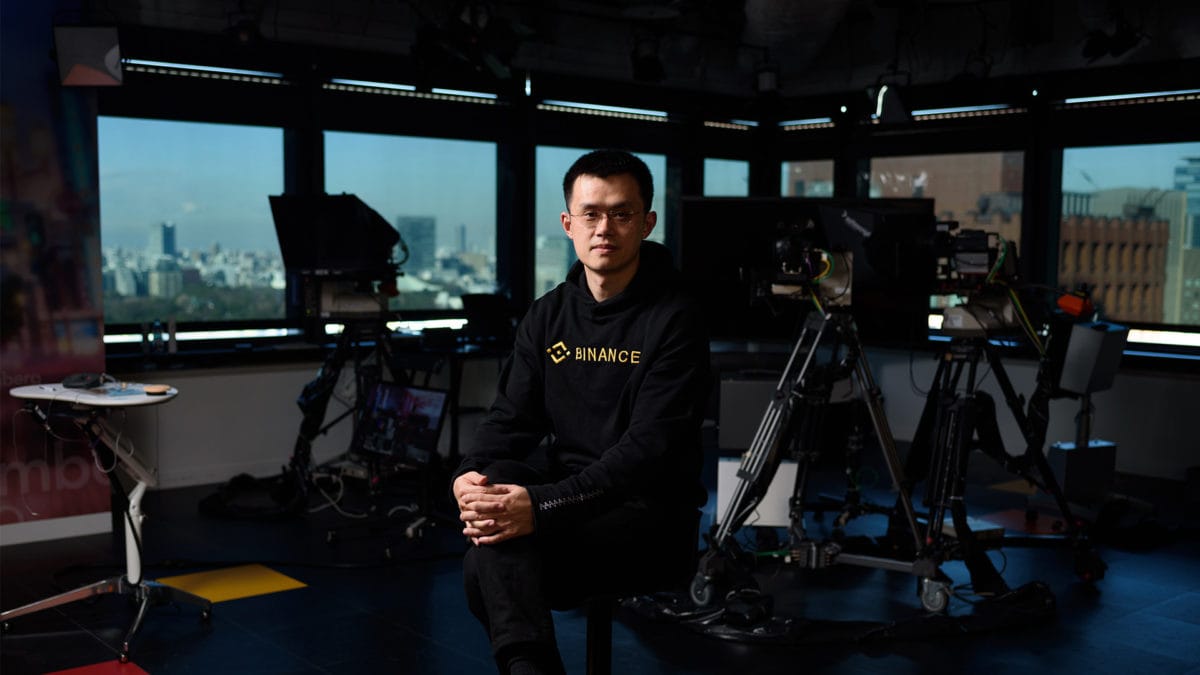 In an internal note sent out today and obtained by The Block, Binance CEO Changpeng Zhao (CZ) lashed out at unnamed Chinese competitors, accused them of "trying to attack" the exchange, and told the company's employees that Binance will defend itself.

The note, whose authenticity was confirmed by multiple Binance employees, was written in both English and Chinese. It starts by stating that Binance's Chinese competitors "are desperately trying to attack us, using unprofessional methods."

CZ goes on to accuse competitors of launching a distributed denial-of-service (DDoS) attack on Binance's system, rallying fake Binance users to protest against the exchange, spreading "fake news" about the company, and organizing people to report Binance at local police stations.

Binance's rivalry against other Chinese exchanges including Huobi and OKEx is not new. Both on social media and in private group chats, Binance CMO Yi He has claimed multiple times that Binance's competitors are trying to undermine the exchange by spreading fake news and paying some media to publish unfavorable reports.

In the note to staff, Zhao suggested that competing exchanges attack Binance because they mistakenly think the exchange does not have "strong [government] relationships" in China.
"They may feel this will hurt us, thinking we don’t have strong gov relationships in China. Both are wrong. We never proactively attack others, but we will absolutely defend ourselves, including defensive offense," the note reads.
It is not clear what exactly prompted this note, but it follows some recent negative local publicity. Earlier this month, Chinese state media CCTV reported that Binance still allows local users to trade cryptocurrencies via binancezh.com. Binance has denied that this is true, claiming that it is just a test site and that "most of its users are from Egypt." But the event may have made some employees nervous. CZ closed the note by telling Binance's staff: "There isn't much to worry about."
We’ve reached out to Binance for comment and will update if we hear back. The full note can be read below: 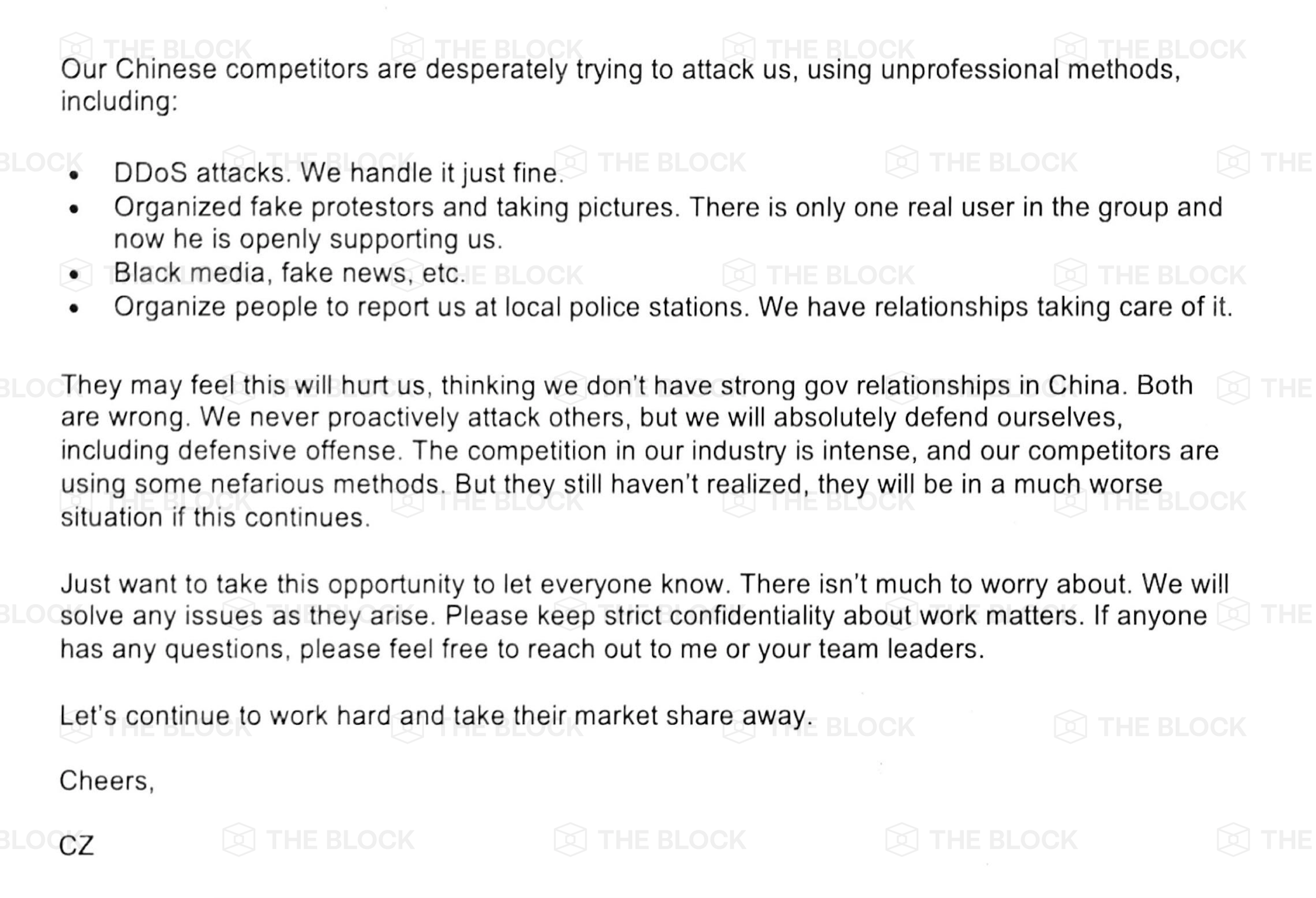