Giancarlo: Now is the time for the U.S. to jump into the digital currency game 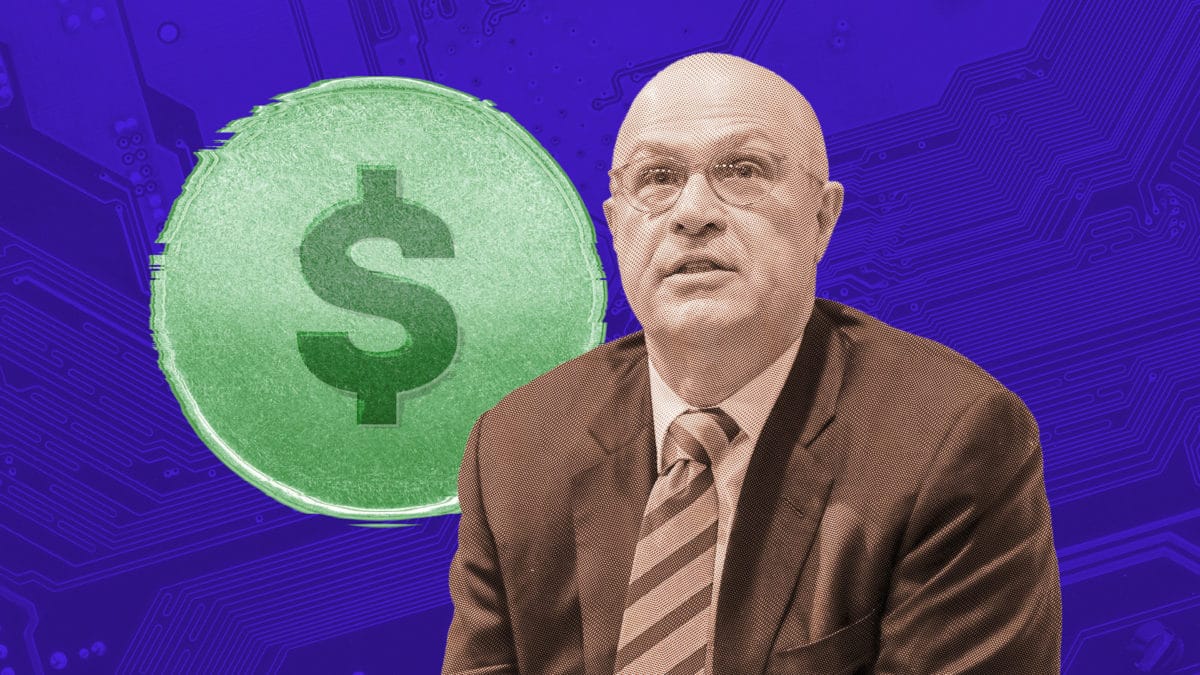 It’s high time the U.S. starts seriously contemplating how it might design a digital version of the dollar — or else it risks missing the chance to bring its “core values” to bear on the future of money. That’s essentially former Commodity Futures Trading Commission chair J. Christopher Giancarlo’s pitch.

The paper reiterates many of the ideas that Giancarlo and others involved in the project have already presented, albeit in more detail. It’s more of a philosophical argument than a technical description. But it also illustrates how some of the most fundamental technical design questions regarding central bank digital currencies (CBDCs) cannot really be separated from the philosophical ones. And it makes the case that now is the time for the U.S. to be asking these questions.

“There’s sort of a global conversation going on, that seems to happen only once every several generations, that is trying to answer the question ‘What is money?’” Giancarlo says. He credits Bitcoin with starting that conversation more than a decade ago. But now the discussion is accelerating, he says, thanks to the emergence of Libra, China’s apparently imminent central bank digital currency — and COVID-19.

The pandemic has spurred existential questions about money that extend “beyond just regulators and central bankers and policymakers but also to ordinary people, especially those that don’t have full access to the banking system,” says Giancarlo. “Suddenly we’re asking the question: how do we get them relief in a crisis immediately and adequately?”

In March, powerful Democrats in the U.S. House of Representatives seemed to agree that a digital dollar is indeed needed as a way to distribute economic relief benefits. A draft stimulus bill outlined a plan to compel the Fed to let retail users open accounts and access their dollars via wallet software.

The House bill described a system based primarily on accounts. Holding an account at the Fed would, in theory, feel a lot like having one at Wells Fargo or Chase. It would just be a public institution administering it, sort of like the Postal Service. In fact, the bill proposed using the Postal Service as a service provider in this system: imagine ATMs run by the post office instead of a commercial bank.

Giancarlo and his colleagues at the Digital Dollar Project have a different design principle in mind, however. They contend that an account-based system is not sufficient and that, in addition, the dollar must be “tokenized.” Here’s how the new white paper defines the term: “the act of turning an asset, good, right, or currency into a representation with properties that suffice to attest to and transfer ownership.”

The closest parallel in the physical world is a dollar bill, which is known as a “bearer instrument.” The white paper argues that a “digital bearer instrument" approach, which would take advantage of distributed ledger technology (DLT), is the best way to keep the infrastructure flexible and “future proof."

But whether the dollar should be tokenized is only one of several fundamental design-related questions that must be dealt with before a system can be built. Perhaps the most vexing are about privacy: to what extent would a tokenized dollar preserve the privacy of cash? How exactly should anti-money-laundering regulations be enforced, and what technology should be used to verify individual identities in that case?

These differing value systems will inevitably be built into future digital money systems, said Giancarlo. Today, the dollar’s role as the world’s reserve currency gives the U.S. disproportionate power to impose its values on other members of the global financial system. Theoretically, however, a compelling enough digital money system could erode that power.

“It’s important to bring those values to the new digital money,” Giancarlo says. Either that or the nation might have to accept values to which it is not traditionally accustomed. That why he views the situation as pressing.

“The game has started. There are some major players in the game,” says Giancarlo. “The U.S. so far has been pretty much sitting on the bleachers, and I think there’s an urgency for the U.S. to get in the game.”