Bitcoin's mining difficulty and hashrate are down, but pool operators expect increase in hashrate in coming weeks 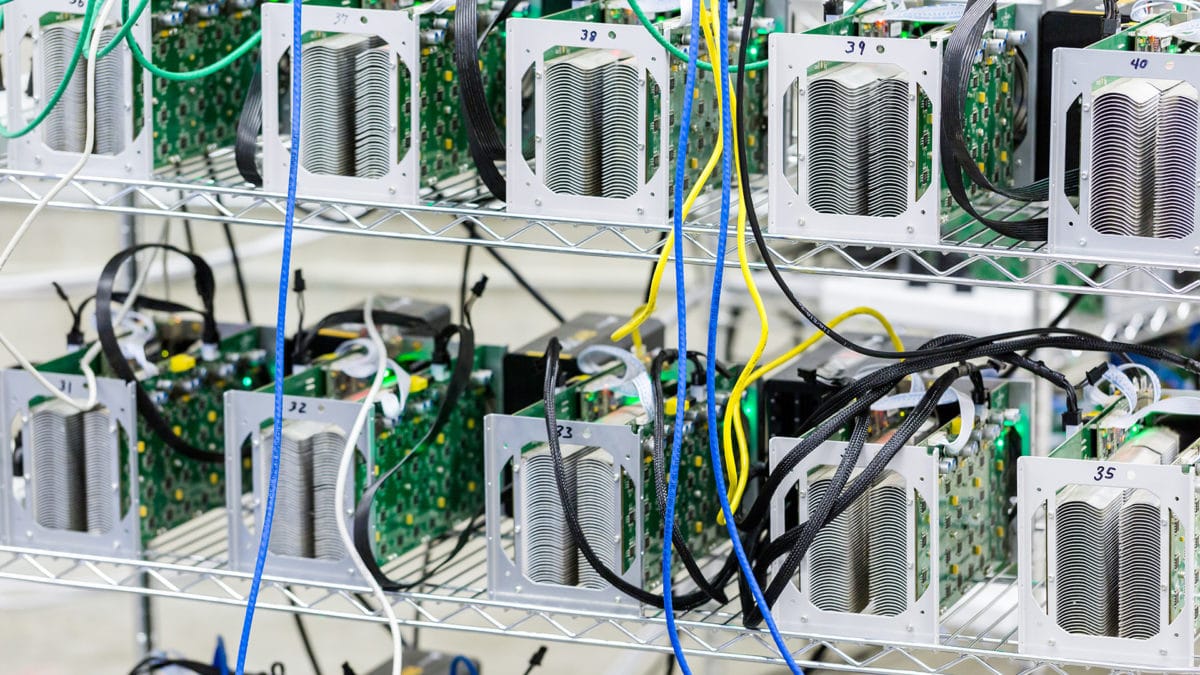 Bitcoin’s mining difficulty, an indicator of competition among bitcoin miners, has decreased by 6% in its adjustment recorded earlier today.

The current difficulty is 15.14 trillion (T) as compared to its all-time high of 16.55 T recorded in March. The drop in difficulty was expected after bitcoin’s halving last week, which saw mining reward get cut from 12.5 bitcoins to 6.25 bitcoins.

The latest difficulty drop is the sixteenth largest drop in bitcoin's history. The next difficulty adjustment is likely to take place in about 15 days from now and it may decline further. 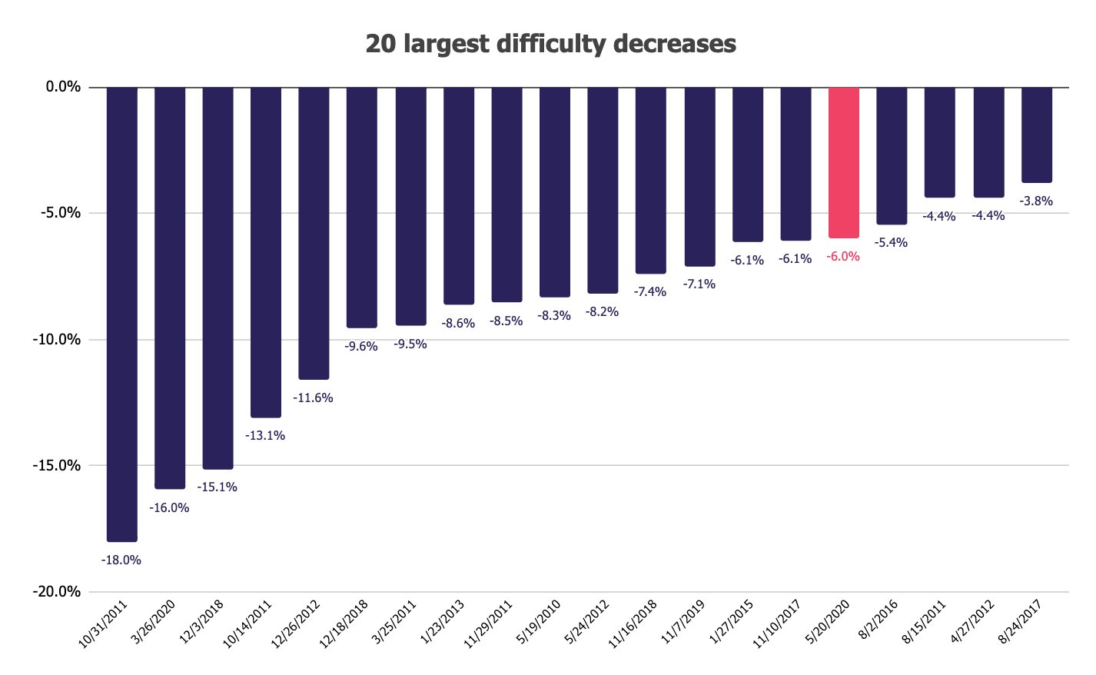 Another key metric of bitcoin’s mining activity - hashrate, or bitcoin network’s processing power - is also down by 25%. This indicates that miners with old-generation machines have unplugged post the halving.

“Miners are adjusting to the new block rewards post-halving, and we have seen a drop of bitcoin hashrate from around 125 EH/s [exahash per second] pre-halving to around 90 EH/s now. Most of the hashrate drop has been from older-generation machines from China, however, miners all over the globe have been affected,” Thomas Heller, global business director at F2Pool, told The Block. 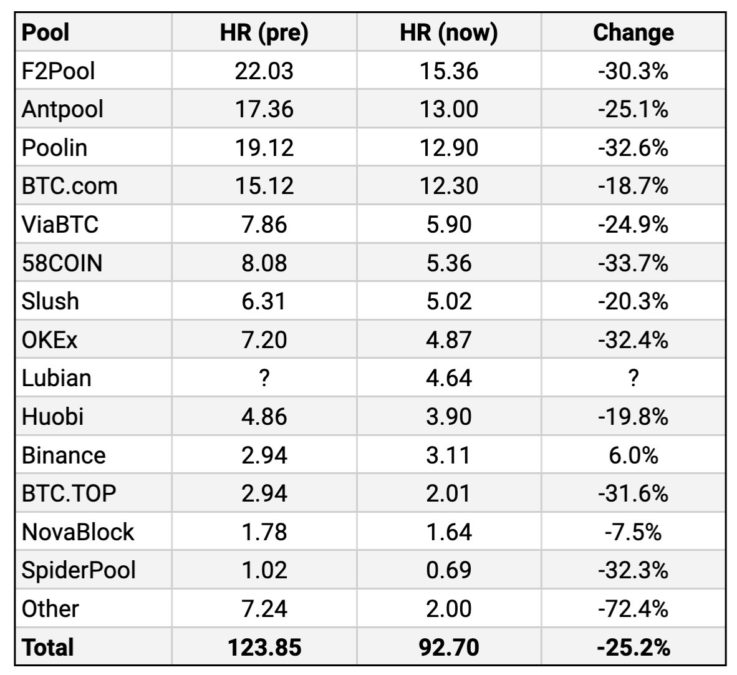 Poolin's vice president Alejandro De La Torre concurred. He told The Block that around 30% of miners have shut off their machines. Before the halving, these miners were "just slightly profitable," but now they have had to shut down due to the 50% reduction of the mining reward.

However, as the hydro season in China is expected to begin around May 25, many of these offline machines may get back online due to cheaper electricity prices, said Heller and De La Torre. It rains heavily in China during the hydro season (May to October) and hydroelectricity gets cheaper.

De La Torre said the "wet season" in China's Sichauan province will "undoubtedly push up the hashrate in the short to mid term" as mining farm operators flock to this region in the upcoming months.

“Assuming the bitcoin price remains stable, we are expecting the network hashrate to increase in the following weeks,” said Heller.