Announcing the news on Tuesday, Binance said the investment would help Tokocrypto to launch new products and services and expand across Indonesia.

While Binance did not disclose financial details of the deal, The Block has learned that the exchange has acquired a majority or controlling stake in Tokocrypto.

When reached for comment, a Binance spokesperson, said: "Normally, we don't share the percentage of stake in our investments. It's covered in the NDA [Non-Disclosure Agreement]."

Despite being licensed and having a notable backer, Tokocrypto's trading volumes are low. In the last 24 hours, Tokocrypto did volumes of about $700,000, according to CoinGecko, as compared to Indonesia’s leading crypto exchange Indodax, which did over $8 million in volumes during the period.

Tokocrypto's web traffic is also very low as compared to Indodax. The former had about 6,000 visitors last month, while the latter had over 3 million visitors, according to SimilarWeb. 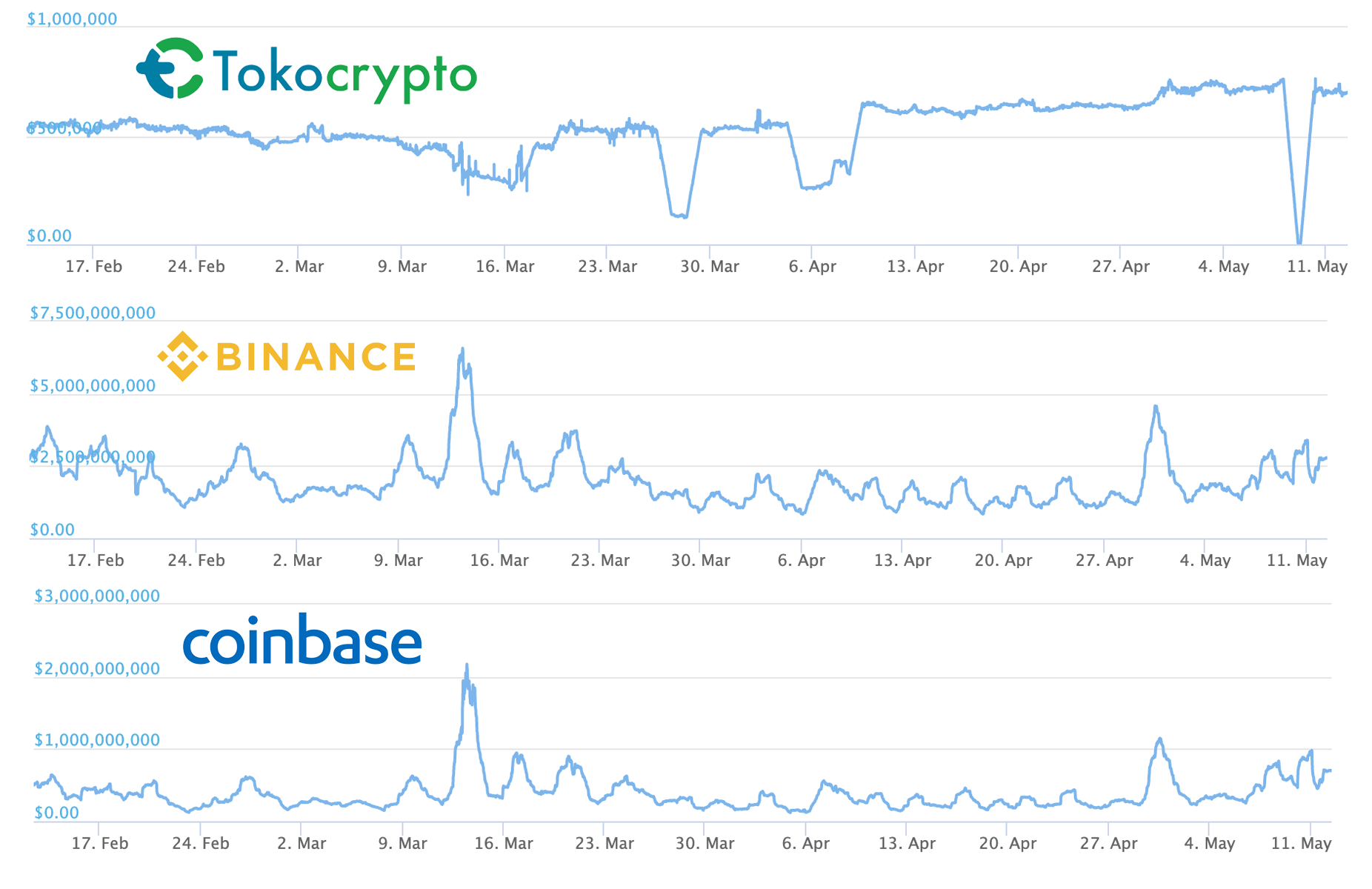 Joshua Ho, co-founder of QCP Capital and an advisor of Tokocrypto, told The Block that "a lot of trades of [Tokocrypto] are OTC [over the counter]."

“QCP has been the primary OTC liquidity and market-making provider in Indonesia for some time now. We're excited and got started early because by 2030 Indonesia will be the largest single market in Southeast Asia which is QCP's focus,” said Ho.

QCP Capital invested a "six-figure" sum in Tokocrypto in 2018 at the seed stage, Ho told The Block.

Indonesia is the fourth most populous country in the world, with over 270 million people. So there’s “enormous potential, which is what attracted Binance to the deal,” according to Ho.

“Our investment in Tokocrypto will allow us to explore exciting new opportunities together for the Indonesian market with a regulated local partner to further enable the freedom of money,” said CZ.

Binance appears to be targeting countries with larger populations for its expansion. Last November, Binance acquired Indian cryptocurrency exchange WazirX to serve over 1 billion people of the country.

It remains to be seen which exchange or platform Binance invests in or acquires next. CZ recently said some “major” strategic acquisitions are in the works for 2020. Last month, Binance acquired CoinMarketCap for an estimated $400 million.