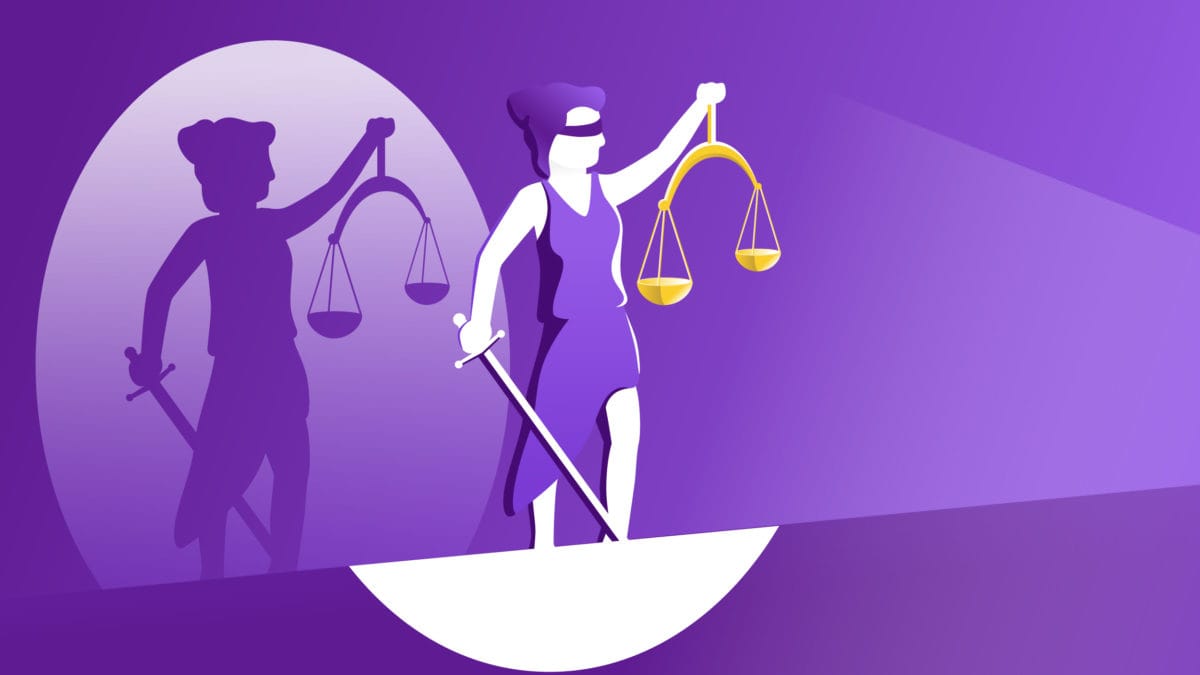 Once upon a time, all the way back in 2017, people would travel – on planes!  without masks! – to conferences in places like Necker Island, eat canapes and mingle with luminaries like Richard Branson and talk with well-heeled sponsors and attendees.about how blockchain will save the world.

But man proposes and God disposes, the market crashed, and litigation ensued. This is what happened with the plaintiffs in a lawsuit against the Metallicus company (creators of the cryptocurrency "Metal").

Here's how Metallicus describes itself in an answer filed last year, on July 19: "Metallicus is a financial services company that interacts with cryptocurrency (i.e., digital currencies in which encryption techniques are used to regulate the generation of units of currency and verify the transfer of funds, operating independently of traditional banks and government issued fiat currencies)." That's clear as mud to me, but it's an answer to a lawsuit and about what one might expect.

The lawsuit was originally filed in state court in Texas and subsequently removed to federal court. Plaintiffs say that the "Premier Defendants" [including Remington Reynolds, Trevor Short, and Premier Tennis Group, LLC d/b/a Premier Live] helped to promote a tennis tournament (the Necker Cup) and “arranged to promote Metal and receive a commission for any Metal sold as a result.” 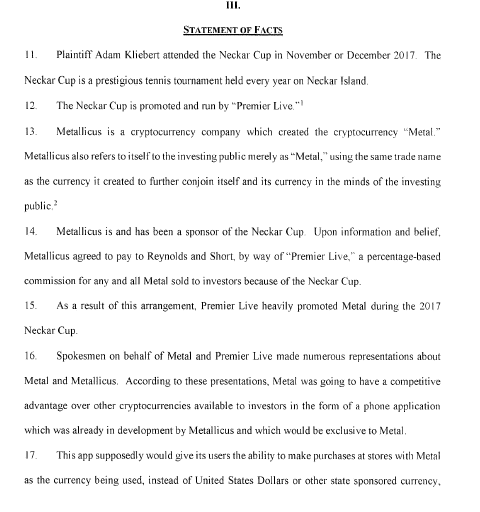 The complaint alleges that plaintiffs were told that MTL would be worth $45 or more when the platform launched, leading them to invest hundreds of thousands of dollars on that basis. The whole situation comes across as very 2017/early 2018, when everyone thought that if they picked the right token they would 100x their investment. Not so much, as we have seen.

These Defendants moved to dismiss for lack of personal jurisdiction arguing that they had nothing to do with Texas (no "minimum contacts" for the lawyers following at home) and that the exercise of personal jurisdiction over them "would not comport with fair play and substantial justice." This is known as the International Shoe test, which comes from a case involving the International Shoe company.

The court said that the complaint did not allege facts sufficient to establish personal jurisdiction over these defendants in Texas. The mere fact that they might have known that a plaintiff was a Texas resident wasn't enough. So, the complaint was dismissed as to the defendant without prejudice to it being refiled in a court where there is proper jurisdiction. The lawsuit remains pending against the Metallicus company.

We've seen these personal jurisdiction – and subject-matter jurisdiction – fights in many other crypto cases. It's standard civil procedure in U.S. courts and something you learn about in the first year of law school. I wrote yesterday about 11 new class action lawsuits that were filed against major crypto exchanges like BitMEX and Binance, and token issuers. Expect to see this kind of fight play out in those cases, too.

Metallicus Order by fleckalecka on Scribd