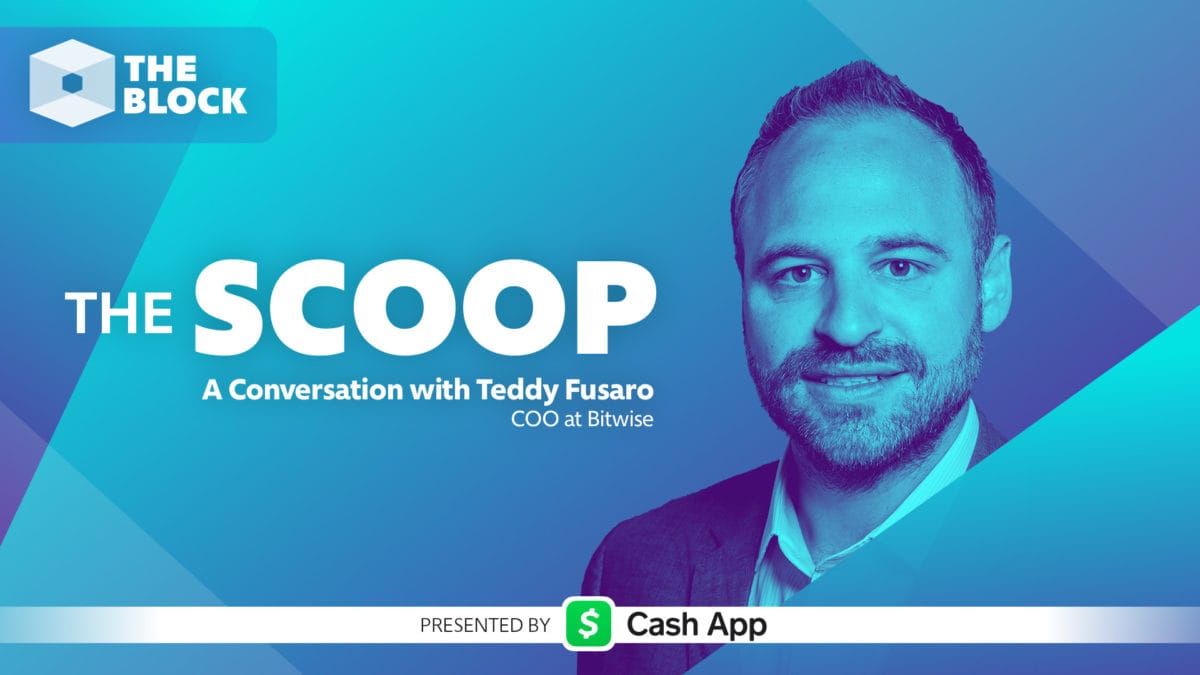 Episode 9 of Season 2 of The Scoop was recorded at The Block offices with Frank Chaparro and Teddy Fusaro, COO at Bitwise. Listen below, and subscribe to The Scoop on Apple, Spotify, Google Play, Stitcher, or wherever you listen to podcasts. Email feedback and revision requests to [email protected]kcrypto.com

Numerous companies have sought to launch a bitcoin-tied ETF, but to date, all of them have failed in the face of regulatory resistance.
Bitwise Asset Management is one such fund manager, which withdrew its proposal for a bitcoin-linked fund after it had been filed with Securities and Exchange Commission (SEC) in January. Indeed, the fight for a bitcoin ETF dates all the way back to Cameron and Tyler Winklevoss' attempt to launch one with Cboe.
The idea behind a bitcoin ETF is that it would offer an onramp for investors who want exposure to bitcoin but are uninterested in holding BTC themselves. In this episode of The Scoop, Bitwise COO Teddy Fusaro joins us to discuss the elusive bitcoin ETF.
Fusaro and The Block's Frank Chaparro talk about: