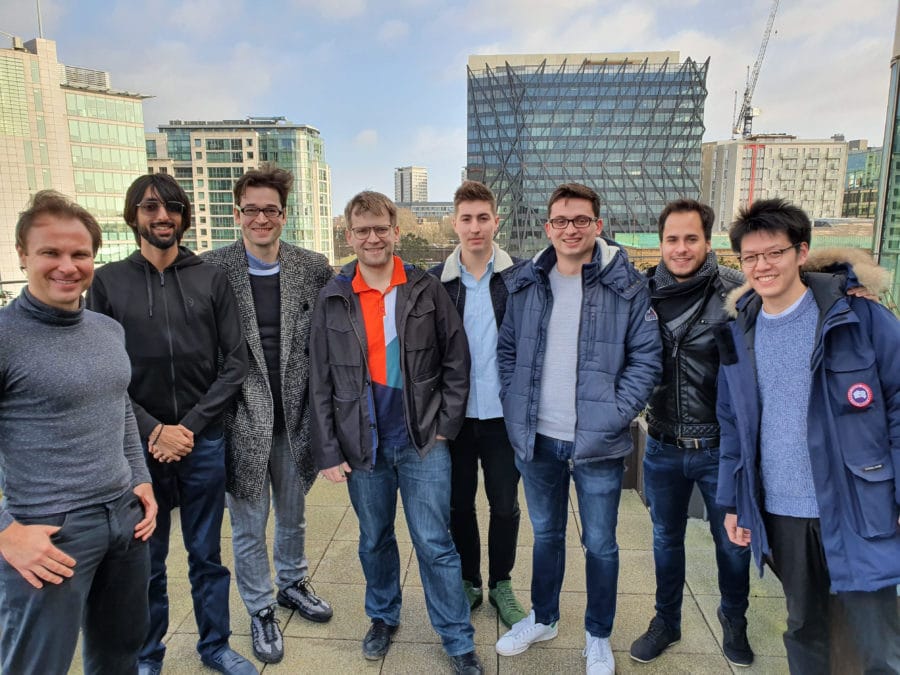 Wintermute Trading, a London-based crypto market maker and proprietary trading firm, has raised a “seven-figure” sum in its seed funding round.

Blockchain.com Ventures led the round, with participation from FBG Capital and other angel investors, according to a statement shared with The Block on Monday. With the fresh capital in place, Wintermute looks to enhance its algorithmic platform and grow its team.

Evgeny Gaevoy, co-founder and CEO of Wintermute, told The Block that the firm’s platform is built on "100% proprietary" technology and enhancement will be done “not by crypto standards that are still nascent, but by the standards of mature markets.”

Founded in 2017 by a group of executives from traditional market maker and proprietary trading firm Optiver, Wintermute claims to serve notable crypto exchanges such as Binance, Coinbase, Kraken, and of course, Blockchain.com Exchange.

“We had the pleasure of getting to know the Wintermute team intimately in their capacity as an early partner to the Blockchain.com Exchange,” said Peter Smith, co-founder and CEO of Blockchain.com. “We were impressed with their execution capabilities, which we view as best in class, and developed conviction that they will become a leading market making force.”

Gaevoy told The Block that market-making and high-frequency trading is a “cash-flow rich business” and Wintermute “had revenue on day one.” He declined to share current revenue numbers, but said: “We could comfortably grow organically, but decided to raise this round to accelerate growth substantially above of what would have been possible otherwise.”

Gaevoy added that Wintermute currently covers "about 70% of vetted exchange volumes" and is planning to increase it to "90% in the coming months."

Wintermute also serves blockchain projects, and supports over-the-counter (OTC) trading. Gaevoy declined to share the names of blockchain projects due to confidentiality agreements. On OTC plans, he said Wintermute is planning to expand it “significantly in the coming months.”

There are currently 15 people working for Wintermute, mostly software engineers, and the firm plans to hire not more than 5 people over the next 6 months, Gaevoy told The Block.

Looking ahead, Wintermute plans to raise series A "in late 2020-beginning 2021, which would potentially cover the development of projects in adjacent spaces," said Gaevoy.

It remains to be seen how Wintermute performs ahead, against rivals such as B2C2, GSR, Jump Trading, Cumberland's DRW. On the competitive edge, Gaevoy said he believes Wintermute has the "most experienced algorithmic trading teams in crypto with over 50 years of combined experience in the industry."