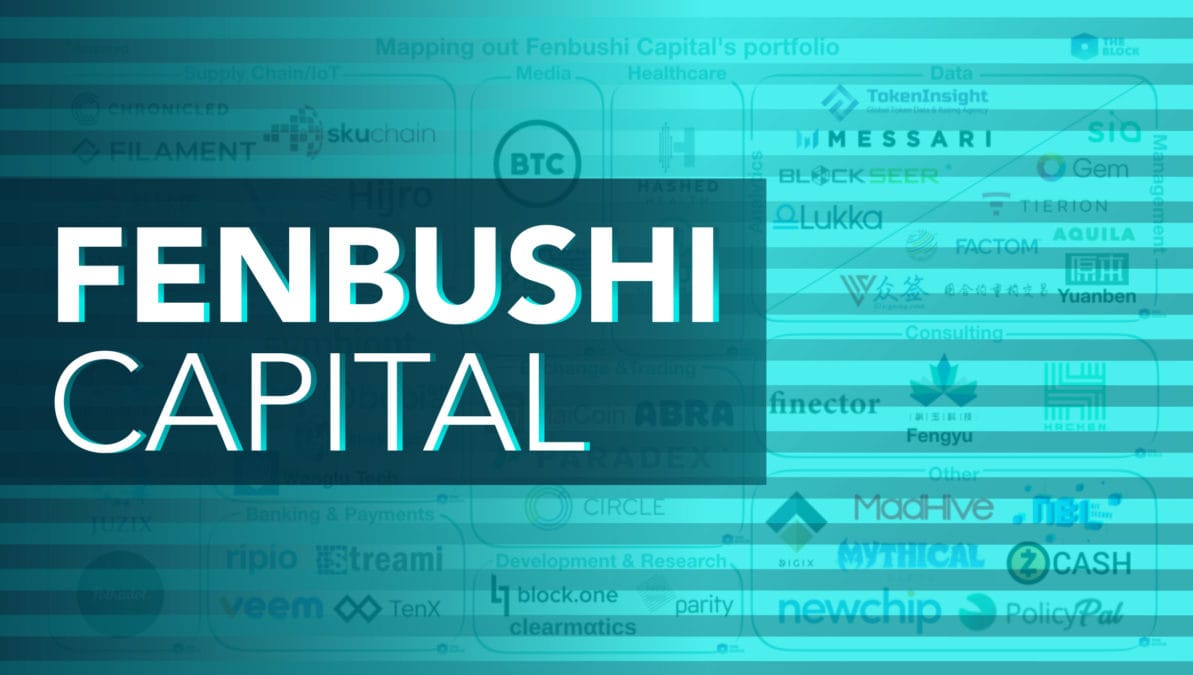 Fenbushi has partnered with staking-as-a-service startup Staked for the initiative. Staked will provide staking infrastructure to Shanghai-based Fenbushi, which has a strong focus on the Asian market.

Peter Yang, investment director at Fenbushi Capital, said that the firm aims to be “a staking services gateway for the Asian communities.”

Staking is a way of earning passive income for holding a proof-of-stake (PoS) coin. Through the partnership, Staked will initially support Cosmos (ATOM) coin for Fenbushi, and later expand to more coins, including Polkadot (DOT), Ontology (ONT) and Ether (ETH). Ether is expected to move from proof of work consensus mechanism to proof of stake in early 2020.

Founded in 2015, Fenbushi has invested in over 60 blockchain and crypto startups to date, including Circle, Messari and Polkadot.  Yang said, via its staking business, Fenbushi wants to provide long-term support to these blockchain startups.

"Fenbushi wanted to figure out how to strengthen its existing relationships with portfolio companies and run staking for them and chose to go with our services," Tim Ogilvie, founder and CEO of Staked, told The Block, adding: “Fenbushi thought about building staking tech internally, but found its more cost-effective to outsource."

According to Ogilvie, Fenbushi believes staking is one of the “native” and “ lucrative” businesses in crypto. Indeed, the staking space is getting crowded with a number of crypto exchanges and custody firms getting into it. Just last week, Kraken announced its staking service, starting with Tezos. Custodian BitGo also recently got into staking space, allowing its clients to earn passive income in the range of 7-13% p.a. Binance and Coinbase Custody also offer staking services.

“Every exchange, custodian, and wallets are going to get into the business of staking,” Ogilvie told The Block.

Staked currently runs staking nodes for over 15 PoS blockchains, including Tezos (XTZ) and Algorand (ALGO). The firm is expected to launch support for more coins by Q1 2020, according to information from its website.

Fenbushi is just one of the venture firms using staking infrastructure by Staked. Ogilvie told The Block that the firm works with several funds, including Multicoin Capital, Pantera Capital and Arrington XRP Capital. Pantera also led Staked’s $4.5 million seed round earlier this year. The round saw participation from Coinbase Ventures, Digital Currency Group and Winklevoss Capital as well, among others.

Staking infrastructure providers are also growing. In May, staking-as-a-service startup InfStones raised a $2 million seed round from venture capital firms, including Danhua VC and Plug and Play Venture. The Block recently mapped out the staking ecosystem and found that there are at least 19 staking service providers in the system.