Setting the record straight on our Binance reporting 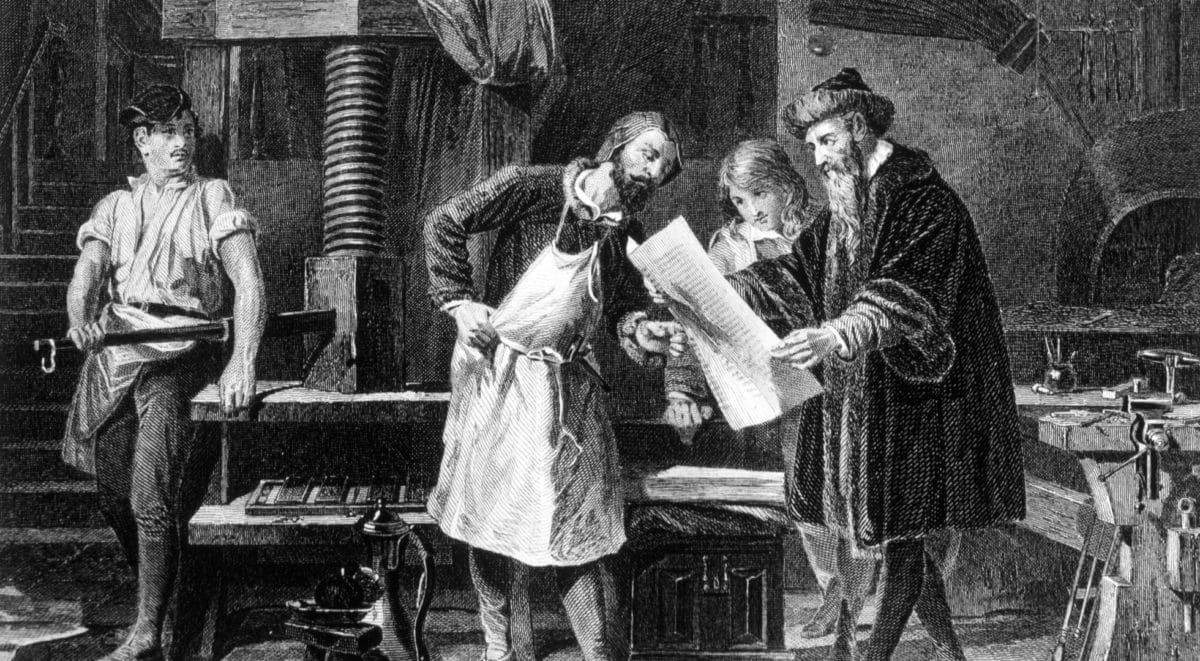 Since the beginning, The Block has endeavored to carve a distinct niche in the digital asset market.

People seem to think we sit behind our screens picking winners and losers, talking up the former while dismissing the latter. Not quite.

The truth is we’re critical of everybody, and have been accused, likewise, of shilling for everybody. Take our early coverage of Bitfinex — specifically, reporting on their precarious banking relationships — which set off a wave of attacks from trolls convinced we were paid propagandists. But obviously, we were never anti-Bitfinex; the exchange’s very own Paolo Ardoino, its CTO, appeared on our podcast just last week.

And now we find ourselves in the iron sights of another digital asset exchange: Binance, (a company whose detractors, ironically enough, once accused us of taking payments from to produce unflattering coverage of its rivals.)

On Thursday we reported that the exchange’s Shanghai office had been shut down, and that an eyewitness source had likened the shutdown to a police raid. Binance denied both of those details in numerous tweets and in statements to other media outlets. In light of the unusually vociferous backlash over the story, I thought it would be worthwhile to dive into the claims made by Binance, our anonymous sources, and additional reporting conducted over the last 24 hours.

Let's start with the "no office" claim. Binance CEO Changpeng "CZ" Zhao said publicly on Twitter following the release of our report that Binance hasn't maintained an office in Shanghai since 2017. The Block's own sources and public information demonstrate that CZ's statement is false. In fact, it appears that there were two Shanghai offices at which Binance employees worked during the past two years.

In addition to our own sources (including conversations with people who have been to the office), and photos of the office we obtained, Chinese media site Caijing.com published an article via its cryptocurrency subsidiary Onchain's official Weibo account, saying that it visited one of the Binance Shanghai offices as recently as Oct. 29. According to the report, several people were present during the press visit, including a person wearing a Binance hoodie.

Onchain.caijing.com's article stated that following the publication of our report, its reporter visited the office again on Nov. 22 and found that the office had been cleared out. A building manager told Caijing that Binance staff had left the office "two days ago," which would be Nov. 20. The publication's reporters also visited the second office, where people said they hadn't seen anyone around in the past couple of days.

Binance's response is that the term “office” is very subjective and really doesn’t apply in this situation.  The general PR talking point goes something like, "It's not an office just because a bunch of Binance employees congregated there and did work! Binance is decentralized; Binance doesn't believe in offices!" (Whether this is an argument made by necessity because of Shanghai’s ongoing crackdown of cryptocurrency businesses is a subject about which we can only speculate).

In sum, here's exactly what we know about the offices in question: 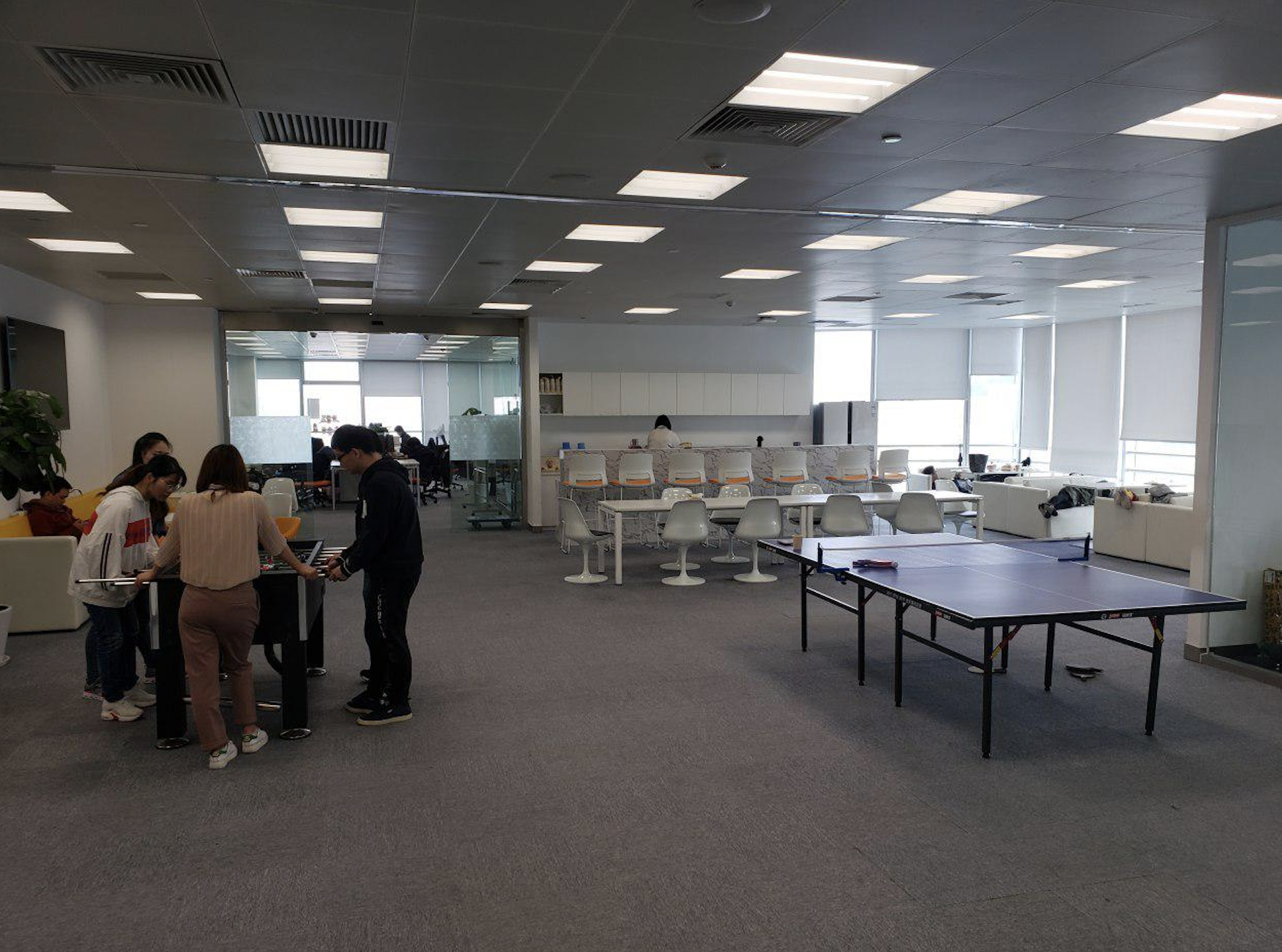 Photo: One of Binance’s Shanghai offices at Zhonghai Huanyu

A vendor who said he worked out of the Zhonghai Huanyu office described to The Block, in detail, the day-to-day at Binance Shanghai. He spent time at one of the offices during several weeks in 2019.

"CZ was there," said the vendor, who requested anonymity for fear of legal reprisal. He said Binance employees had their own VPN to get around the "Great Firewall" to visit websites like Google. They also used foreign services like Jira to manage projects.

"There were town halls hosted by CZ," he said. He estimated there were 200 employees at the office when he was working there.

"They had a big area where they would serve the lunches and the dinners," he added. "[CZ's] big into reading these books and whatever his book de jour is everyone has a copy of it" 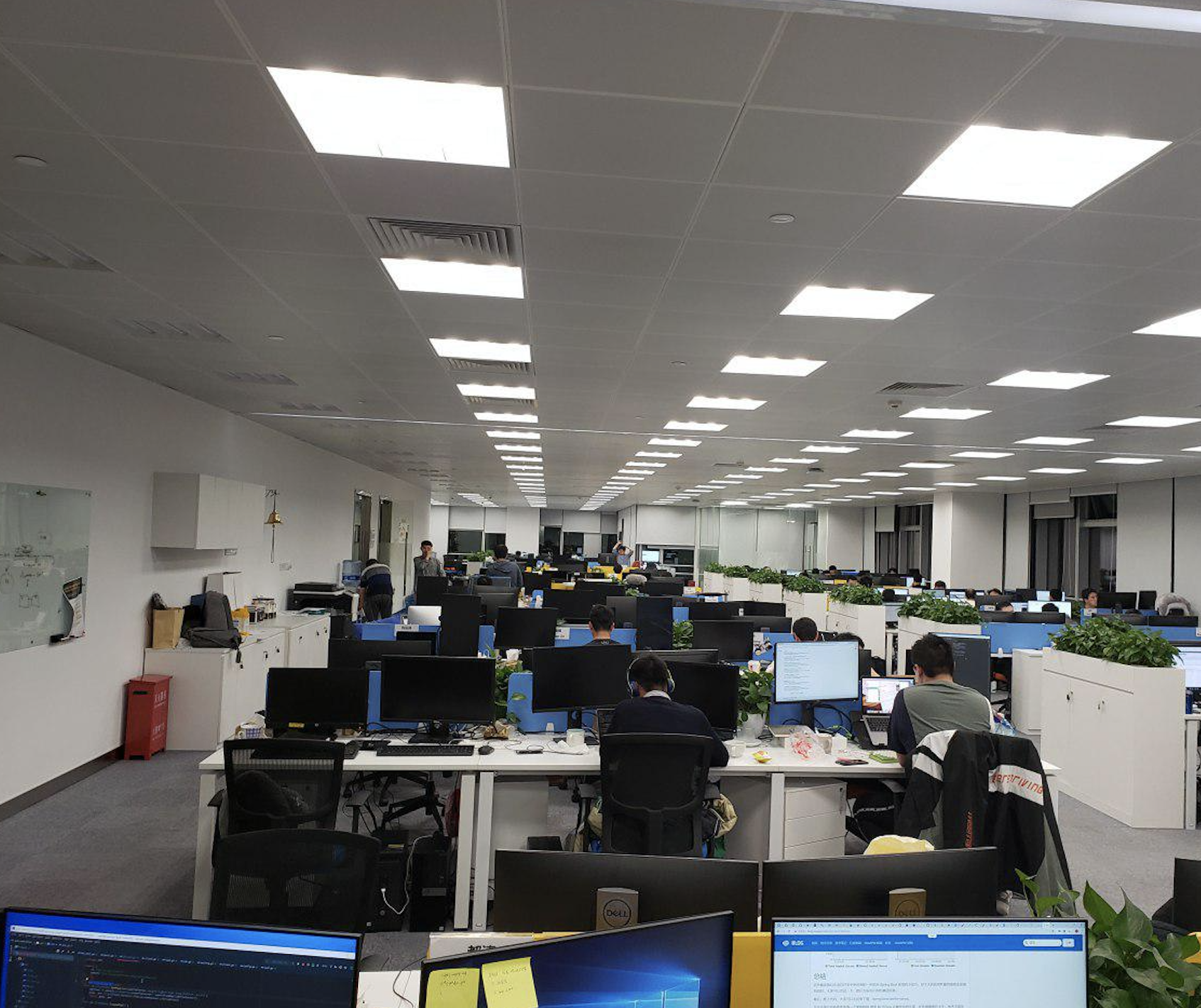 Photo: One of Binance’s Shanghai offices at Zhonghai Huanyu

What about the "raid"?

In our original report, we cited an eyewitness who told us that, prior to one of the offices shutting down, police had conducted an investigation of the premises. When we reached out to Binance about the supposed "police raid" and they denied it ever happened, their denial was included in the report.

The eyewitness is a Binance employee who we cannot identify because we agreed to communicate “on background” - that is, to be quoted only as an anonymous source. This person has been a reliable source to The Block for the past several months, and has accurately confirmed multiple stories related to Binance. Following our initial reporting, another source corroborated that officials had visited one of the offices prior to the shutdown. Still, following publication, other vetted sources have questioned the veracity of the word "raid," as used in the report.

We've updated our previous story — and headline — to reflect this ambiguity.

Done properly and in good faith, protecting sources’ anonymity is essential for getting parts of a story that otherwise would remain in the dark out of fear of reprisal. The Block stands by its reputation for carefully vetting sources, anonymous or otherwise. We also stand by the reporting in our original story, which further reporting has shown to be accurate.

This isn't the first time we've faced a gauntlet of criticism for our reporting, and it won't be the last. That's simply table stakes when you report on matters that well-moneyed and powerful companies would just as soon see buried. At the end of the day The Block will continue to objectively cover the digital asset space, warts and all, without fear or favor.