There are now at least 11 blockchain unicorns with over $1B valuation, including Binance, Ripple and Coinbase 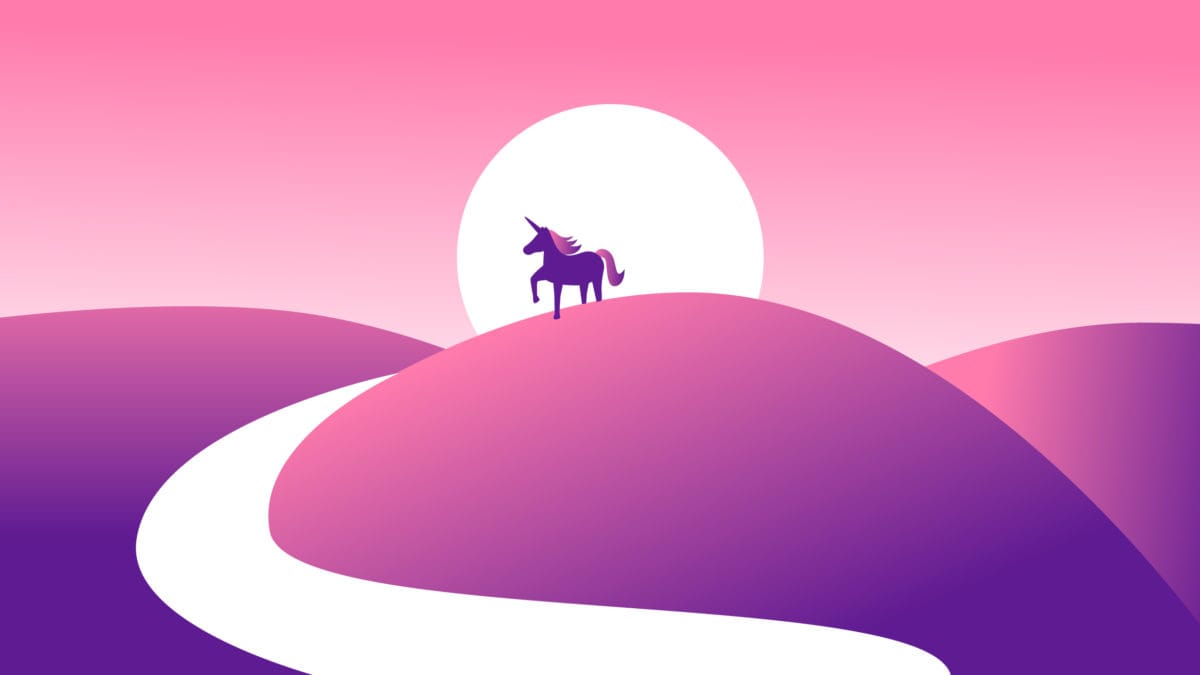 The blockchain industry worldwide now has at least 11 unicorns, companies with over $1 billion in value, including cryptocurrency exchanges Binance and Coinbase, as well as blockchain payments firm Ripple.

Research firm Hurun published its inaugural list of global unicorns for 2019 on Monday, ranking the world’s billion-dollar tech startups founded in the 2000s and yet to get listed on a public exchange.

Hurun found a total of 494 unicorns across industries, spread only in 24 countries and around 118 cities. China is leading the list with 206 unicorns, followed by the U.S. at 203, both countries together accounting for over 80% of the world’s unicorns. Europe has 35 unicorns.

Specifically, in the blockchain industry, topping the list is Chinese cryptocurrency mining hardware firm Bitmain, with a valuation of $12 billion. Bitmain rivals Canaan and Ebang, both based in China, are also on the list, with valuations of $3 billion and $1.5 billion, respectively. 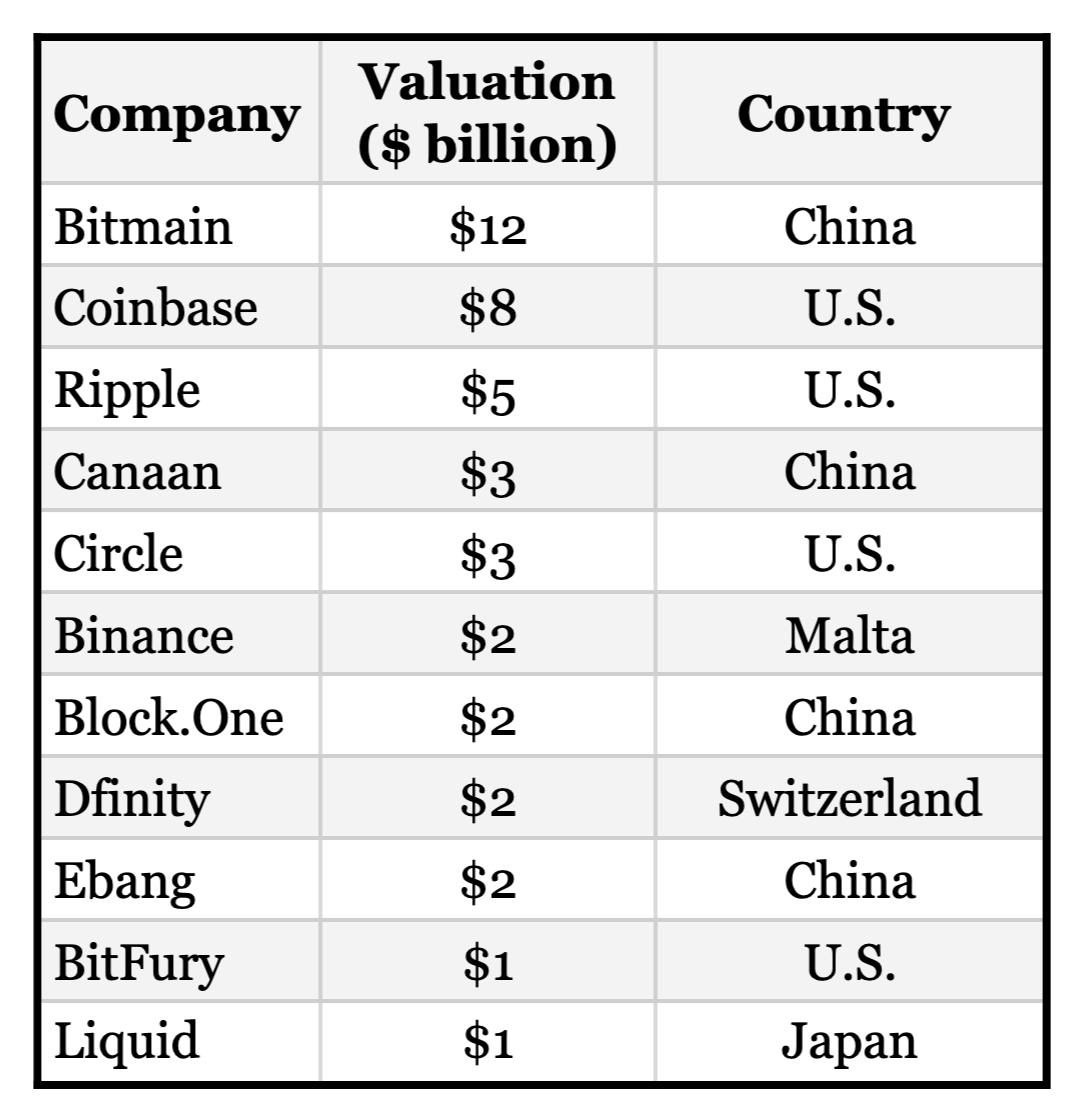 Ripple and Circle have a valuation of $5 billion and $3 billion, respectively, according to the Hurun list. However, in private markets, neither Circle nor Ripple reportedly has a valuation of above $1 billion. According to an “unsolicited inbound secondaries offer,” shared by venture capitalist and author Brent Beshore on Monday, Circle’s shares are currently on offer at ~80% discount, while a seller is looking to offload ~$50 million worth of Ripple's shares.

Earlier this week, Ripple CEO Brad Garlinghouse himself implied in a media interview that Ripple currently has a valuation of around $305 million as the company has this much cash in a bank.

It is, however, worth noting that the Hurun list mentions valuations of companies as of June 30.

Sequoia is by far the world’s most successful unicorn investor, according to the Hurun list, having invested into one in five unicorns, followed by SoftBank, Tencent, Tiger, IDG, Goldman Sachs and Alibaba. Hurun Report chairman and chief researcher, Rupert Hoogewerf, said: “Unicorns are supposed to be hard to find, but investors like Sequoia, Softbank and Tencent make it look easy.”

Each startup unicorn on the list is worth $3.4 billion on average, and all 494 unicorns are valued at $1.7 trillion in total, per the Hurun report.

There are likely other blockchain unicorns beyond Hurun's list of 11. After publication, a Kraken spokesperson reached out to The Block saying the exchange should also be included among the industry's unicorns, giving its value at $4 billion. A reader also pointed out on Twitter that BitMEX has also had its value pegged at over $1 billion.