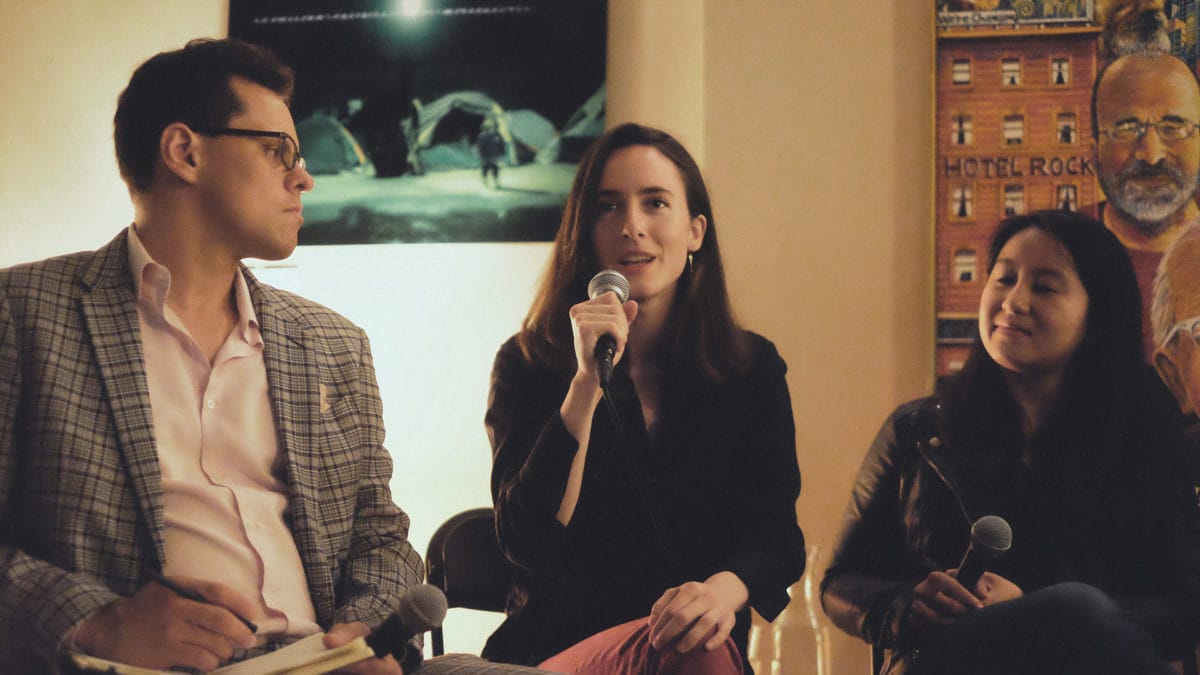 A 27-year-old Congressional candidate mounting a primary challenge for U.S. House Speaker Nancy Pelosi’s seat is a blockchain fan, and wants to see the meaningful enactment of 'practical' regulation around digital assets.

“I have been involved in the blockchain space for years now as one of the founding members of Democracy Earth, I think it's extremely important for representatives to embrace new technologies,” Bacelar told The Block.

Bacelar told The Block that blockchain can solve a number of issues, including self-sovereignty and voting. “It's possible to build many elements traditionally associated with a 'state' /governance on a blockchain: DAOs [decentralized autonomous organizations] can hold money, decentralized court systems without having to get judge or court involved. Our goal should be to allow people to effectively self govern, blockchain enables that,” she said.

On voting, she said: “One of the big problems with digital voting has been privacy and security and verification of votes. While it's not the only solution, blockchains could solve some of these problems.”

Andrew Yang, a candidate seeking the Democratic nomination for the 2020 U.S. presidential election, also wants to modernize voting via blockchain technology. He recently said that it is “ridiculous” that in 2020, Americans are still standing in line “for hours” to cast a vote in booths, and that blockchain can solve this issue.

Like Yang, Bacelar also wants to push for clearer and better-defined cryptocurrency regulations. She said the “most pressing issue” is to get the government to commit to not banning cryptocurrencies. She further said that “ambiguous laws” need to be addressed that give the U.S. Securities and Exchange Commission (SEC) “too much power” over determining what is a security.

“Our current approach to regulating crypto is driving innovation and investment outside of the U.S. to places like Switzerland, Estonia, or Malta. That needs to change,” she said.

Bacelar also personally holds crypto investments. She told The Block that her favorite cryptocurrencies are BTC and ETH as the former is the “classic, staple” cryptocurrency, while the latter “democratized the startup fund-raising process and powers smart contracts - which essentially provides inexpensive and accessible ‘lawyers for the masses.’”

So she owns BTC and ETH, and “of course” the Democracy Earth (VOTE) token, she said.

Bacelar's crypto donation initiative has so far raised $5,000 but she thinks the numbers will go up. "The portal has only been live for two days, so we are just getting started. The overall market capitalization falling ~25% in just the past few days hasn't helped, but I think we will see the donation numbers go up," she concluded.

Bacelar's primary challenge of the influential House Speaker is no doubt a long-shot, but insiders told VICE a strong showing against Pelosi could put Bacelar in a favorable position in 2022, when Pelosi has said she plans to relinquish her seat.

“I, frankly, don't think she can win because Nancy Pelosi is so formidable, lots of money and name recognition,” says Mark Van Landuyt, vice chairman of the California Democratic Party’s Progressive Caucus. “But this is her last term. So if [Bacelar] does extraordinarily well, then she will be the front-runner for 2022.”