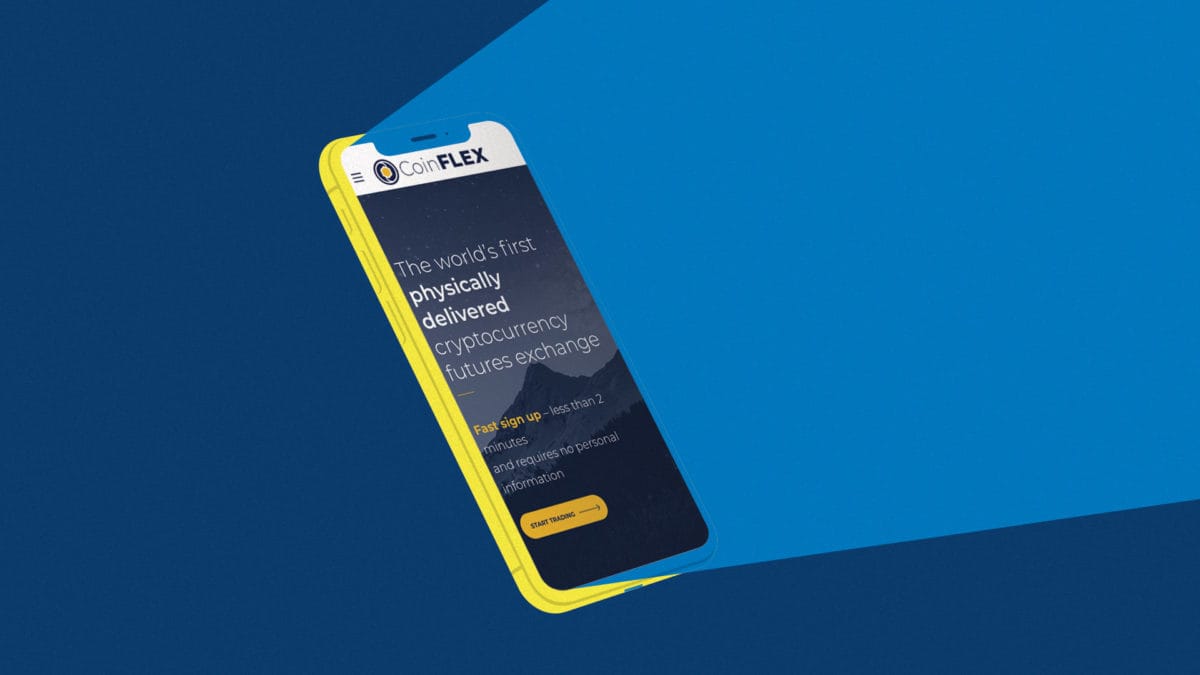 Upstart crypto exchange CoinFLEX is hoping multi-million dollar incentives will lure big-ticket market makers to its venue — fresh off the heels of a $10 million fundraise.

In an exclusive interview with The Block, CoinFLEX chief executive officer Mark Lamb said the firm had secured an additional round of funding from venture capital investors, including Polychain, NGC Ventures, Fenbushi, and Struck Capital. Lamb declined to share how much the firm, which spun-out of UK-based Coinfloor at the beginning of 2019, has raised since inception. Trading Technologies and Roger Ver are backers of the company.

As for the fundraise, it comes as competition in the cryptocurrency market heats up with new platforms coming online. In the U.S., Intercontinental Exchange's Bakkt confirmed it would launch its market for bitcoin futures in September, joining rival CME Group, which has operated a similar market since 2017. In Chicago, Seed CX and ErisX are building out their own markets for cryptocurrency derivatives.

CoinFLEX, however, is focused on the Asian market. And it is hoping that its products, which settle physically, will help it take on its cross-town rival, BitMEX. Founded by former Citigroup trader Arthur Hayes, BitMEX has traded as much as $16 billion in a single trading day. CoinFLEX's best days only hit around $200 million, according to Lamb.

Elsewhere, there is FTX, which launched earlier this year out of trading firm Alameda Research. Binance, the largest cryptocurrency exchange, is also preparing to launch its own derivatives platform.

As a way to stand out in the face of stiff competition, CoinFLEX is rolling out a new market making incentive program aimed at ten eligible trading firms.

Tapping into its newly deepened pockets, CoinFLEX will offer the top firms a rebate of $250,000, in total, if daily volumes for XBT/USDT futures hit $500 million. Currently, three firms are quoting under the terms of the market making program. CoinFLEX's aim is to sign up 10 qualifying firms, which would be required to tighten spreads on the platform.

If the firm's XBT/USDT futures beats BitMEX similar perpetual swap contract in trading volumes in the month of December, a moon-shot bet, then those trading firms would receive $1 million each. The move follows the launch of its native exchange token, FLEX Coin, which rewards users for trading in the crypto. It has a market cap of $26 million.

Elsewhere, the firm is looking to revamp its platform as it tries to prop up its liquidity with incentives. The firm is on the cusp of a new marketing push, says Lamb. It is also going to give its retail trading interface a facelift.

It is also looking to roll-out new products as soon as next month, including futures tied to LEO and BNB, the native exchange coins of cryptocurrency exchanges Bitfinex and Binance, respectively. The new products would join its Polkadot futures, a product launched earlier this year to address illiquidity in the SAFT market tied to the crypto project.

Physically delivered bitcoin futures are said to better facilitate a basis trade, a type of arbitrage that profits on discrepancies between futures and its underlying spot asset, according to Lamb. “If you are doing this through cash settled futures you don’t know how much you are going to make because you don’t know where the difference between futures and spot is going to be at expiry,” Lamb said. That’s because a trader gets paid in actual bitcoin as opposed to cash based off an index, which in theory could be subject to manipulation.

"There has been, on average, one large scale alleged manipulation in cash-settled every month," Lamb told The Block.

Still, traders who spoke to The Block under the condition of anonymity noted that while physical settlement is more efficient, it doesn't completely eliminate the risk of manipulation.

"People have manipulated markets on CME and CBOE ... even if it is a physically settled product," one trader said. He added Bakkt presents serious competition to CoinFLEX, noting the fact that the bitcoin underpinning the contract are cleared by ICE's clearing house and stored by a New York licensed trust.