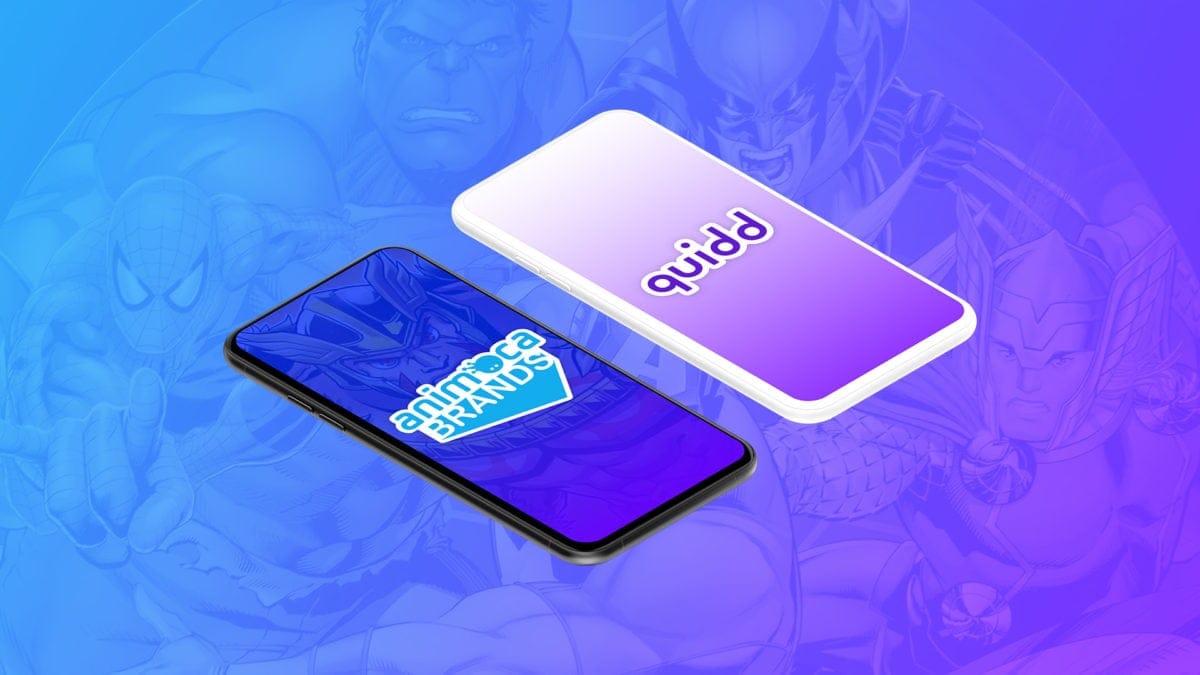 The world of digital collectibles like CryptoKitties may appear to be a quirky game, but the business moguls backing them aren't playing around - and they expect to win big.

Animoca, a mobile gaming firm listed on the Australian Stock Exchange, has paid approximately $8 million to acquire Quidd, a digital collectible startup pitched as the "world's leading marketplace" for ledger-based memorabilia. Joining Animoca as a strategic technology and financial partner in the acquisition is Harmony, a blockchain firm whose token is in the running to be listed on Coinbase.

Launched in 2017, Quidd raised $13 million in its Series A from VC giants like Sequoia. It went on to buy the rights to 325 brands from key partners like Disney, HBO, and Marvel, hoping to eventually build a giant marketplace of unique, tradeable, digital goods. It worked; the firm has reportedly turned over $10 million in revenue in little over two years selling its 2.1 billion individually-serialized digital collectibles to comic and film fans.

But according to Harmony's co-founder Nick White, there were exceedingly high costs associated with Quidd's strategy, prompting the buyout.

"They burned a lot attracting their first lot of users," White told The Block, noting that at its peak, Quidd had 800,000 monthly active users on its mobile app. White also added that the firm failed to retain many of those users, dropping dramatically to around 200,000 at present.

"While they got the licenses, they weren't that good at making an engaging game."

Animoca is now hoping to help Quidd expand into Asia and beyond, stretching outside its current North American-centric base. The plan is to build appeal by eventually incorporating the ledger-based collectibles into popular esports, akin to Gods Unchained. The other incentive is that the marketplace offers savvier users the opportunity to sell their rare digital goods at a premium. [related id="1"]

The Australian-listed firm has some experience in this respect, with Animoca having brought the rights to take CryptoKitties mainstream in Asia in January 2018.

Meanwhile, Harmony is aiming to showcase that its sharding and proof-of-stake driven blockchain "can support" high transaction and data volumes. White says eventually that will attract developers and other apps to build on it.

As part of the acquisition, Animoca will pay $5 million upfront and the remainder will be paid in a deferred agreement subject to set profit milestones, according to documents seen by The Block.

A boom on the horizon?

Animoca is not the only one starting to take digital collectibles seriously. Last week, the National Basketball Association (NBA) announced that it had partnered with the creator of ‘CryptoKitties,’ Dapper Labs, to launch a platform for basketball fans to purchase, trade and own digital collectibles like sports shirts on a blockchain.

And it's easy to understand why, says White, who argues the business benefits are far-reaching.

"We're still in the early days. But this could be the root of a new ecosystem. It opens up a lot of potential for firms," he explained. "If fans can prove they own NBA collectibles, that might then give them special privileges at games. That means teams, entertainment brands, etc, can monetize it and link it to the real world."

Meanwhile, it's not just firms who can benefit. Fans are also getting behind the space, according to Caty Tedman, head of marketing and partnerships at Dapper Labs.

“Blockchain does a bunch of wonderful things for fans. It allows them to engage, and showcase self-expression; you can make it yours,” she recently told The Block. “It mirrors physical memorabilia", in that you can verify you own it.

In other words, Animoca and Dapper Labs are betting on digital goods becoming as valuable as sentimental physical assets.

They might have a point. If Britney Spears' used chewing gum can sell for $14,000, why not a digital sports shirt once owned by your favourite player?

"People laugh about blockchain gaming because it's less serious than finance use-cases," White notes. "But the hard thing about finance is that you need to be ultra secure, and there's so much regulation. You have to be subversive or you'll get prosecuted. But with gaming, it's pretty low stakes. And there's no regulation. It's just buying art on the blockchain. So I think it's a perfect testing round," he concluded.

Still, if CryptoKitties is anything to go by, hype can come and go. Users spent the equivalent of $23 million buying rare cats in its first few months, but the game has since dwindled in on-chain activity.

Either way, serious industry players are now paying a surprising amount of interest (and capital) to a space which started with a craze for feline cryptocollectables.

Just another day in crypto.