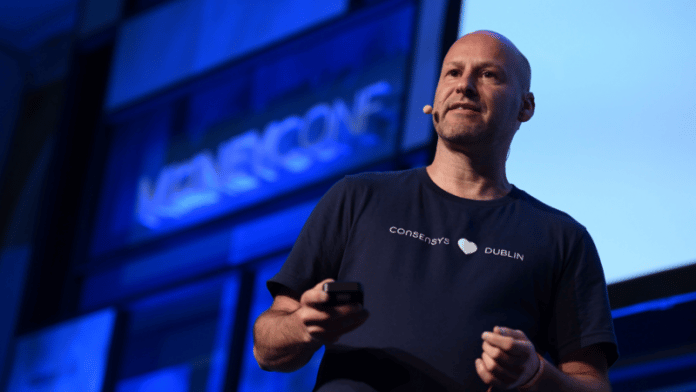 ConsenSys, the Ethereum software company behind crypto wallet MetaMask, is poised to more than double its valuation with what will be a third fundraise in less than 12 months.

The firm has held talks with potential backers about investing at a valuation of roughly $6.5 billion, according to three people close to the discussions. Several sources said the company’s post-money valuation will be close to $7 billion.

A document obtained by The Block suggests that ConsenSys has settled on a pre-money valuation of $6.7 billion, and states that the round will consist of $300 million in primary fundraising — which appears to confirm a post-money valuation of $7 billion — and $200 million in secondary transactions. The same document suggests the cash will be used to drive growth and for acquisitions.

The company last raised funds in November 2021, when it announced a $200 million round at a valuation of $3.2 billion. New investors in that round included British hedge fund Marshall Wace, Daniel Loeb’s Third Point Ventures and HSBC.

In April 2021, ConsenSys raised $65 million from backers including UBS, Mastercard and JPMorgan.

ConsenSys has developed half a dozen core products, all aimed at widening access to the Ethereum ecosystem. Crypto wallet MetaMask and Infura, the developer platform, are its flagship tools.

When announcing its $200 million raise in November, the company said in a blog post that Infura had increased its users from 100,000 to 350,000 in the previous year. At that time, MetaMask’s monthly user base numbered 21 million — up 38 times from 2020. The wallet also operates a service targeting institutional investors, giving them the means to interact with DeFi apps.

At the time of its last raise, ConsenSys said the $200 million would be used to rapidly expand both MetaMask and Infura, while also fuelling 400 new hires across the group.

“The paradigm shift to a world running on decentralized protocols is in full gear,” said ConsenSys’s founder and CEO Joseph Lubin in a statement.

Update: Additional information about the size of ConsenSys’s fundraise, and how it plans to use the proceeds, was added to this article on January 27, 2022, at 11.40pm.