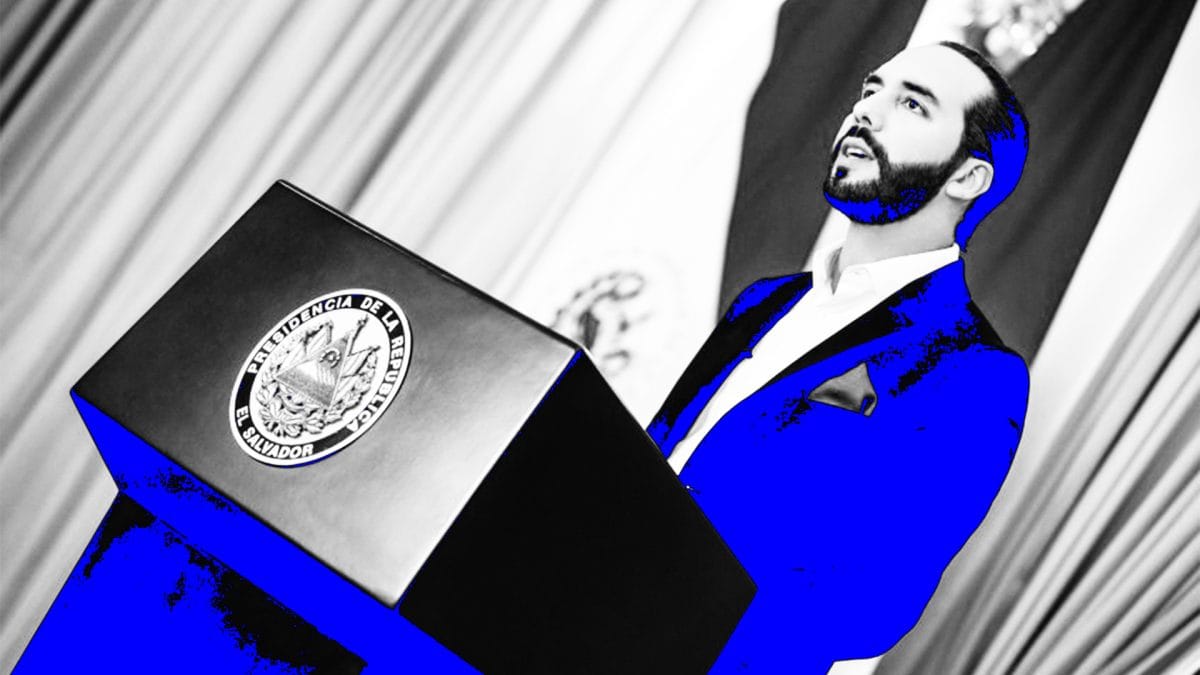 El Salvador’s president, Nayib Bukele, is planning to use a so-called bitcoin bond to fund a new municipality called “Bitcoin City,” which would be powered with geothermal energy from a volcano.

Bukele announced the plan in the late evening of Nov. 20, speaking on stage during an elaborate grand finale to wrap up the LABITCONF conference. He was also joined by Blockstream chief strategy officer Samson Mow. The same night, The Block reported that El Salvador struck a deal with Blockstream and Bitfinex parent iFinex to issue the bonds in question.

The president said the bonds will be used to fund a “Bitcoin City,” which will be located near a volcano that will provide the municipality’s operations as well as bitcoin mining. Bukele said the bonds will be available in 2022. He estimates the city’s public infrastructure would total about 300,000 BTC (worth about $16.8 billion at the time of writing).

The city would be located along the Gulf of Fonseca in the Pacific Ocean, a body of water containing volcanic islands that also forms a border with Honduras and Nicaragua. Bukele envisions the municipality being circle-shaped, boasting a bitcoin symbol in the middle that will be visible from aircraft. The city would have various amenities including residential and commercial zones, bars and restaurants, an airport, a port, railways and entertainment.

"The government will provide the land and the public infrastructure, economic areas will attract investors [that] will contribute to the development and construction of the city, and, of course, Bitcoin City is committed to free and equal access to everything," Bukele said.

Bitcoin City would eventually be powered by a nearby volcano providing geothermal energy. This volcano will be different from the Tecapa one currently powering mining operations in the country.

Bukele said that the proposed city, which would have its own mayor, would not charge residents or businesses income tax, capital gain taxes, property tax or payroll tax. Instead, it would levy a 10% value-added tax on purchases to pay for city upkeep. Half of the proceeds from that tax would go toward supporting standard city services, like trash collection and maintaining parks. The rest would go toward paying for the bonds the government is issuing to build the city, he said.

Blockstream’s Mow explained more details of how the first so-called “Volcano Bond” would work, which technically is named EBB1 or El Salvador Bitcoin Bond 1. The Central American country plans to issue $1 billion in bitcoin for this first bond. Half would go toward buying bitcoin, and the other half would go toward funding energy infrastructure and bitcoin mining, Mow explained. This bond would be the first in a planned series, he added.

“What makes it a bitcoin bond is because it’s backed by bitcoin, so half of the billion dollars will go into buying bitcoin,” Mow told the audience. “The president is going to market-buy $500 million dollars of bitcoin.”

According to specifications shown on a screen behind Bukele, the bond will mature in 2032 and have a 6.5% coupon. Additionally, the bond has a dividend designed to give back half of the proceeds to investors after recovering the first $500 million in bitcoin. The Republic of El Salvador is the issuer of the bond, with Bitfinex Securities listed as the bookrunner. It will issue the bond on the Liquid Network, a bitcoin sidechain. The presentation also lists USD, BTC and USDT as currencies that can be used to purchase the bond.

Mow explained that the bond has a five-year “lock-up” period, meaning that $500 million in bitcoin would be taken off the market until that time. After that, the coupon would increase due to a dividend.

“Of that $500 million that the president buys, after a five-year lock-up, they will start selling some of that bitcoin to give an additional coupon to all the investors in the bond,” Mow said, adding that he expects Bitcoin to reach $1 million by the five-year mark.

El Salvador is also working on a digital securities law and plans to issue the first operating license for a securities exchange to Bitfinex, Mow said.

“You know with Bitfinex, they have a lot of whales, so I don’t see a problem filling a billion-dollar bond,” he said. Foreign investors putting up more than $100,000 will be able to apply for citizenship after five years.

The Bitcoin City project is the latest — and perhaps most significant — announcement Bukele has made since the Central American country made bitcoin legal tender on Sept. 7. In addition to the government launching its own Chivo wallet, the president also said it would be using a “surplus” from a trust fund with a balance in bitcoin and dollars to fund an animal hospital and bitcoin schools.

The Bitcoin law has sparked protests in recent months, even as Bukele has maintained high approval ratings. Not surprisingly, some have already voiced concerns about the latest plan. For example, some have raised concerns about the dialogue around El Salvador's bitcoin plans being in English, especially after Bukele first revealed the bitcoin law in Miami at a June conference. Some market experts are also questioning whether the bonds will be attractive enough for investors, as CoinDesk reported.