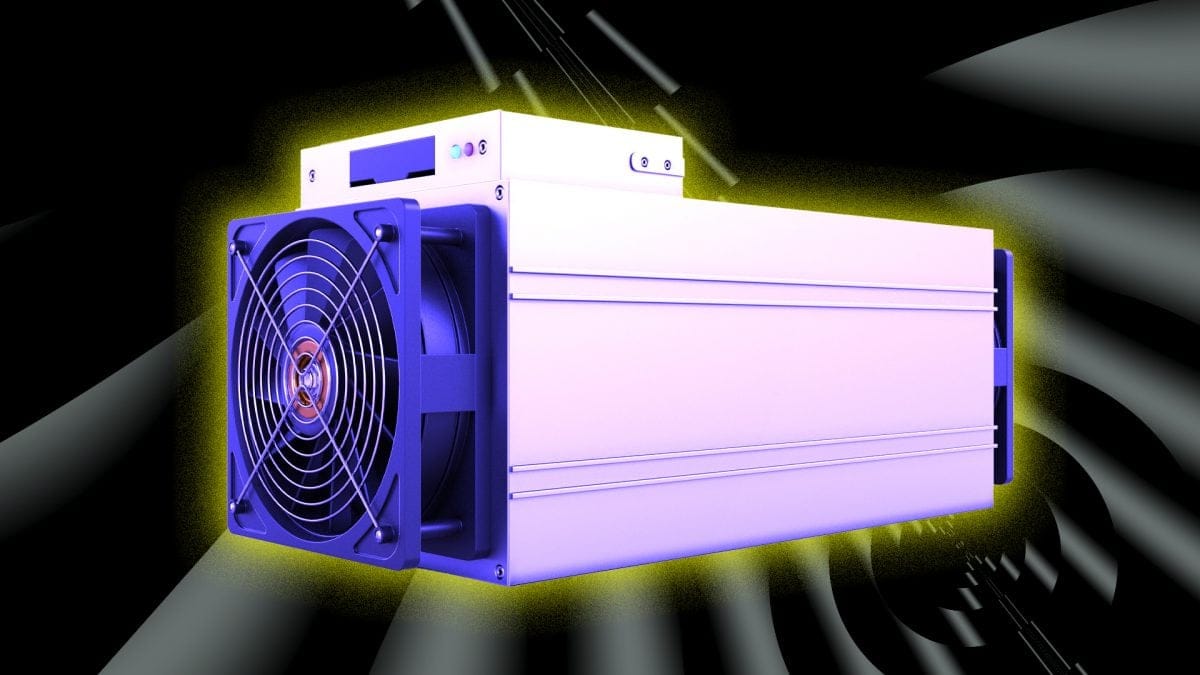 Meten EdtechX, a China-based and Nasdaq-listed English language training firm, has ventured into the Bitcoin mining space as China cracks down on the private tutoring business.

Meten, which went public in March 2020 through a SPAC deal, first said in September that it plans to get into cryptocurrency mining to expand its business lines and soon raised nearly $60 million in a new round of equity issuance.

In its prospectus for the September raise, Meten indicated that it was "contemplating" buying both mining machines and NFT assets with plans to build its own mining farm. "We are currently searching for low-cost natural gas, oil mines, and other suitable sites in Canada," Meten said at the time.

Now it appears the firm has made its first step to test the waters last week by buying 1,500 units of new generation Bitcoin mining machines for a cost of $12 million from AGM Holdings, a new Bitcoin ASIC mining chip manufacturer that has recently announced several bulk pre-orders.

It is the latest example of how a small-to-mid size public company, with an initial market capitalization of nearly $3 billion, is trying to use Bitcoin mining to salvage its declining business that has also been – perhaps unexpectedly – worsened by China's regulatory environment.

Meten was founded in 2006 in Shenzhen and as of December last year owned over 100 self-operated learning centers across some 30 Chinese cities.

It provides online and offline English training lessons for both adults and juniors. For the first half of this year, Meten incurred a net loss of $26 million on a revenue of $67 million. About 20% of the revenue came from online and offline tutoring for juniors.

When Meten was listed in March 2020, its stock price went up to as much as $27 and had since then maintained around $15 until August that year when it disclosed a net loss of $30 million for the first half of 2020.

Its stock performance kept declining since then and dropped below $1 in May this year, which was worsened by a Reuters exclusive report that China was poised to ban K-12 private tutoring businesses on school curriculum subjects – particularly math and English – in two months.

China's competitive education system has bolstered the growth of for-profit tutoring businesses over the past decades but the government is now aiming to reduce the educational pressure on both children and parents in its bid to encourage the country's birthrate.

The official crackdown notice was released in July and a wider market sell-off at the time caused Meten's stock price to reach as low as $0.28. But it has since then bounced back to $0.55, although is still 98% off its listing high.

Meten said in its 2021 interim earnings report that the July ban may "materially and adversely affect" its business operations, financial condition and prospects.

Over the past four years, there have been both success and failure stories of struggling Chinese public companies tapping into Bitcoin mining to bolster its original business lines.

For instance, BIT Mining, previously known as the sports lottery firm 500.com, started its Bitcoin mining pivot in early 2019 and has grown into a serious operation. It has avoided much of the limelight until early this year when it formally announced the pivot and the acquisition over mining pool BTC.com.

Others, like China-listed mobile app developer Wholeasy, were not so lucky. Its $80 million investment in Bitcoin mining equipment in 2018 and subsequent infrastructure build-out in the U.S. went wrong eventually and led to almost negligible returns.

For its part, Meten admitted that it has no prior experience and has "no assurance" that its Bitcoin mining effort will succeed.

It appears Meten's mining equipment purchase from AGM was already at a higher cost than the market rate.

In an announcement on Wednesday, AGM said it sold 10,000 units of its new generation of Bitcoin miners to another U.S-listed Chinese mining firm CCNC for $65 million, which is about 18% cheaper per unit than what Meten paid for.