Custodial crypto lending and staking products 'take on all the indicia' of securities, Gensler tells The Block 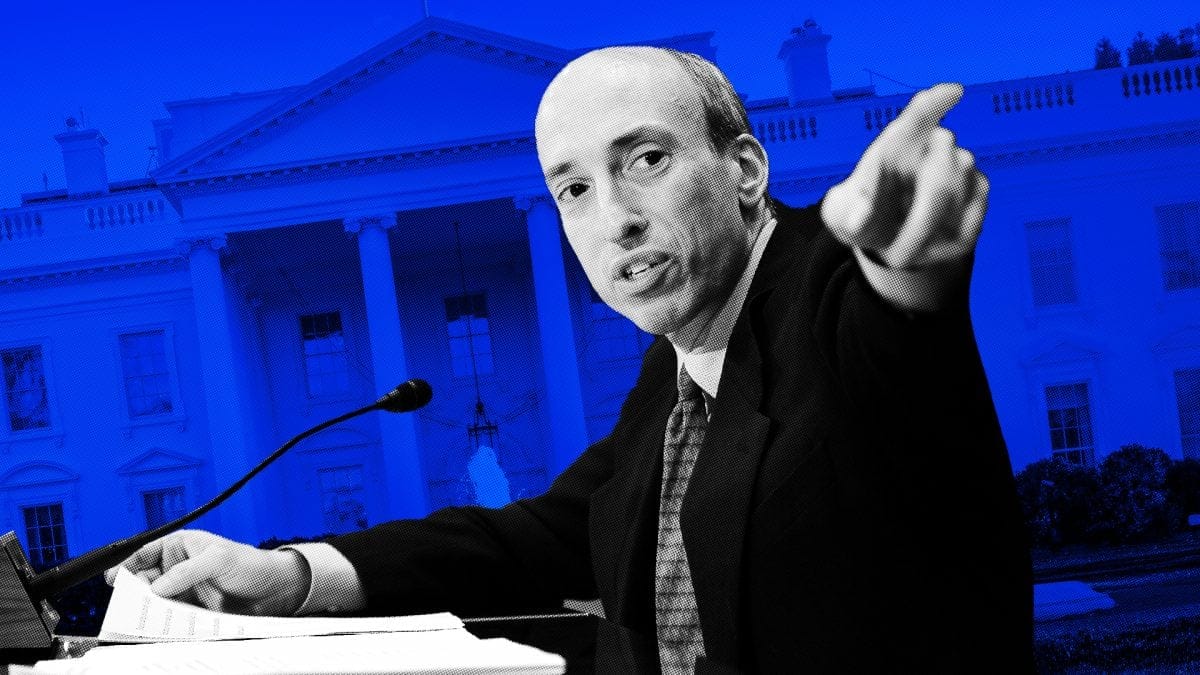 Securities and Exchange Commission chairman Gary Gensler indicated Tuesday that crypto lending and staking platforms that hold custody of user funds could fall under U.S. securities laws and, as a result, his agency's oversight.

Following a hearing before the Senate Banking Committee, Gensler told The Block that Congress in its 1933 Securities Act and 1934 Securities Exchange Act “painted with a broad brush as to what’s a security.”

This question of what is and is not a security has been a defining characteristic of the crypto industry and its relationship with the SEC and other regulators for years. In conversation, Gensler offered a broad view of this dynamic.

A recent SEC spat with Coinbase over its Lend product suggested to many that crypto lending platforms would need to register with the SEC sooner rather than later.

Using a “not your keys, not your coins” argument, Gensler further pulled staking platforms into his consideration, telling The Block:

“I would note to your readers that if you're investing on a centralized exchange or a centralized lending platform, you no longer own your token. You've transferred ownership to the platform. All you have is a counterparty risk. And that platform might be saying, as many of them do, we'll give you a four percent or seven percent return if you stake your coins with us or you actually transfer ownership and we the platform will stake your tokens. That takes on all the indicia of what Congress is trying to protect under the securities laws.”

During the hearing itself, Gensler found many in the Senate Banking Committee receptive to his broad view of what qualifies as a security and requires corresponding registration and regulation.

Senator Elizabeth Warren, for one, shared Gensler's concerns over exchanges like Coinbase — a political push that the two have been working together on for months.

"Many have been enticed by dramatic jumps in the value of new digital assets," said Committee Chairman Sherrod Brown of the past year of market volatility. "Some professional investors and celebrities make earning millions look easy. But, as we are reminded time and again, it’s never that simple – and too often, someone’s quick profit comes at the expense of workers and entire communities."

Meanwhile, Ranking Member Pat Toomey criticized the SEC's lack of clarity over what is and is not a security, saying:

"I understand that SEC staff will privately provide feedback and analysis on whether a cryptocurrency is a security. Why keep this analysis private? Why not publicly announce what characteristics make a cryptocurrency a security or not a security? Why wait to make the SEC’s views known only when it swoops in with an enforcement action, in some cases years after the product was launched? This regulation by enforcement is extremely objectionable and will kill domestic innovation."

In his questioning, Toomey asked for more specifics as to which cryptocurrencies are securities. Gensler answered broadly.

Toomey brought up stablecoins in particular, to which Gensler replied“I think they may well be securities.”

Toomey, in turn, disputed that there was an expectation of profit with stablecoins, a critical prong of the SEC's determination of whether an investment is an investment contract and, thus, a security.

“If it doesn’t meet the Howey test it doesn’t look to me like a security,” said Toomey. “And we certainly shouldn’t be taking enforcement action against somebody without first having provided that clarity.”