Next Stop: Blockchain’s Evolution of Economies 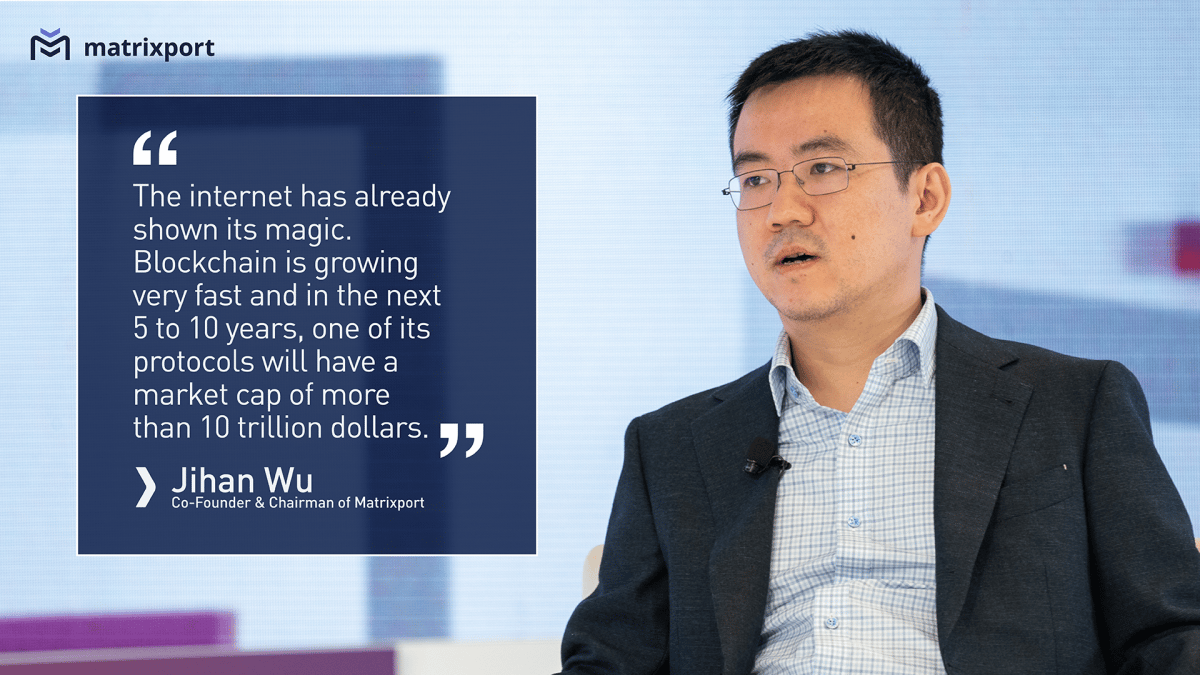 A blockchain-powered economy is not a distant future anymore as evidenced by use cases of cryptocurrencies and the sophistication of decentralised digital assets exchanges, such as Curve and Uniswap.

Beyond the financial services sector, we are witnessing wider real-world applications of the technology across sectors such as in healthcare, supply chain and logistics. There is an economic evolution playing out for which the breadth of its impact and benefits have yet to be fully understood.

Jihan Wu, Matrixport’s co-founder and chairman recently sat down with Vitalik Buterin and Balaji Srinivasan at the ATxSummit and delved into the “Potential Future and Pervasiveness of Blockchain”.

We are in the early stages of a blockchain super-cycle that is disrupting the natural monopolies synonymous with the network effect of the digital economy. Many believe that we are now moving into the third era of the internet evolution known as the CBC (Client-Blockchain-Client) era, which combines the benefits of the P2P (open sourcing) and central hub (global state, scalability and monetisability) eras in a single data structure.

In the CBC era, the absence of centralised players should not be feared. Jihan Wu elaborates that blockchain will help small enterprises as a “machine of trust,” enabling them to compete with the giants by capturing the values created in the blockchain supply chain.

The blockchain disruption is on track to surpass the ‘magic’ of the internet-driven economy over the next decade. This presents significant potential for many national economies built upon small and medium enterprises, such as Germany and Indonesia, to leverage the benefits of blockchain for new value creation opportunities.

There are key developments in the works to support the mass adoption of the blockchain-driven economy.

One example is the long awaited release of Ethereum 2.0, which will see a shift away from Proof of Work to Proof of Stake in a bid to solve the environmental concerns associated with crypto-mining and to secure the network to a greater degree. It would also focus on improving efficiency and scalability, making it possible for more kinds of applications to be introduced.

As the technology becomes more sustainable and scalable, we expect blockchain to play a bigger role in shaping the economy of the future, where according to Jihan Wu, work and processes are optimised so that “people can spend more time on meaningful things.”

To accelerate the path towards unlocking the full potential of blockchain, blockchain literacy is one hurdle we need to overcome together.

In order to promote a deeper appreciation of the technology, Jihan Wu suggested encouraging the formation of small interest groups to drive awareness of the technology by sharing use cases and promoting collaboration and growth in the space.

By making blockchain and crypto easier for everyone, we can level the playing field and shape a decentralised economy - igniting a technological manifestation for the people, by the people.