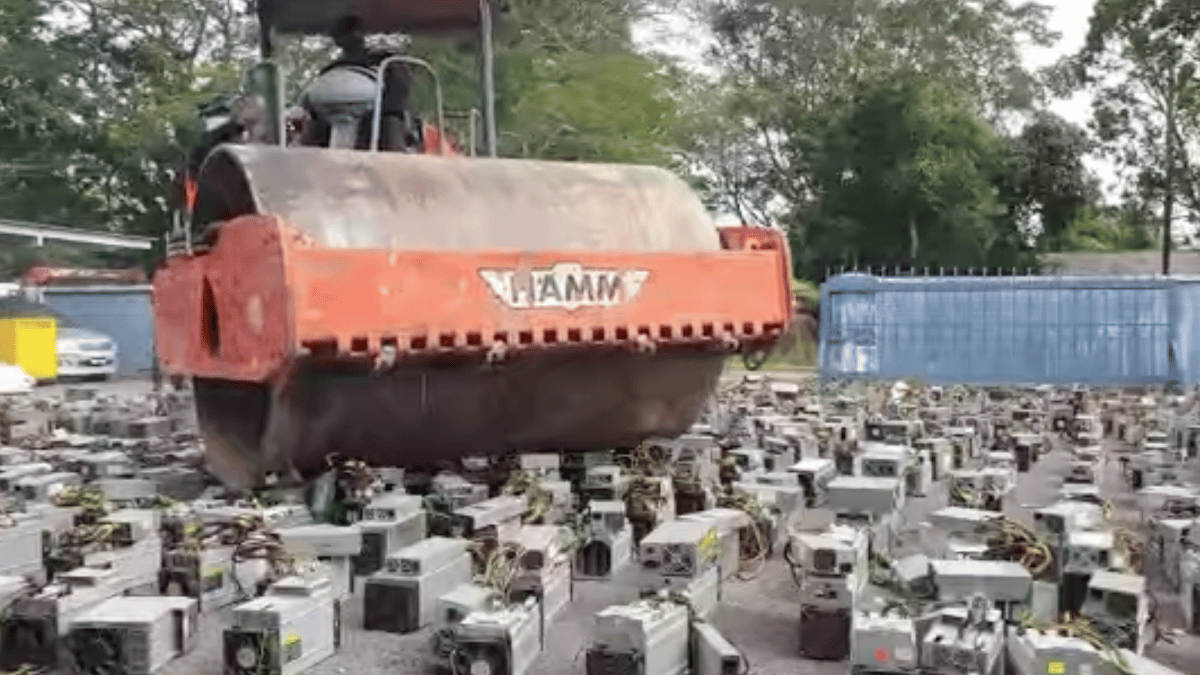 A video clip that went viral on Twitter on Friday initially led many to wonder who would destroy such a significant number of bitcoin mining equipment and where. Turns out it was the Malaysia police.

The video that shows a steamroller crushing hundreds of bitcoin ASIC miners on the ground first started to circulate among the Chinese crypto community on WeChat on Friday morning local time. Some initially speculated that it happened in China or Latin America as the background of the video made it difficulty to tell its whereabouts exactly.

But per a report from Malaysia media outlet The Star, it was the police in the city of Miri in Malaysia's Sarawak state that was deposing a total of 1,069 bitcoin miners seized from a recent crackdown on an electricity theft.

According to the report, the Miri police and the Sarawak Energy Berhad carried out a joint operation between February and April, arresting eight individuals for allegedly stealing electricity to mine bitcoin. Bitcoin mining equipment that was worth about $1.25 million was confiscated afterwards.

"All seizures made in the cases that had been settled in court were disposed of at the Miri district police headquarters today," the report said.

Another local media outlet included another video clip with a different angle that showed the same operation by the local police crushing the bitcoin miners.

Based on the latest bitcoin mining map compiled by the Cambridge Center for Alternative Finance, Malaysia accounted for about four percent of bitcoin's total network hash rate as of April this year.

But there have been multiple reports over the years that operators in Malaysia have been stealing electricity to secretly mine bitcoin.

Just in March, the police in Malaysia's Melaka state were hunting a bitcoin miner who allegedly caused about 9 million ringgit (around $2.2 million) of losses to a local utility company.