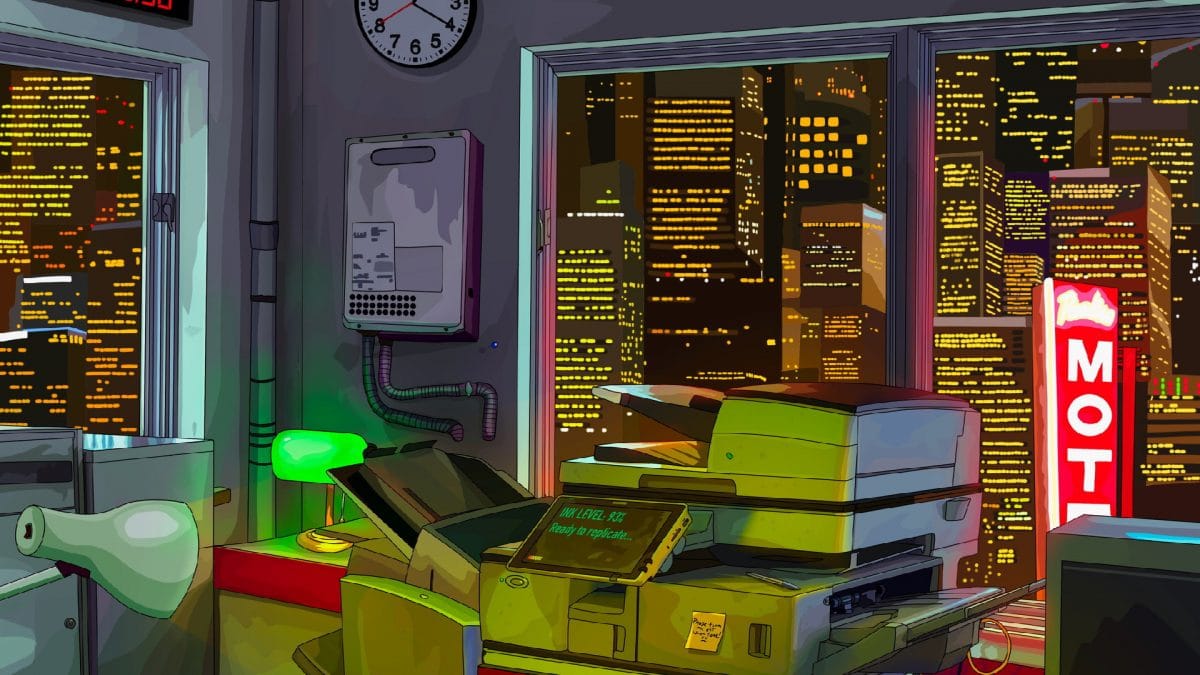 Amidst all the hype that has surrounded NFTs as of late, the REPLICATOR is even rarer than the average unique digital collectible because of its nature.

Visually, the NFT features an image of a photocopier in a downtown Los Angeles office space. But technically, things get a little more complicated.

The REPLICATOR is essentially a custom smart contract on the Ethereum blockchain built under the ERC-721 standard. In other words, this type of token is unique and can have a different value from another token from the same smart contract. The piece is designed to create new, unique NFTs over the next year. All of the replication logic has been coded into the contract i.e., probability functions, replication timing, ownership rules, number of generations, and even the likelihood of “jams” which would stop a generation of the NFT from being further replication.

Dowbak says he created the REPLICATOR to try to discover new ground in the NFT space.

“I liked the idea of making something that had more of a life than just the initial release, giving me a chance to tell a larger story,” he said in a statement shared with The Block. “Once the idea of a replicating NFT was in place it took some time to find a core theme that felt compelling. As soon as the idea of a photocopier came into my head I knew it was perfect. The story of a machine through time.”

According to Rebekah Bowling, a specialist of the 20th Century & Contemporary Art department at Phillips, the most compelling part of the REPLICATOR is the way it relies on technology to do what it is meant to do.

“It’s a cool use of technology and a really compelling art object. Its form and medium have such a meaningful relationship,” she said.

When asked if Phillips plans to sell more NFTs, Bowling said the auction house hopes to work with artists that have already made a name for themselves as well those who are exploring the space in an interesting way. Bowling also addressed some of the criticism NFTs have gotten in recent weeks.

“The things [NFTs] that are going to last are conceptually tight and interesting,” she said. “While there is some speculation going on, the possibilities that this technology is offering, especially to digitally native artists and to artists that haven’t had a way to commercialize their work before, for them this could be life-changing.

Dowbak says he doesn’t expect to create another self-replicating NFT, calling the REPLICATOR a “contained idea” that needs “its own spotlight and journey.”

“What makes REPLICATOR special, other than the new ground it's breaking is that its path is unknown,” he said. “I love the idea of non-deterministic art. The unknown bounty and drama that will unfold with be a completely new experience for collectors and viewers.”

Correction: The Block previously reported REPLICATOR was sold for $3.4 million but has updated the final price to $4.1 million to reflect the buyer's premium.