PAID Network, a crypto project that utilizes an Ethereum-based token, has suffered a contract exploit, resulting in the minting of nearly $160 million worth of tokens by the attacker.

Network data shows that just over 2,000 ETH -- worth roughly $3 million at press time -- was obtained by the attacker after some of the 59.7 million minted PAID tokens were traded on the decentralized exchange service Uniswap. Roughly 2.5 million PAID tokens were sold over the course of 13 transactions, according to Etherscan data.

Per Etherscan, the minting took place just after 6 p.m. UTC, with the transactions to Uniswap occurring between 6:07 p.m. UTC and 06:27 p.m. UTC.

The price of PAID was trading at roughly $2.86 per token prior to the price plunge, giving the minted tokens a value of about $159.3 million at the time of their creation. The token's price is currently trading at about $0.32, representing a 24-hour decline of more than 88%, according to data from CoinGecko. 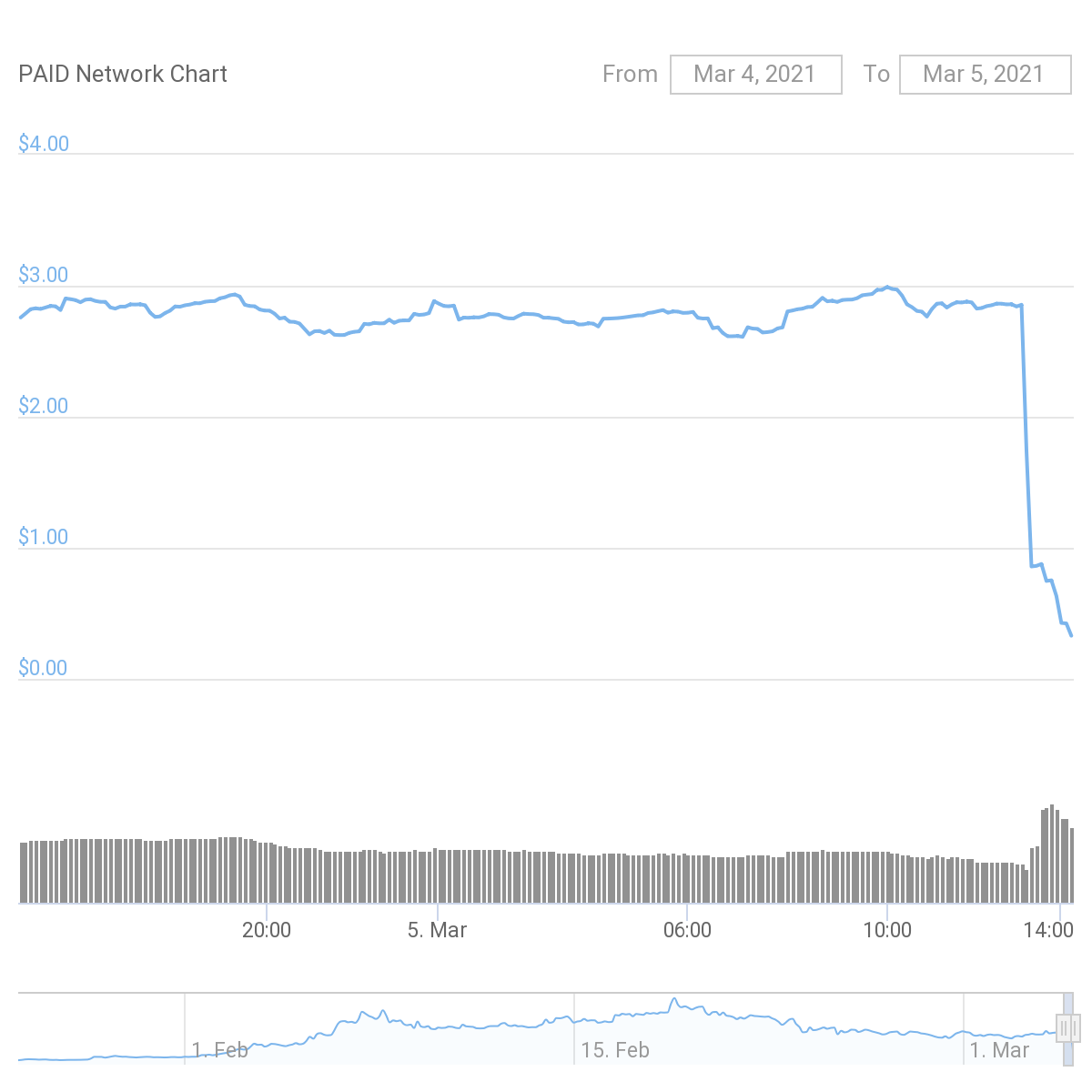 Liquidity for the token had hovered above $3 million on Uniswap prior to the exploit; there is now roughly $316k in liquidity available.

A message to the PAID Network team was not immediately returned as of press time.