Let's call it a meme reversal.

One of the defining characteristics of the crypto market this year has been price action turning bearish during the Asia session. But that appears to be shifting, according to two trading executives.

"I can confidently say that we are seeing less selling," said Phillip Gillespie, who runs trading shop B2C2's Japanese office.

"For months, there has been selling pressure in APC hours–primarily from miners and others taking profit during Asia sessions, but we are seeing less of that recently."

Indeed, the most recent Asia session saw bitcoin par much of its losses from the weekend. Bitcoin was trading at $47,677 at 8:33 PM HKT. 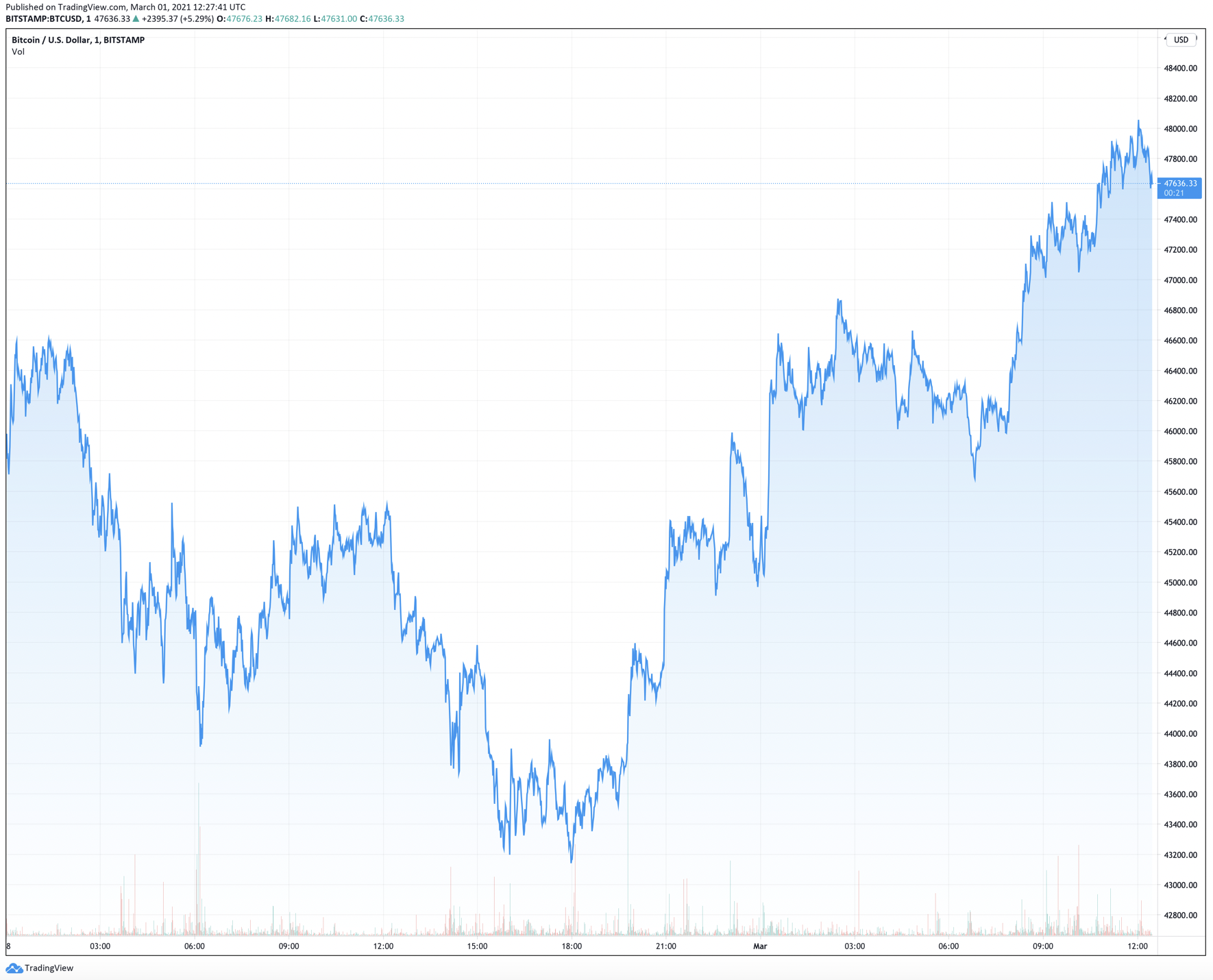 Aya Kantorovich, head of institutional coverage at brokerage firm FalconX, told The Block that it began noticing this shift in its flows early mid-last week.

"Hopefully there is a new level of confidence in Asia," she said.

B2C2's Gillespie said US brokers are behind the recent selling.

"We can’t disclose specific names, but there are some large US OTC brokers that started selling since last week. Aggressive flows."