Traders on FTX appear bullish on Coinbase after the release of its long-awaited S-1.

The thinly traded pre-IPO contract was up during Thursday's morning session, trading above $420 a share — which would imply a valuation of more than $110 billion. 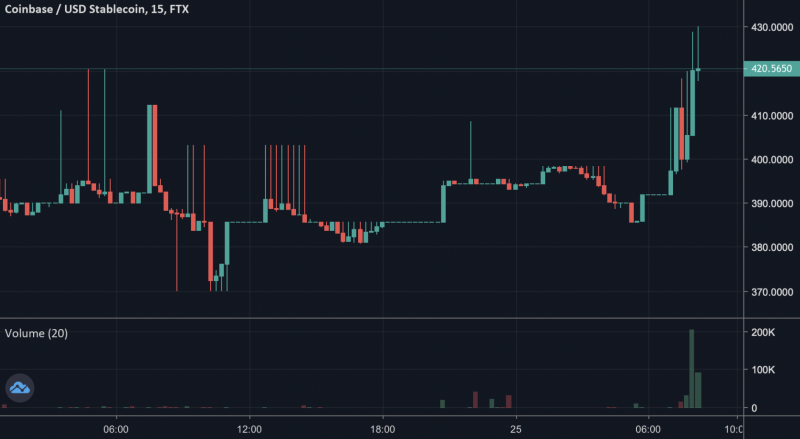 The new S-1 revealed new financials about Coinbase's business, including the fact that its revenue figure topped $1 billion in 2020. Coinbase further noted that it had 2.8 million "transacting customers" on its platform as of the end of 2020, compared with one million at the end of the past year.

Coinbase has been conducting secondary offerings on Nasdaq ahead of its direct listing. Last week, The Block reported that as of the almost recent secondary offering, the firm's implied valuation stood at $100 billion.

Traders on FTX who hold their pre-IPO shares would see those contracts convert into tokens after the direct listing.