Bitcoin's price breaks above $45,000 for the first time ever

The price of bitcoin has passed another all-time high milestone, surpassing $45,000 for the first time.

The cryptocurrency is currently trading hands at roughly $45,376 -- an increase of more than 15 percent in the past 24-hours, per data from the exchange. 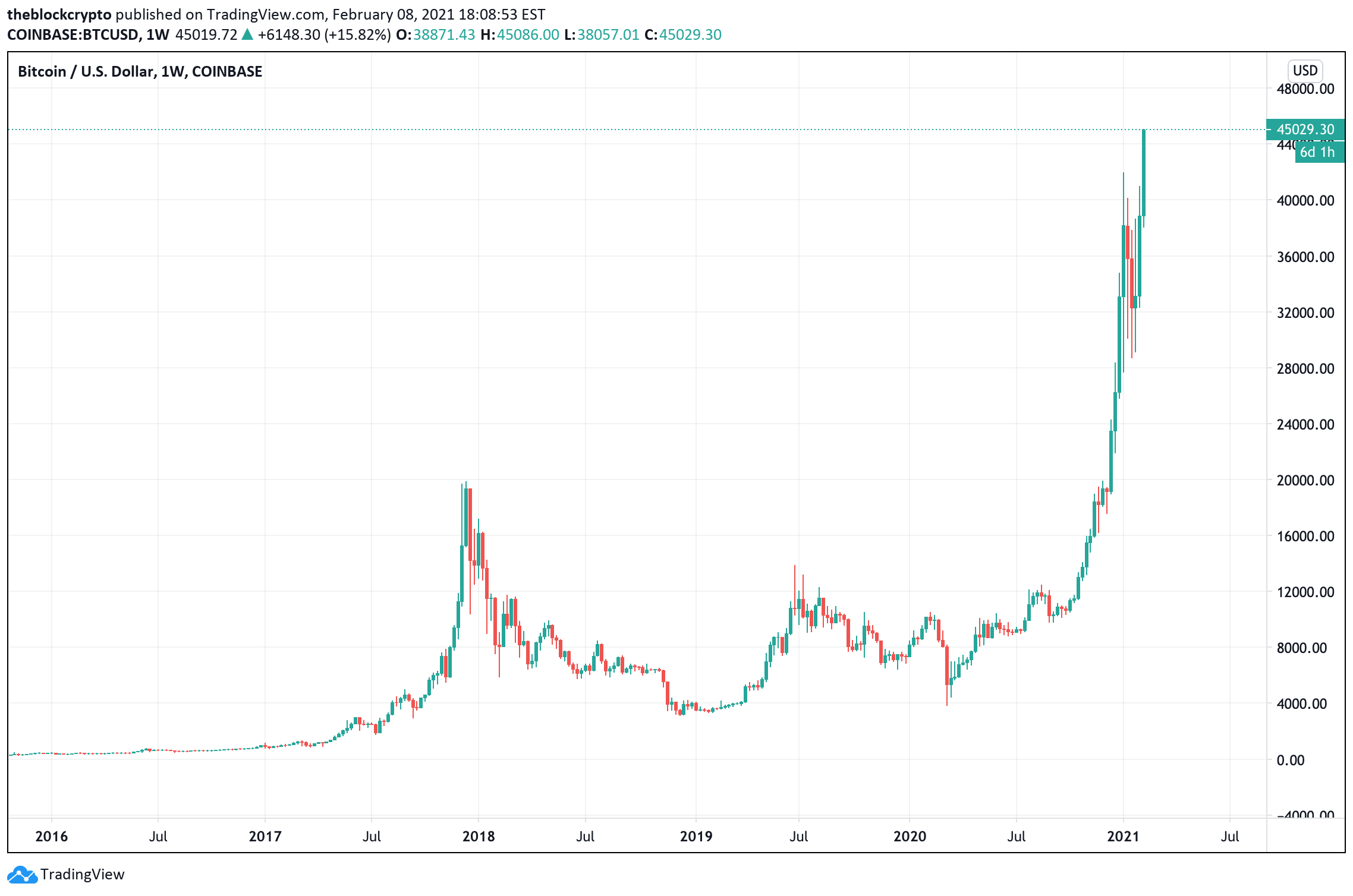 The development comes hours after U.S. automaker Tesla, led by entrepreneur Elon Musk, announced that it had invested $1.5 billion in bitcoin. The firm joins a small but growing list of publicly traded firms that have allocated some of their balance sheets to bitcoin.