To be sure, the bitcoin fund's performance was slightly less than bitcoin, which ended the year with a 303% gain.

In the note, CEO Dan Morehead argued that the ongoing rally in the digital asset market is less about hype than the previous rally in 2017, adding that focus has shifted from altcoins and initial coin offerings to bitcoin and ethereum.

"There has been a massive shift from highly speculative, mainly non-functioning tokens having roughly half of the total market cap in 2017 – to today when the market cap is mainly in the two proven, functioning chains: bitcoin and ethereum," Morehead wrote. "Those two chains have 86% of the value. The other 5,000 chains have 14%."

Pantera was an active investor amidst the ICO mania, investing in projects like Filecoin and 0x. 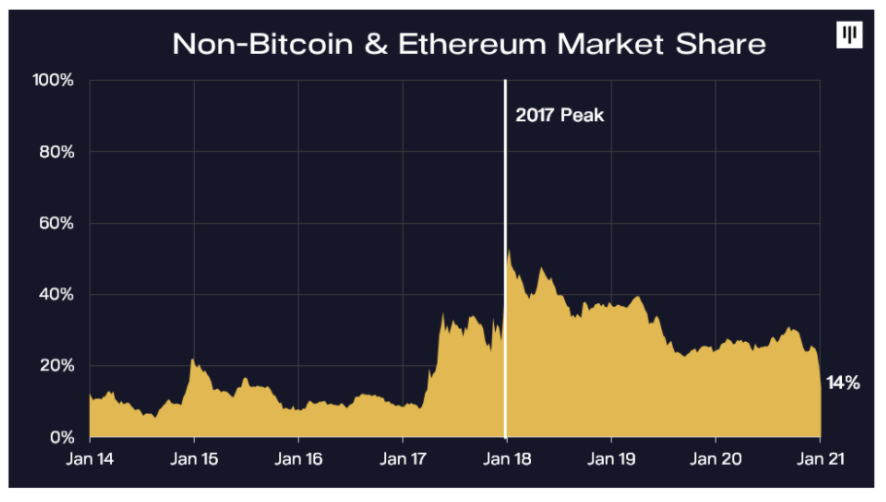 Unsurprisingly, the firm is bullish on bitcoin, highlighting a price target of $115,000 sometime in 2021. Morehead said that the impact of bitcoin's halving last year has yet to fully play out.

Disclosure: Pantera participated in an earlier The Block fundraising round.