While bitcoin was cratering over the weekend, institutions were buying

Bitcoin is recouping losses clocked in over the weekend, which isn't a surprise to market participants servicing institutional investors.

At last check, bitcoin was trading up more than 9% at more than $37,000. That's a far cry from the levels over the weekend, when a wave of liquidations across off-shore trading venues sent the market tumbling to $30,000. While retail traders were selling, institutions were overwhelmingly skewed to the buy side, says Cambrian CEO Martin Green.

"Institutional buyers were buying up those tips, taking advantage of retail de-leveraging," the hedge fund executive said. "You could see [dips] quickly bought up." 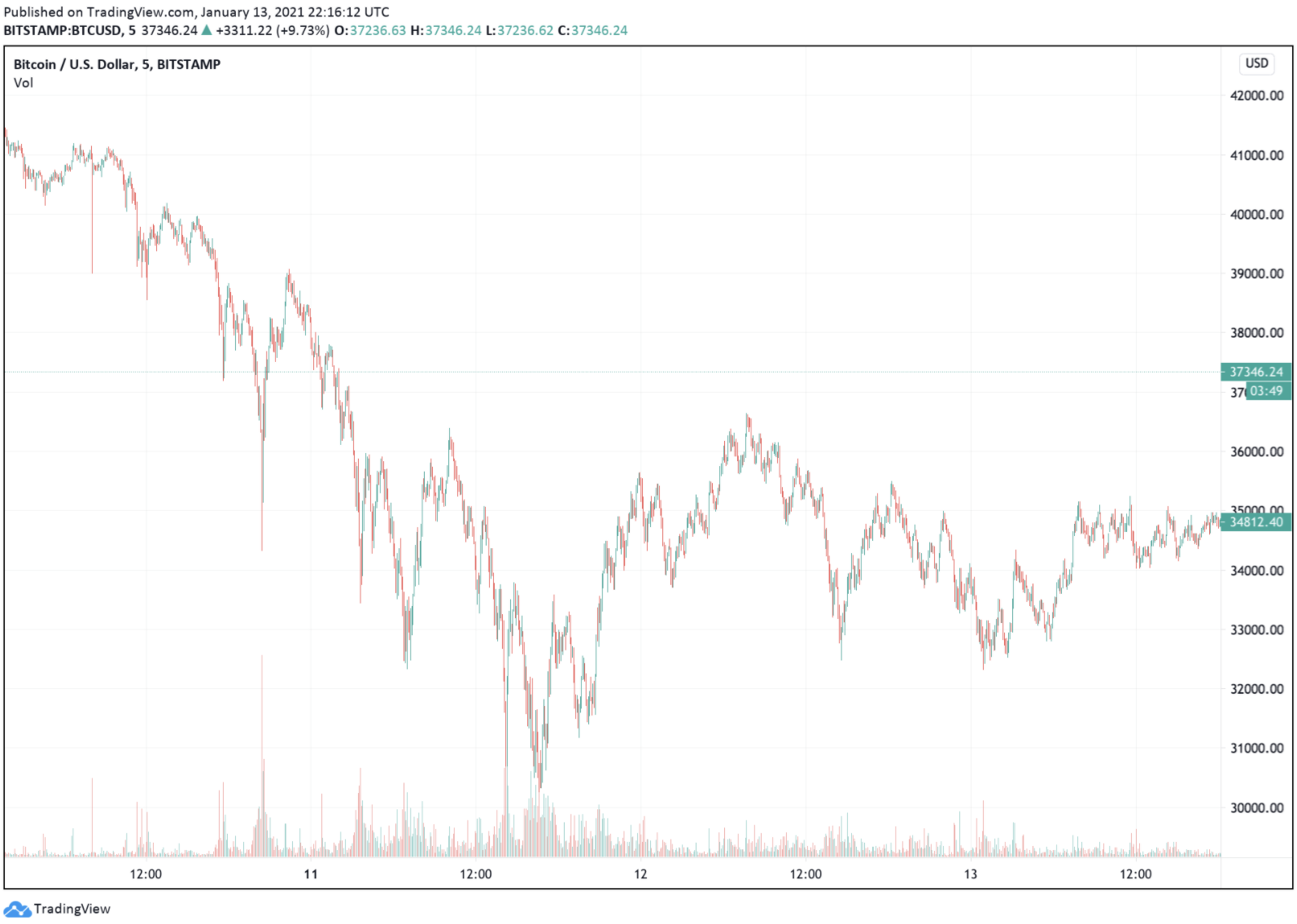 Indeed, over the weekend, bitcoin financial-services provider NYDIG said that its institutional clients were overwhelmingly skewed to the buy side — which indicated that the market could soon recover from its lows.

“Our institutional client base saw the drawdown as a buying opportunity," the firm told The Block. "During the drawdown, a full 89% of our client orders were to buy. We see that our client base, made up of institutions with very long-term time horizons, such as insurance companies, see pullbacks as a time to add to their positions.”

At the same time, data from Coinbase shows that retail users were far more bearish, skewed only 38% to the buy side.

"The initial move triggered selling from retail on Coinbase (see chart) and also retail platforms that use Coinbase for liquidity," a message from the firm to clients noted. "The buy ratio for Coinbase retail has been approximately 60% over the past two weeks, but on Sunday this was 38% as people rushed to take profits."

It added that market participants on the institutional side were buying, with some noting that they wouldn't be surprised if bitcoin hits $40,000 by week's end. From the note:

"Speaking to other market participants, a similar story unfolds. Many saw selling over the weekend but have a long list of buyers that they expect to step in and support Bitcoin here. More than one has commented that they wouldn’t be surprised to see BTC back at $40k later this week."