Digital asset firm Bakkt is looking to tap into the public markets through a SPAC deal, according to a Bloomberg report.

Bakkt, a venture by Intercontinental Exchange, is in advanced stage talks to go public through a merger with blank-check firm VPC Impact Acquisition Holdings, according to Bloomberg's sources. The merged firm could have a valuation above $2 billion, according to the report.

Bakkt is known in the crypto market for its derivatives products, including its futures and options on bitcoin. The firm has been developing a retail app for a wide-range of digital assets, spanning loyalty points and bitcoin. It has raised $300 million from investors including Galaxy Digital, Boston Consulting Group, CMT Digital Ventures, and Pantera Capital.

The SPAC is affiliated with Victory Park Capital, as per Bloomberg's report. Founded in 2020, it is led by former Antares Capital co-CEO, John Martin.

SPACs—special purpose acquisition companies—became red-hot in 2020. As per data compiled by Goldman Sachs at the end of last year, SPACs made up more than 52% of the more than $140 billion raised via new listings in the US. 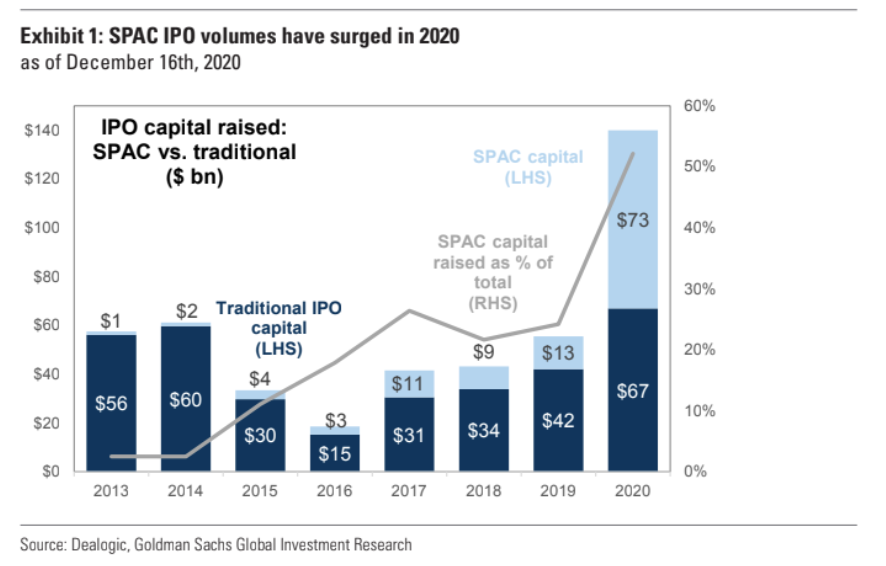