Information of Pornhub's support for the privacy cryptocurrency initially surfaced on Sunday in the Monero sub-reddit channel. The list of supported crypto payment options verified by The Block now does include Monero, in addition to other coins.

But The Block has learnt that the crypto-only acceptance applies to selected user bases, such as in North America, the U.K. or Singapore, among others.

The only payment option available for users with IP addresses in at least some European Union countries, for instance Amsterdam, Germany, Finland, appears to be either Lastschrift, which means direct bank debit, or SEPA, the bank transfer system for the euro zone. 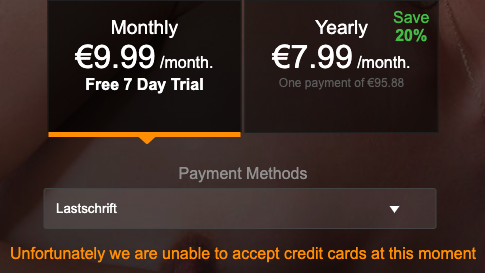 According to data from SimilarWeb, Pornhub's five largest traffic sources come from the U.S. with 23.76%, which is followed by Japan, Germany, France, and the U.K.