The milestone comes as bitcoin price continues to surge at around $18,000 levels. The spike in the open interest, or the value of outstanding derivative contracts that are yet to be settled, suggests that more money is flowing in the market, and traders expect a near-term rise in bitcoin's volatility. 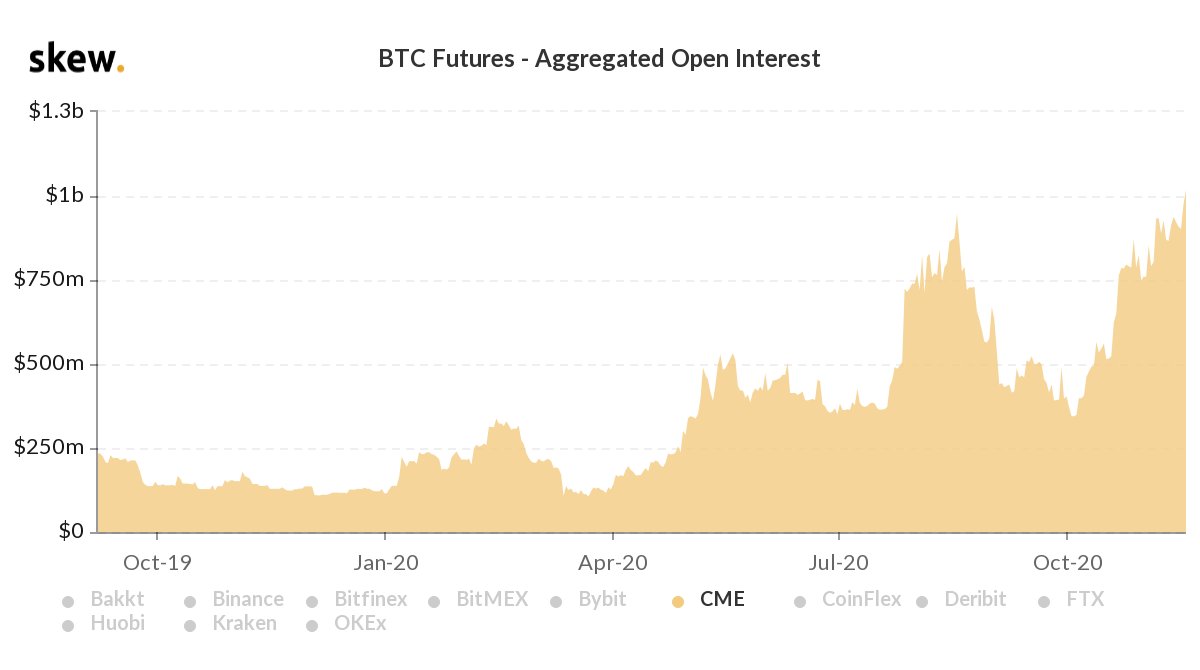 CME launched its bitcoin futures in December 2017, and it is currently the only regulated cash-settled offering in the U.S.
In less than three years of its launch, the futures have become popular. As The Block Research's Ryan Todd reported recently, CME bitcoin futures' open-interest holders make the top 60 (~80th percentile) of all CFTC reportable futures contracts.
The futures also had a higher average of total large open-interest traders in October than CME Aussie Dollar contracts, CME 1 and 3-month SOFR contracts, and CME Brazilian Real contracts. That record itself can be counted as a "resounding success in its own right," Todd wrote at the time.
Earlier this year, CME also began trading in bitcoin options. Aggregate open interest in the bitcoin options market is also growing, touching $3.8 billion on Monday.
Bitcoin