The U.S. Securities and Exchange Commission (SEC) has brought 56 court cases related to cryptocurrencies and ICOs since 2017, according to a new statement.

A list of "Select SEC Accomplishments" covering May 2017 to the present time includes a short section on crypto-related issues, highlighting the founding of the SEC Cyber Unit, which is focused on digital issues.

That July 2017 release was the so-called DAO report, which examined the token issuance of the now-defunct, Ethereum-based funding vehicle TheDAO and set the tenor for the SEC's future actions on the ICO front.

As previously reported, federal regulators from the SEC as well as the Commodity Futures Trading Commission have doled out nearly $200 million in fines for crypto-related cases since 2014.

For the SEC, the busiest year for this activity was in 2019, according to data collected by The Block. 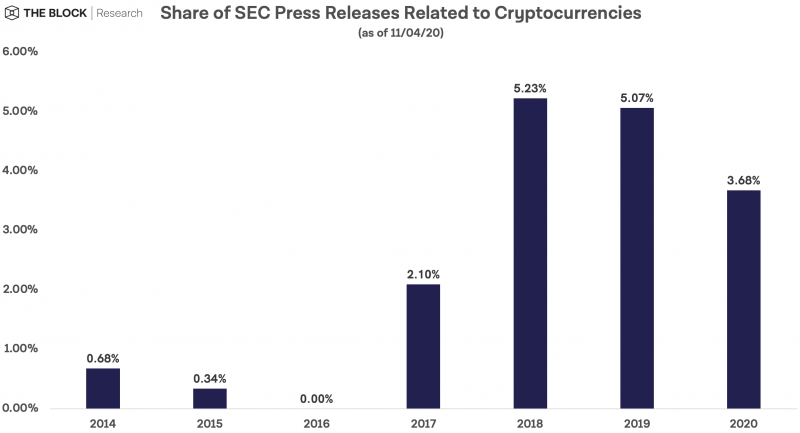