Polkadot is the most popular network for staking, nearly $3 billion worth of DOT tokens are at stake

Layer-1 blockchain Polkadot is the most popular network when it comes to staking. According to The Block Research, nearly $3 billion worth of DOT, Polkadot's native token, are at stake.

The figure means DOT token holders have deposited $3 billion worth of funds with Polkadot validators for earning passive income. Cardano follows Polkadot as the second most popular network, with $1.79 billion worth of ADA staked.

Tezos (XTZ) and EOS are ranked third and fourth by staking value, each having roughly $1.4 billion within their networks. Overall, around $12 billion in total is staked across the top ten networks — eight of which are Layer-1 blockchain networks — except Band Protocol and Synthetix. 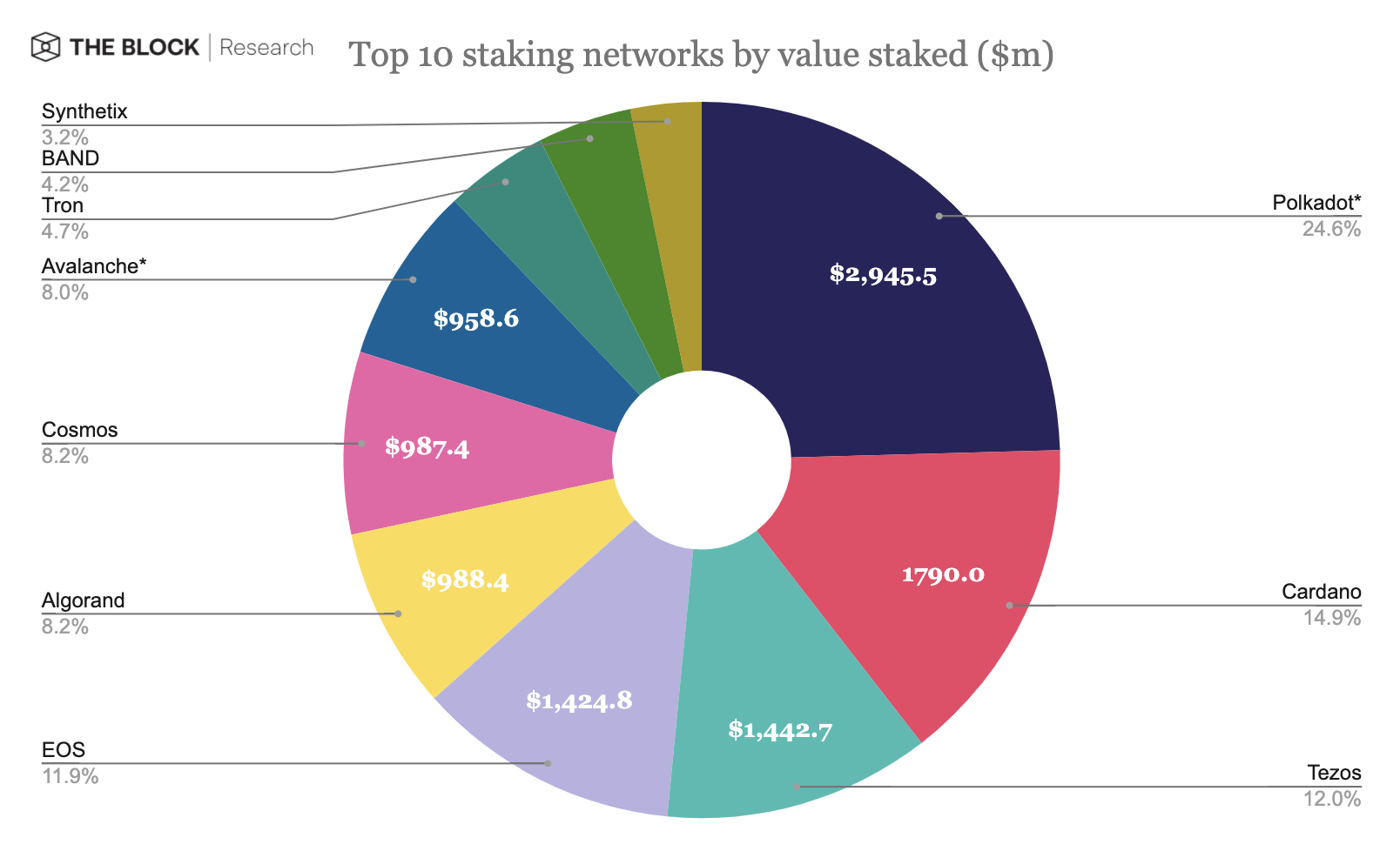 Besides being the largest network by staking value, Polkadot's DOT is the only token to have a positive return in the U.S. dollar, bitcoin, and ether over the past 90 days since the network launched trading of the token.

To read the full staking report and more such data-driven stories, subscribe to The Block Research.