Cryptocurrency trading volumes decreased by 25.8% in October, according to The Block's volume index for spot exchanges.

October's legitimate volume figure came in at $125.8 billion compared to $169.5 billion for the month of September. 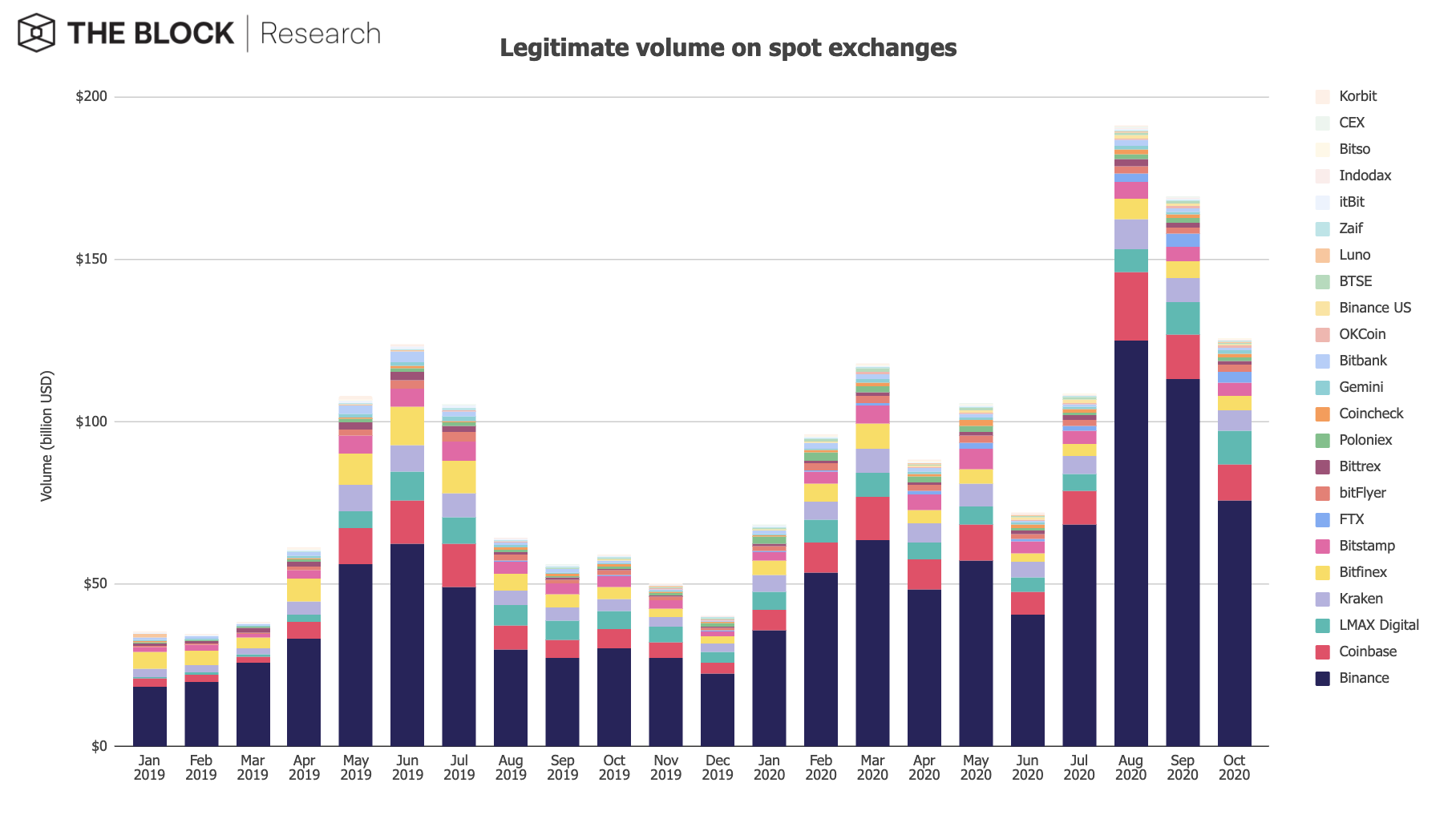 As previously reported, volume on decentralized exchanges fell during October as well. Those volumes declined to $18.46 billion from September's $24 billion.