The 2020 U.S. election has been a boon for decentralized prediction markets, according to data compiled by The Block Research.

On Augur, open interest recently passed $4 million, primarily driven by Catnip.exchange, a simple end-user interface for Augur's U.S. election market. According to The Block researcher Mika Honkasalo, open interest on Augur has been steadily increasing by over $1 million or 25% daily, leading up to election day.

Polymarket, a popular newcomer in the prediction markets space, also benefited from the U.S. election, with its election-related markets receiving over $3.5M in trading volume on Polymarket V2 — roughly 91% of total volume on the platform. 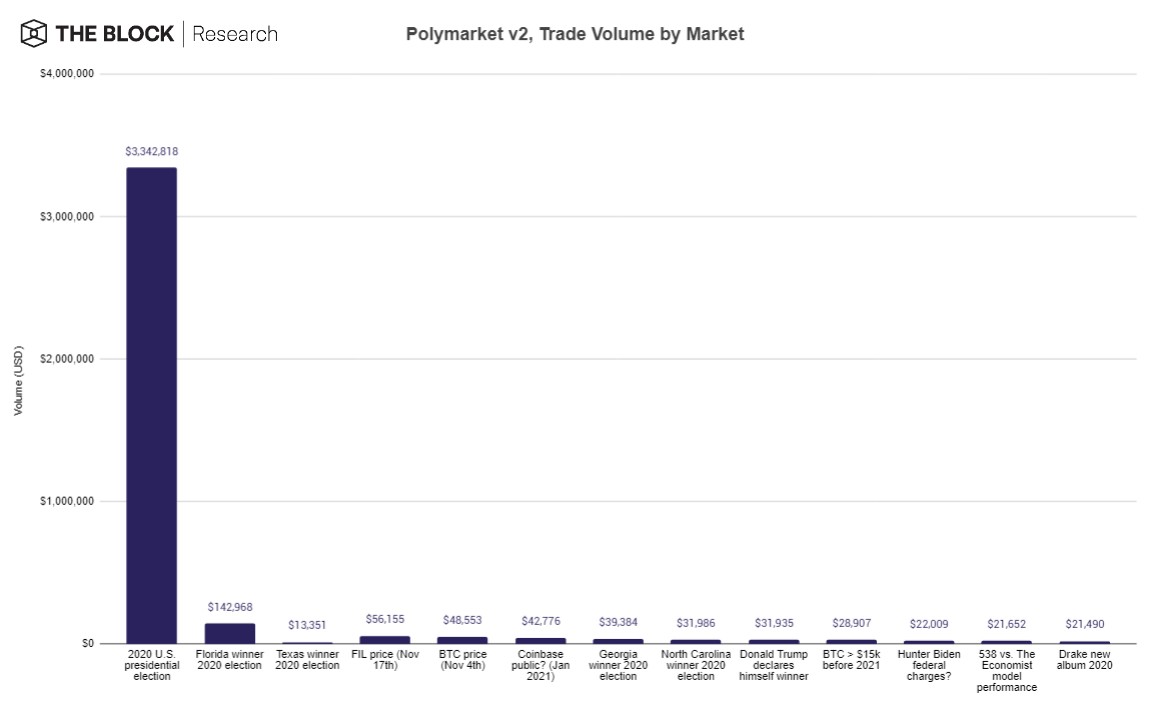