Bitcoin used to be far and away the most popular trading pair at crypto exchanges. These days, the distinction belongs to Tether.

Around 70% of the trading volume at exchanges is now denominated in Tether, while 15% is denominated in bitcoin and another 4% is in other stablecoins.

In the first quarter of 2017, bitcoin pairs were nearly 50% of the volume, while only 5% of spot volume was denominated in Tether, and USD pairs comprised about 40%, according to data compiled by The Block Research. 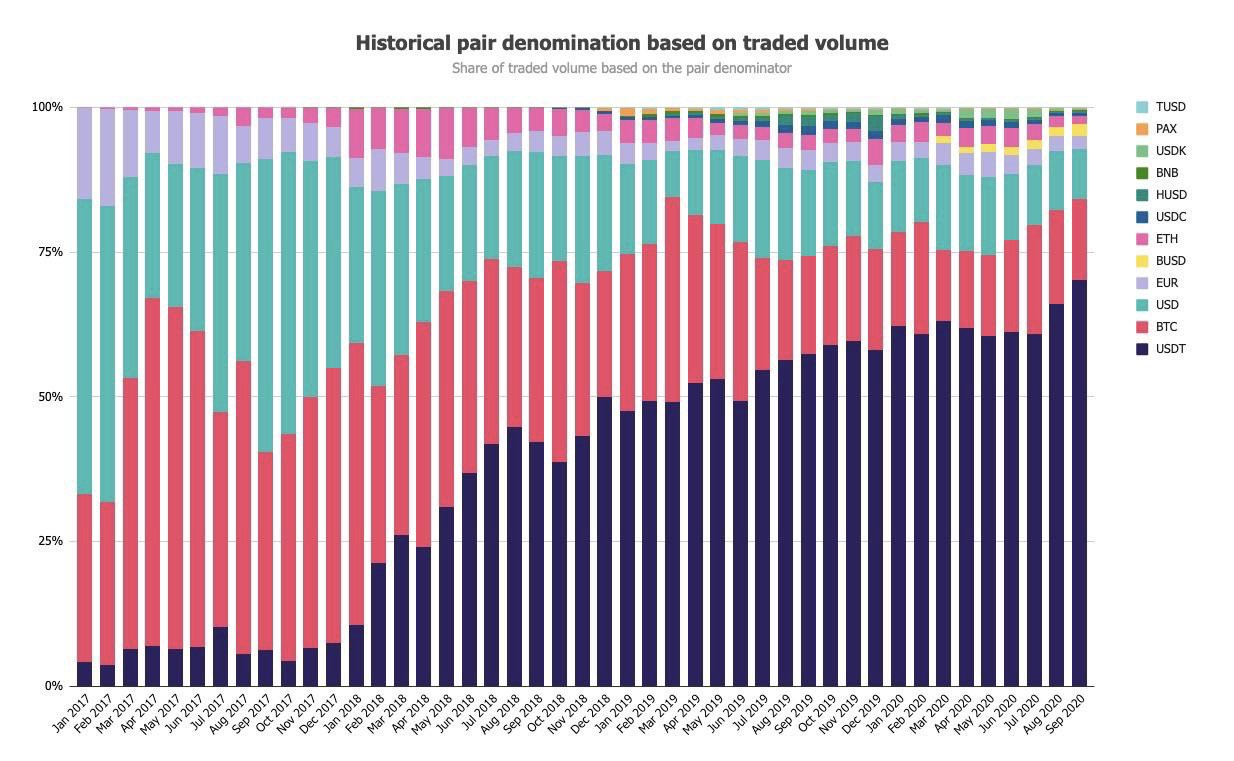 One explanation for the trend is the declining dominance of derivatives exchange, BitMEX. According to The Block Research's Larry Cermak, BitMEX only accepts BTC as collateral and the exchange's dominance in 2017 contributed to bitcoin's dominance as the base trading pair.

Now, competitors including OKEx, Huobi, and Binance are stealing market share away from BitMEX — and they all support Tether as collateral.

For more information about the Tetherization of trading, subscribe to The Block Research.