Stablecoin issuer Tether is today moving 1 billion USDT coins, or 8% of its total supply, from TRON to Ethereum blockchain.

Tether CTO Paolo Ardoino told The Block that "a cryptocurrency exchange is willing to swap part of its Tethers from TRC20 to ERC20." Ardoino declined to name the exchange, but The Block has learned that it is most likely Binance. Binance did not respond to a query by press time.

With the chain swap, USDT's supply on Ethereum will now increase to 8.5 billion, from the current 7.50 billion. Simultaneously, the supply on TRON would decrease from 4.30 billion to 3.30 billion. The current total supply of USDT is over 13 billion. 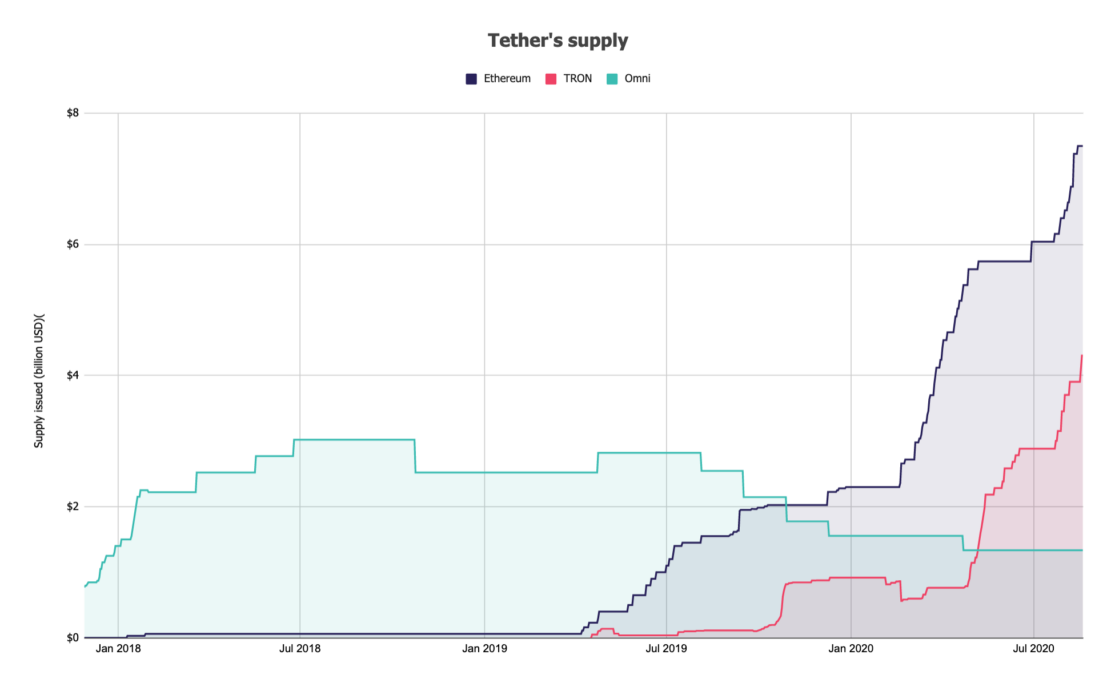 It is worth noting that stablecoin chain swaps generally occur when users demand to trade on one blockchain instead of another. Issuers and exchanges usually don't decide themselves.