But July also saw the DEX space hit another benchmark: an increase in the ratio of DEX-to-centralized exchange volume. The Block Research found that this ratio reached nearly 3.95%, a jump from June's 2.1%. Prior to June, the ratio had never surpassed 1%. 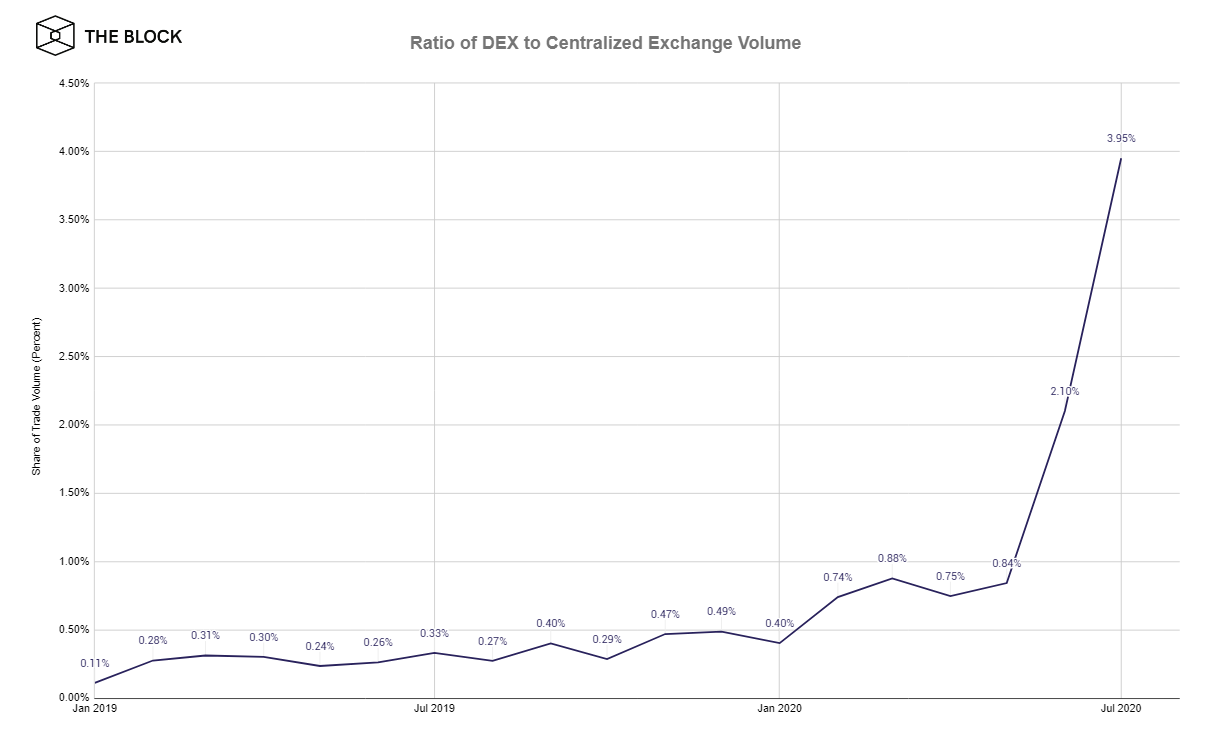 As reported by The Block, marketplaces Uniswap and Curve accounted for the bulk of July's trade traffic. Uniswap made up 41% of the volume, followed by Curve with 24%.

One reason to explain this positive trajectory is the emergence of new technologies that raise the scalability of decentralized exchanges, which lead to a more competitive exchange offering compared to centralized counterparts, according to a report by The Block's Mika Honkasalo.