Bitcoin and Ethereum crashed by 12% and 20% respectively in about 6 minutes as more than $1 billion of positions were liquidated.

About $1.1 billion worth of futures positions of more than 70,000 traders were liquidated across all exchanges, according to market data site Bybt. Nearly $400 million was liquidated on each OKEx and Huobi; followed by BitMEX ($164M) and Binance ($86M). 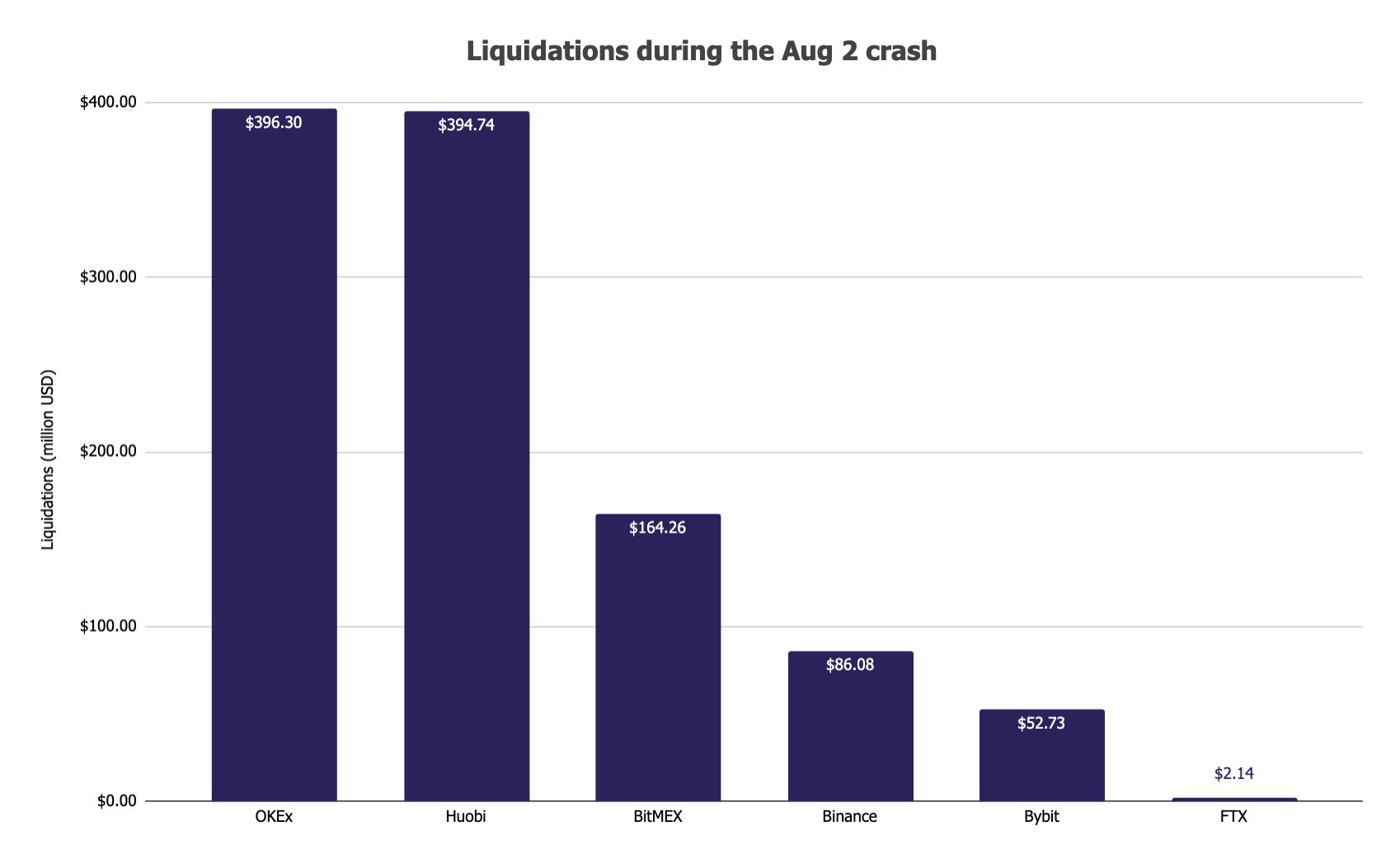 The largest single liquidation order worth $10 million happened on BitMEX's Bitcoin perpetual swap. Most of the liquidations, about $647 million, came from Bitcoin's futures, followed by Ethereum with $165 million of liquidations. 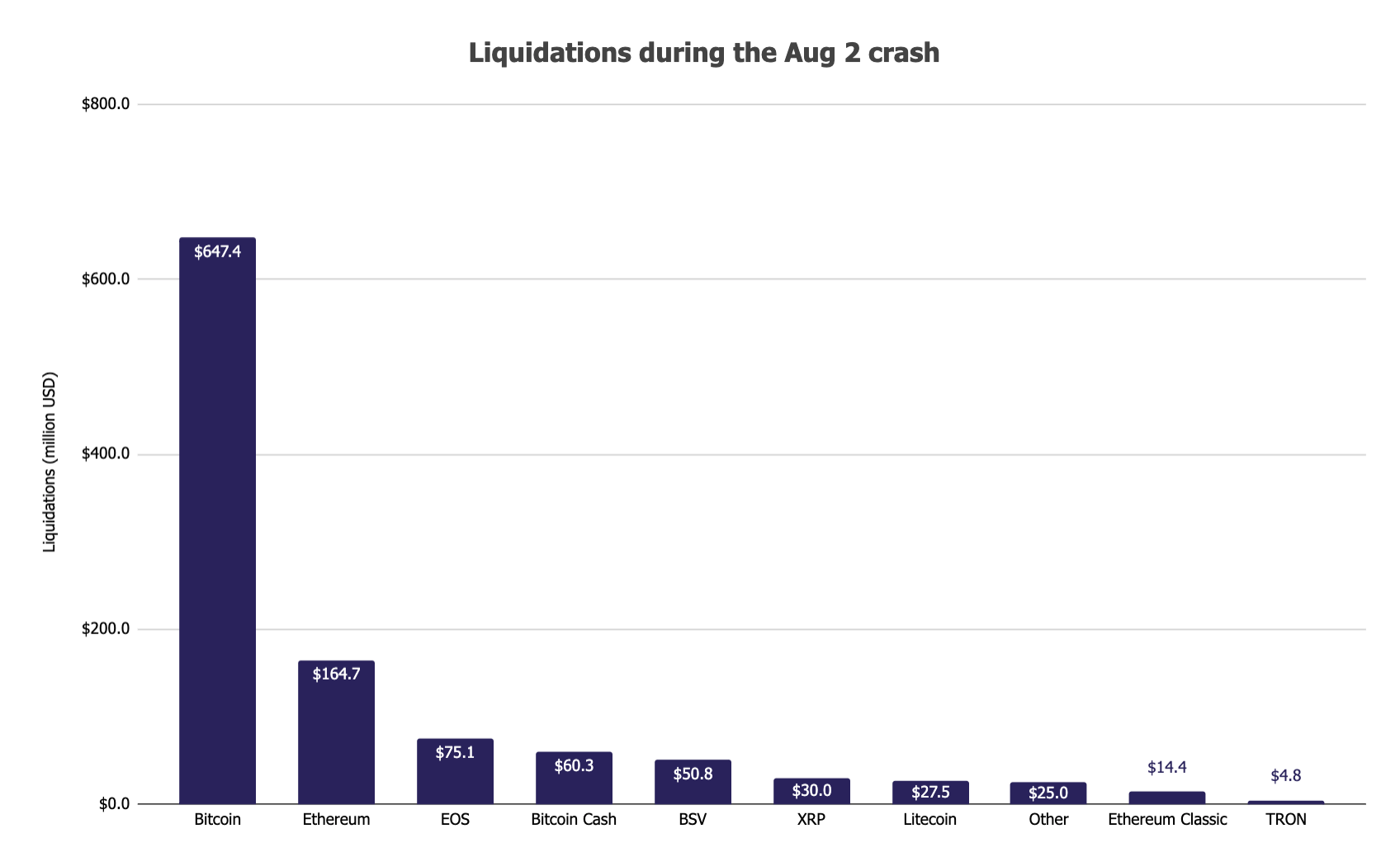