July ends with a bitcoin rally and the U.S. dollar's worst month in 10 years

The U.S. dollar suffered its worst month since 2010 as digital assets like bitcoin and ether ended July sharply higher.

As reported by The Financial Times, the dollar index — which measures the U.S. dollar's performance against six other government-issued currencies — fell by 4.3% in July, the largest monthly sell-off since September 2010. Against the euro, the U.S. dollar is down more than 4.6% this month, whereas the dollar fell by more than 3% against Japanese yen. 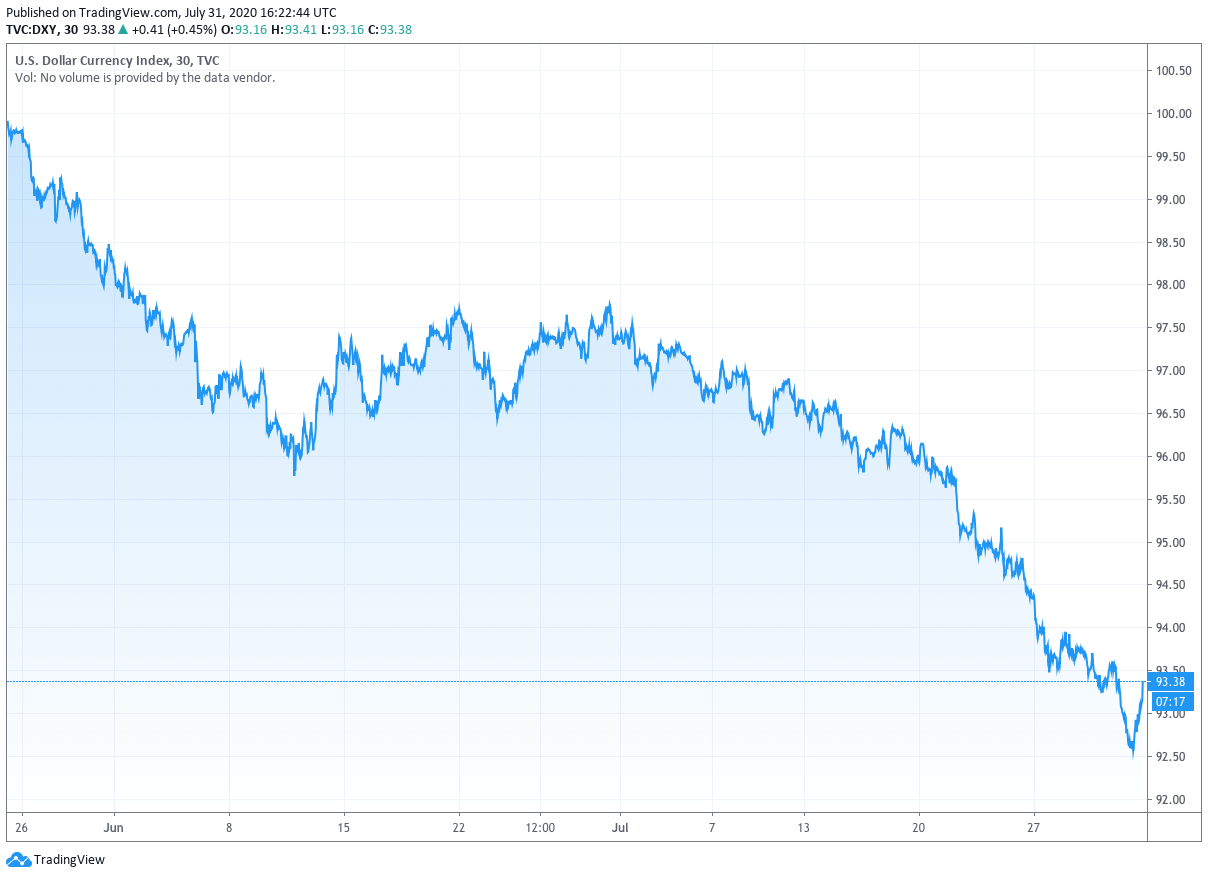 Underpinning the precipitous fall of greenbacks is a sustained period of mounting political and economic uncertainty. As The Block previously reported, earlier this week investment bank Goldman Sachs outlined emerging concerns that could jeopardize the U.S. dollar's reserve status.

"Combined with a record level of debt accumulation by the U.S. government, real concerns around the longevity of the U.S. dollar as a reserve currency have started to emerge," the bank explained in a research note to clients.

Furthermore, The Commerce Department reported U.S. GDP, at an annual rate, plunged by more than 32% in the second quarter, among the most severe contractions in its history. Meanwhile, Treasury bond yields have approached a record low following a statement by Federal Reserve chair Jerome Powell that reaffirmed its aggressive monetary policy stance against the crisis. As noted by The Wall Street Journal, the announcement pushed the 10-year yield to its third-lowest close of 2020.

Meanwhile, bitcoin continues to surge higher. Over the last month, the cryptocurrency gained more than 21%, propelled mostly by a rally that kicked off last week. Ether is up more than 48% since the beginning of July.